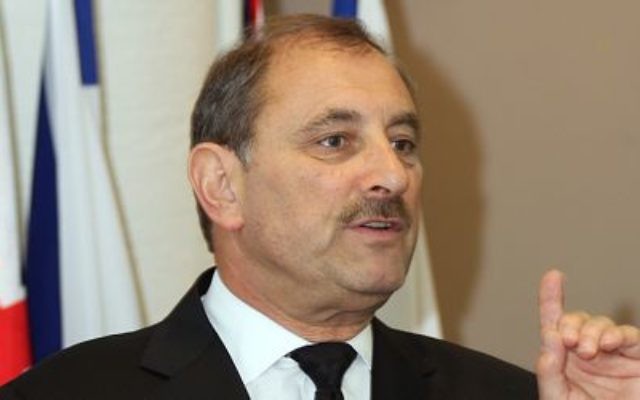 EXECUTIVE Council of Australian Jewry (ECAJ) president Robert Goot has been recognised as one of the world’s 100 most influential individuals in terms of their impact on the Jewish community.

Goot, who is also a vice-president of the World Jewish Congress and a leadership committee member of the Claims Conference, was included on the 2014 list of “the 100 people positively influencing Jewish life” published by landmark American Jewish journal Algemeiner.

The citation for Goot mentions the ECAJ’s criticism of the Australian government’s initial plans to weaken Section 18C of the Racial Discrimination Act and the roof body’s pronouncements on attempts to persuade Canberra to recognise a Palestinian state.

Goot told The AJN: “It’s very humbling but it’s a recognition of the great work that the ECAJ has done and continues to do both in Australia and internationally.”

ECAJ executive director Peter Wertheim said, “This is a great honour for Robert and, by reflection, for the ECAJ. It is a fitting tribute to Robert’s unstinting efforts over many decades in many communal leadership positions in Australia and on the World Jewish Congress and the Claims Conference.

“We wish Robert a hearty mazal tov and good health and strength to continue his outstanding service to Australian and world Jewry.