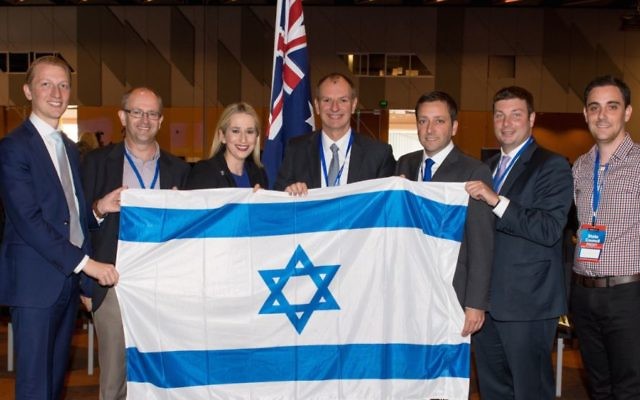 THE stage could be set for Foreign Affairs Minister Julie Bishop to greenlight a move of Australia’s Israel embassy to Jerusalem after the influential Victorian branch of the Liberal Party voted resoundingly for a switch from Tel Aviv.

Jewish leaders praised the Victorian Liberals for supporting an embassy relocation at their state council on Saturday (April 1).

Australia could be the first country to relocate its embassy to Jerusalem, a move also under debate in the United States.

The Liberal Party motion calls for a move “as soon as practicably possible”.

Kate Ashmor of the party’s Caulfield electorate conference, moved the motion, stating: “Jerusalem is the eternal capital city of the Jewish people, and of the sovereign and democratic State of Israel … where Australia’s embassy, and everyone else’s, belongs”.

“I am so proud and grateful to be a member of the Liberal Party which through prime ministers past and present, recognises the importance of our country’s relationship with Israel,” he said.

Jamie Hyams, who seconded the motion, said it was time to end a double standard where Israel is the only country that does not get to choose its own capital.

Zionist Federation of Australia president Danny Lamm said: “It’s terrific that the State Liberal Council has approved this move and I hope that Australia will follow the initiative, as I do that democratic nations, including the United States, will do the same.”

Zionism Victoria president Sharene Hambur said: “I welcome the resolution … and hope that this will add to the ongoing battle for recognition of Jerusalem as the capital of Israel.”

Noting the state council “voted nearly unanimously to support this motion”, Australia/Israel & Jewish Affairs Council executive director Colin Rubenstein said: “At a time when Israel is repeatedly subject to misguided and biased attacks, it is comforting to see the rank and file members of a major political party express for it such overwhelming support”.

The initiative to move the embassy began in earnest last year when Senator James Paterson urged a relocation in his inaugural speech to Parliament.