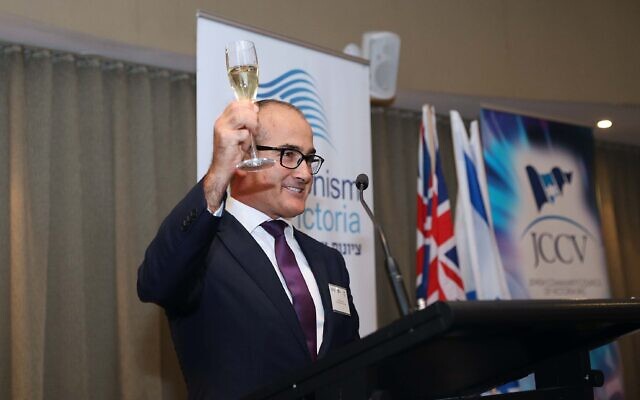 POLITICIANS and communal leaders joined Acting Premier James Merlino in raising a toast to Israel at The Hotel Windsor on Tuesday night, at a belated Yom Ha’atzmaut reception.

Zionism Victoria president Yossi Goldfarb welcomed Merlino, who spoke of his passion for the State of Israel and the ongoing partnership between the two nations. “I am delighted to be here to celebrate the anniversary of Israel’s independence day,” he said, observing that over the past 73 years, “Israel has built a prosperous, diverse, innovative and exciting nation. A place that the Jewish communities here in Victoria and around the world can be proud of”.

Merlino was met with a round of applause as he noted last year’s government initiative which introduced compulsory Holocaust education for all year 9 students in government schools across the state.

Merlino also recognised Gandel Philanthropy, which has partnered with the Victorian government to roll out 110 extra teaching teams to undertake professional development with the Jewish Holocaust Centre before the end of 2022.

Reflecting on the prominent roles members of the Jewish community have played in Victoria, he said, “As a state we are so proud of that contribution across all aspects of our society and proud to celebrate the cultural, linguistic and religious diversity of all the communities that call Victoria home.”

Israel’s interim ambassador, Jonathan Peled, meanwhile, spoke of “the sense of kinship and true friendship between Australia and Israel and the special bond between our two peoples”, the historical significance of this friendship and of a potential for expanded trade agreements. 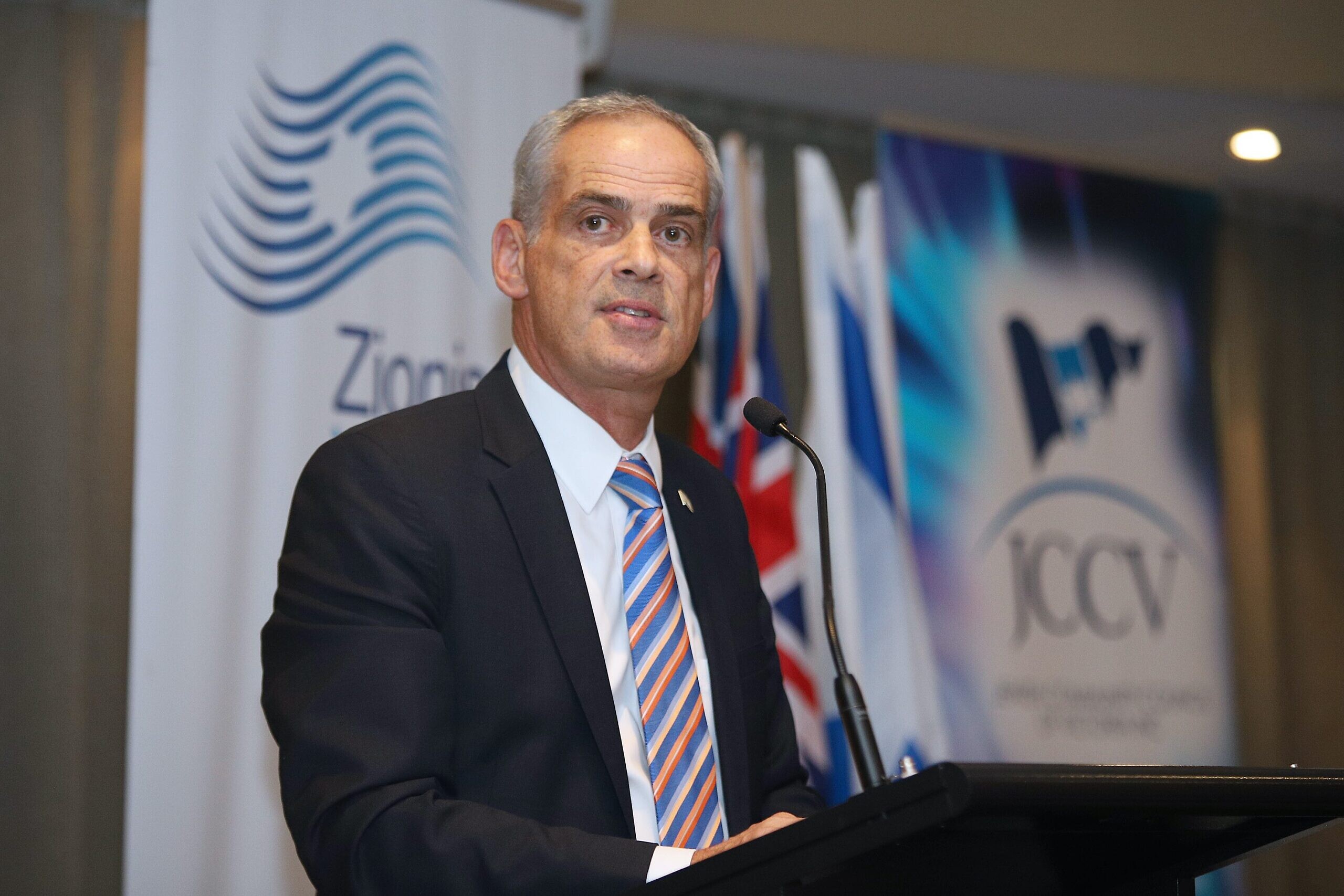 New Jewish Community Council of Victoria (JCCV) president, Daniel Aghion, introduced state opposition leader Michael O’Brien, whose ties to the Jewish community stretch back to his time studying at Melbourne University, where he joined the Melbourne University Jewish Students Society to show his support for Israel during the Gulf War.

O’Brien spoke of the strength and endurance of the Israeli people, acknowledging Israel’s vaccine rollout as a “world leading effort” and stressing the mutual benefit of the relationship between Israel and Australia.

He finished by stating, “The bipartisan nature of support for Israel in this room, in this state, in this country is the bedrock of politics in Australia and long may it stay the same.”