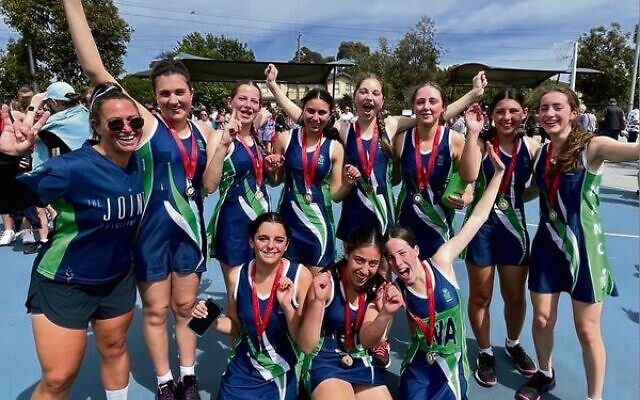 A solid start and a brilliant finish earned the Maccabi-AJAX Netball Club’s U15 Jaguars team a five-point grand final win over the St Pats Emeralds last weekend. Scores were level at half-time, but the Jaguars were able to find an extra gear, to win by 23-18.

Best on ground, as voted by the umpires, was Gisele Berman, who played brilliantly in defence with Sienna Peleg.

Accurate shooting by Zadie Bock and Abi Kausman, and great coaching by Tali Friede, were other key factors. Mazal tov to the whole team.

Good cricket all round

After nine rounds, Mercantile Cricket Association men’s Sunday A grade premiers, Maccabi-AJAX, remain on top of the 10-team ladder on 24 points with the CUCC Kings, but ahead of them on net run rate.

The Jewish club’s First XI (4/107) won the toss last Sunday and sent the eighth-placed Melbourne Ramblers (10/103) in to bat, which proved a wise choice.

Maccabi only lost four wickets in their successful chase.

In a close B southeast grade match, the Maccabi-AJAX Second XI (10/141) lost by two wickets to Clayton (8/147), to remain in eighth place, but just eight points outside of the top four. Sent in to bat first, Maccab-AJAX struggled, but handy knocks were made by Marley Israel (run out on 49), and Steve Lustig (26).

Tight bowling saw Maccabi only concede six extras, and every effort was made in the field to take chances and save runs.

They were well supported by Eli Barr, who took 3/24 in his seven overs – all top order scalps – but Clayton’s lower order batters survived long enough to seal a narrow win.

In Sunday C grade, eighth-placed Maccabi-AJAX had a one-wicket loss to Parkville despite a brilliant contribution by Jeremy Hoppe of scoring 44 runs and taking 4/22.

FOOTY
Pre-season under way at AJAX 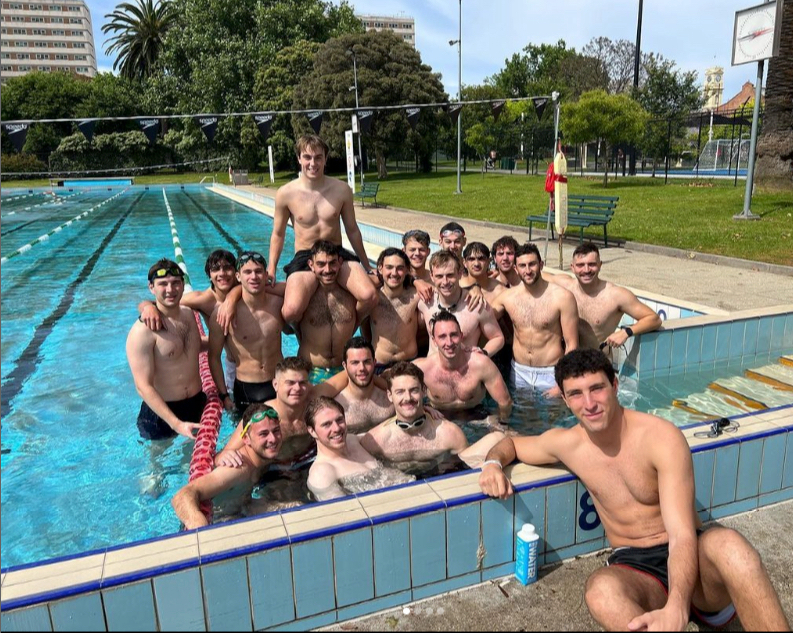 These training sessions, which will continue through to mid-December and resume in January, are open to all the senior players, so some of the women’s Jackettes squad members have been joining in too, in addition to their regular training sessions with coach Joe Nankin.

Meanwhile, Ryan White has been appointed head coach of the club’s men’s development team, and will be assisted by Dom Truter.

And the senior and junior club has secured a new five-year major sponsorship deal with Gary Peer Real Estate.

Volunteer for Junior Carni in January

With Melbourne hosting the 2023 Maccabi Junior National Carnival from January 15-22, Maccabi Victoria is seeking more youth leaders to volunteer their time, get active, and enjoy giving back to the community to ensure this important event for Jewish boys and girls from four Maccabi states goes smoothly.

To register an expression of interest to volunteer, email teamvic@macvic.com.au