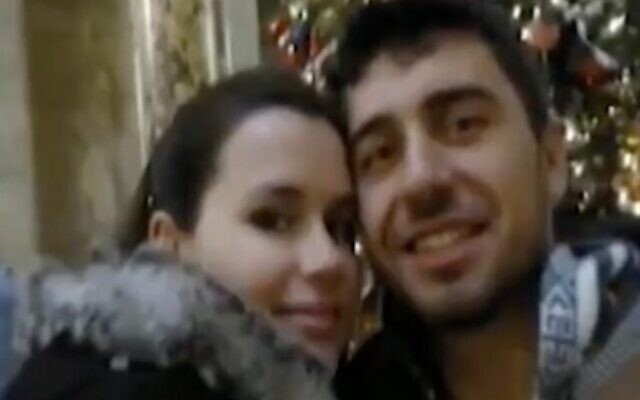 AN Iranian propaganda video posted online in the past few days has revealed freed Australian academic Kylie Moore-Gilbert married an Israeli man of Russian heritage, Ruslan Hodorov, under a chuppah in 2017.

Moore-Gilbert was a Melbourne University lecturer on Middle Eastern studies when she was picked up at Tehran airport as she tried to leave the country after attending an academic conference in 2018.

She was sent to Tehran’s notorious Evin prison, convicted of spying and sentenced to 10 years. She had vehemently denied the charges and maintained her innocence.

In a three-part video on the Iranian-American Trial Lawyers Association’s Twitter page, it’s claimed Moore-Gilbert converted to Judaism in the late 2000s while travelling in Israel; and the video also shows her visiting the Kotel.

Australian media reported last week that Iranian authorities had detained Moore-Gilbert after discovering she was in a relationship with an Israeli citizen, sparking Iranian claims she was a spy for Israel.

The Australian government and Moore-Gilbert both rejected the allegations. 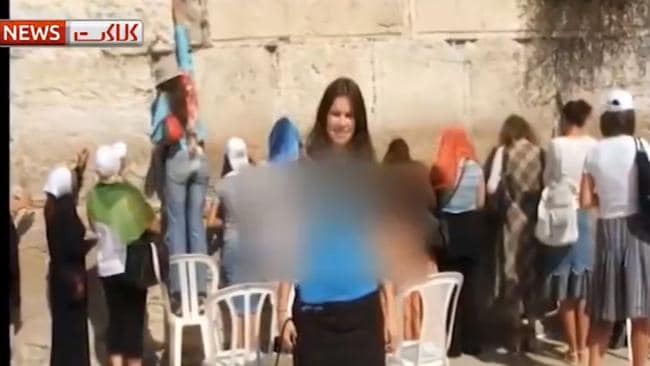 Moore-Gilbert at the Western Wall in Jerusalem. Photo: Twitter

Meanwhile, the Australia/Israel & Jewish Affairs Council (AIJAC) has warned that the release of three Iranians – who were involved in a botched 2012 bomb plot against Israeli diplomats – in exchange for Moore-Gilbert “will again present a threat of terrorist violence to innocent people”.

“If, as credibly reported, Dr Moore-Gilbert was ‘exchanged’ for Iranians imprisoned for terrorist offences, including trying to murder the Israeli ambassador to Thailand, that underlines Iran’s ruthless and indefensible behaviour,” AIJAC said.

Stating, “Holding innocent people hostage in exchange for terrorists is typical of the tyrannical Iranian regime,” AIJAC added, “Unlike Dr Moore-Gilbert who has never posed a danger to anyone, now that these men are free they will again present a threat of terrorist violence to innocent people.”

Iran has released Australian-British academic Kylie Moore-Gilbert, who was serving a 10-year prison sentence for spying,…

Posted by The Australian Jewish News on Wednesday, November 25, 2020

Wentworth MP and former ambassador to Israel Dave Sharma, who had campaigned for Moore-Gilbert’s freedom, hailed her release as “tremendous news, and of such relief to Kylie and all her family and her many friends and supporters”, while Member for Macnamara Josh Burns said, “The 800-day nightmare is over. Australia is ready to welcome Kylie home with open arms.”

In a statement following her release, Moore-Gilbert said, “I came to Iran as a friend and with friendly intentions, and depart Iran with those sentiments not only still intact, but strengthened.”

She added, “It is with bittersweet feelings that I depart your country, despite the injustices which I have been subjected to.”