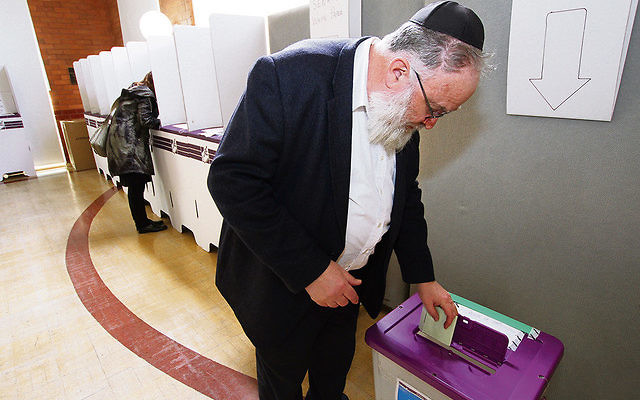 PRE-POLLING for the federal election opens on Monday, April 29, with the Australian Electoral Commission to release a list of voting locations later this week.

The official date of this year’s election is Saturday, May 18.

Uniquely in this election, the country’s two most populous Jewish electorates – Wentworth and Macnamara – will each feature fascinating contests.

Independent Kerryn Phelps prevailed in a tight race, becoming the first Jewish female elected to federal parliament and enters this election as the incumbent MP.

Former Australian ambassador to Israel Dave Sharma will recontest the seat for the Liberal Party, while Tim Murray is again the Labor candidate.

In a three-cornered contest, former Danby staffer Josh Burns will try to keep the newly renamed seat in Labor hands against challenges from the Liberals’ Kate Ashmor and the Greens’ Steph Hodgins-May.

Other seats with significant Jewish populations include Kingsford Smith and Bradfield in Sydney and Kooyong, held by Treasurer Josh Frydenberg, Higgins and Goldstein in Melbourne.

The bigger picture sees the current Coalition government of Prime Minister Scott Morrison as the underdog against Labor, led by Bill Shorten.

Australian Jewry has deep and enduring links with both major parties, which should ensure the community has a staunch friend in Canberra no matter the result of the May 18 poll.

To find an early voting centre near you, visit www.aec.gov.au/election/voting.htm#voting.