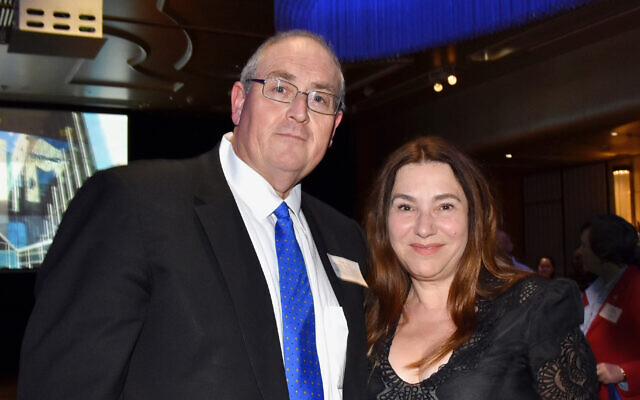 NSW Labor MLC Walt Secord says converting to Judaism is “the logical step of a lifelong journey that was inevitable”.

Secord announced over the weekend that he is currently in the process of undergoing lessons through the Emanuel Synagogue, where he has been attending services with his Jewish partner of six years, Julia Levitina.

The shadow treasurer and deputy chair of the NSW Parliamentary Friends of Israel said he “loved every minute” he spent with Levitina while isolating due to the COVID-19 pandemic.

“And I said, ‘maybe we should get married’. She said, ‘Yes, but under the chuppah’,” he recalled.

“I said ‘yes, I think it’s probably time that I talked to the rabbi.'”

Secord, who has been to Israel four times, said conversion is something he has been thinking about “for a long, long time”.

Growing up on a Native American reserve in Canada, Secord’s childhood mentor – his father’s business partner – was a Holocaust survivor.

“He was Adass, very observant. That’s where I learnt about Jewish law and throughout my entire life, my life has been connected in some way to the Jewish community,” he said.

That included a three-year stint working as a journalist for The AJN between 1988 and 1991. Since entering State Parliament in 2011, Secord has proven to be a firm friend to the Jewish community and a staunch defender of Israel.

“I just feel that I have now an affinity with the Jewish community,” he said.

“I want to be buried next to Julia when the time comes in the Jewish cemetery.”

He said he is finding Hebrew lessons challenging – he has hired a private tutor – but is finding the conversion course exciting.

“I do know quite a bit about Judaism, just because of my lifelong connection.”

He added, “It’s not a decision that you make lightly and I know that. [I’m] going out publicly and actually saying it on Sky News and in the Parliament and in the Sunday Telegraph. I’m owning it.

“I’m saying that I’m joining the Jewish community and Julia’s people are my people.

“I’m very comfortable saying that it’s been a lifelong journey, it’s inevitable and hopefully at the end of next year that we can be married under the chuppah after I undergo the proper conversion process.”