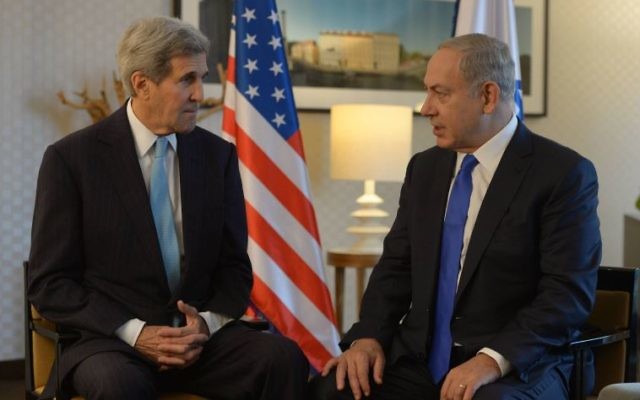 JERUSALEM – The United Nations is expected to intensify Israel’s diplomatic woes on Friday with a special meeting about the West Bank and East Jerusalem.

The meeting at the Security Council will discuss settlements as “the obstacle to peace and a two-state solution”.

To Israel’s relief it will not end with a vote or resolutions, but it is expected to be a long condemnation of Jerusalem’s policies, heavily covered by media.

The meeting comes on the heels of American anger at plans for new settlement construction. The Israeli authority that approves West Bank building gave the green light to 98 new homes last week, with an option for 200 more at a later point.

The homes will be located an hour north of Jerusalem, near the settlement of Shilo – and as they are not in the settlement’s existing residential area, much of the international community believes they will constitute a new settlement, and break Israeli guarantees not to establish new settlements.

Benjamin Netanyahu, Israel’s Prime Minister, tried to calm US Secretary of State John Kerry during a phone call on Saturday night. Netanyahu said that the homes would be part of Shilo and not represent a new settlement, and suggested that it is not yet definite that they will be built.

Netanyahu is believed to have told Kerry that the first 98 homes are for settlers from the Amona outpost, which is due to be evacuated on the order of Israel’s Supreme Court, and if a different solution can be found for the Amona residents, the new units may not be needed.

But whether or not the US accepts Israel’s categorisation as a Shilo expansion rather than a new settlement, the friction between Washington and Jerusalem on the issue stands. The State Department spokesman who lambasted the plans, Mark Toner, was clear that the US does not see the need to evacuate outpost settlers as justifying settlement homes elsewhere.

Toner was unusually cutting in his response to the building plan, and suggested that it showed a lack of respect from Jerusalem for Washington. “It is deeply troubling, in the wake of Israel and the US concluding an unprecedented agreement on military assistance designed to further strengthen Israel’s security, that Israel would take a decision so contrary to its long-term security interest in a peaceful resolution of its conflict with the Palestinians,” he said.

Israel’s Foreign Ministry responded to the controversy by stressing that Israel “remains committed to a solution of two states for two peoples, in which a demilitarised Palestinian state recognises the Jewish state of Israel”, and said that the “real obstacle to peace” is not settlements but Palestinian unwillingness to accept the Jewish State.