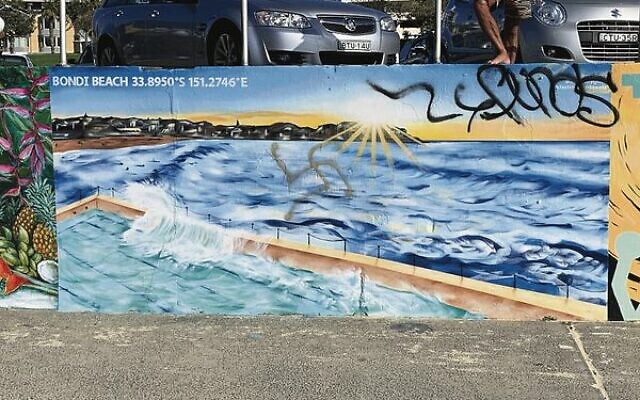 A motion to formally adopt the definition and calling on other public bodies to do so passed 9-1 at the council’s meeting on Tuesday night.

Cr Kay, who introduced the motion, said Waverley Council is “leading the way at the local government level in Australia and making it clear that antisemitism has no place in our community”.

“By adopting this definition and its contemporary examples, we commence our journey towards better dialogue, better understanding, and better actions on identifying and dealing with antisemitism in all its forms,” he said.

“While there are obvious acts of antisemitism, such as the swastikas scrawled across Bondi Beach walls, other behaviours which too often fall below the radar need to be called out too.

“The definition … will be an excellent guide to new conversations and actions around antisemitism to create a safer and more welcoming Waverley.”

Labor councillor Steven Lewis, who is Jewish, said it was important that the council “passed the adoption of the IHRA definition in a bipartisan way”.

“Fighting antisemitism is not a political issue. It’s a moral issue,” he said.

“The council has the highest percentage of Jewish residents in Australia and it’s to its credit that it is I think the first council in Australia to have adopted the resolution.

“It shows that Waverley Council is prepared to take the lead and we hope that other councils will shortly follow.”

NSW Jewish Board of Deputies CEO Darren Bark said, “By Waverley Council passing this motion we have added another tool, and most importantly a strong partner, in the fight against antisemitism.

“As we said in our endorsement to Council on this motion, bigotry, hate speech and racially motivated violence have no place in Australia – and now even closer to home, no place in the Waverley LGA.”

The council’s adoption of the IHRA definition follows Prime Minister Scott Morrison’s announcement in October that Australia will adopt it.