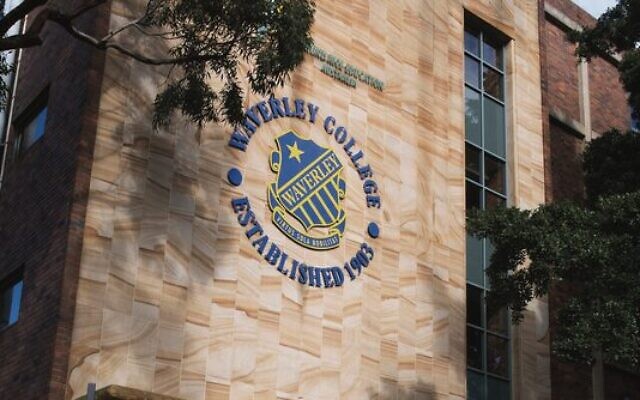 NSW Jewish Board of Deputies CEO Darren Bark said he is “troubled” by reports that the scrawling of a Nazi symbol on a schoolboy’s wrist at Waverley College was not deemed antisemitic.

The school in Sydney’s eastern suburbs is the latest to be embroiled in controversy, with reports suggesting the exclusive boys’ Catholic school has a “strong culture” of antisemitism.

A current, unnamed student at the school told The Daily Telegraph that it is not uncommon to hear antisemitic slurs in the hallways and see Nazi salutes being performed. They also said Jewish students and staff had been targeted, while vile phrases such as “f**k the Jews”, “you Jewish sl**” and “I idolise Hitler” had been heard on school grounds. The student also described an incident that reportedly took place last year where a passing Jewish family were abused by students over the school fence.

It comes after six year 9 students at the school were expelled for forcing humiliating hazing behaviour on a large group of year 7 students, who were taken into a classroom without CCTV cameras over three days in October.

During the hazing incident one year 7 student had a Nazi swastika drawn on his wrist. When a parent raised the issue, they claimed to have been told by Waverley College that the school had consulted local Jewish groups who told them there was nothing racist about the drawings as the year 9 boys were only trying to get the younger kids in trouble.

But Bark said the school “downplayed” the incident.

“Nazi symbols, in particular the Nazi swastika, are an internationally recognised symbol of hate that are now illegal in NSW. Sadly, our school children are not getting the message,” Bark said.

“In recent months, we have seen a culture of Nazi symbols and salutes being performed in public and private schools across NSW. This abhorrent behaviour needs to stop.

“The NSW Jewish Board of Deputies has been working closely with a number of schools whose students have been involved in antisemitic bullying, and we look forward to meeting with Waverley College and facilitating a visit to the Sydney Jewish Museum for the students involved in these despicable acts.

“We commend the NSW government and opposition for their strong opposition to faith-based bullying in our schools and will continue working with MPs from both sides until this appalling behaviour is eliminated.”