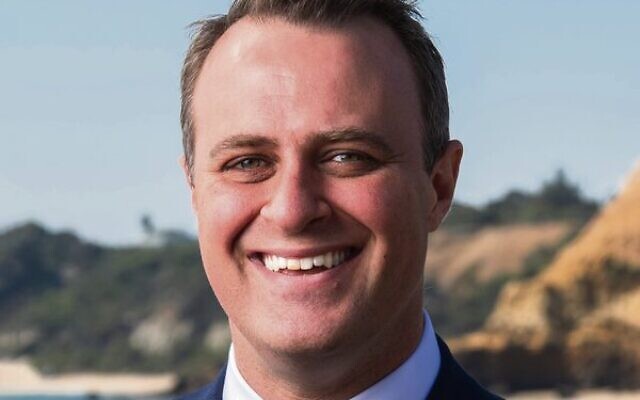 AUSTRALIA “faces an uncertain future, and what we need now more than ever is stable government, majority government … We need strong policy on the economy, on tax, on national security,” said Tim Wilson, Liberal MP for Goldstein.

Asked about the independents running nationwide, Wilson said they were “claiming they’re political cleanskins … their only stated intention is to weaken Australia to a hung Parliament”.

On BDS against Israel, Wilson said, “Sitting at the heart of the BDS movement is a deep antisemitism and a selective focus targeting Israel on a standard that would never be applied to any other country. It’s not just disgusting and despicable, it’s antisemitism that needs to be called out. That’s one of the reasons I’ve always believed in free speech – because bigots out themselves.”

On his record of wanting a dilution of the 18C free-speech limitations in the Racial Discrimination Act – protections of discrimination victims strongly supported by independent Zoe Daniel – Wilson charged, “My opponent wants to focus on this to distract from the antisemitism that’s been exposed in her campaign,” condemning her refusal to withdraw her endorsement of a letter calling for pro-Palestinian advocacy journalism.

“The Morrison government has backed in the IHRA [International Holocaust Remembrance Alliance] definition of antisemitism and I’m happy and proud to support that,” he added.

Wilson, who is Assistant Minister for Industry, Energy and Emissions Reduction, said, “We also need a practical plan to decarbonise Australia and take the whole of the country with us, backed up with a track record of cutting emissions, not just a lot of hot air and platitudes.”

Asked if his government is solidly behind climate reform after former Coalition Resources Minister Matt Canavan cast doubt on the net-zero-by-2050 target, Wilson claimed the target “is an absolute, rock-solid commitment”.

On managing the pandemic, Wilson rebuffed suggestions his government failed to deliver vaccines promptly and sufficiently last year, claiming, “We did everything we could to support residents to get access to the vaccines.”