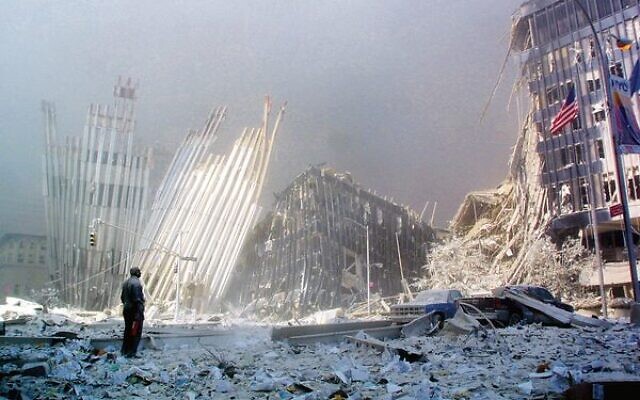 A man stands in the rubble after the collapse of the first World Trade Centre Tower on September 11, 2001. Photo: AFP Photo/Doug Kanter

FORMER New Yorker Dr Jonathan Barnett, treasurer of Progressive Judaism Victoria and founder of Jewish LGBTIQ advocacy group Keshet Australia, would not be an Australian citizen but for the 2001 attacks on the US.

“I’m in Australia today partly due to the pressures and the need to move on with my life and the crisis that 9/11 created,” said Barnett, managing director of Basic Expert, a forensic and fire-safety engineering firm, who moved here in 2009 after numerous professional visits.

Barnett testified to a US Congressional probe into the 9/11 attacks on behalf of the American Society of Civil Engineers (ASCE) and the US Federal Emergency Management Agency (FEMA).

As soon as rescue efforts at the World Trade Centre (WTC) ended, Barnett and his team were admitted to begin their forensic investigation. 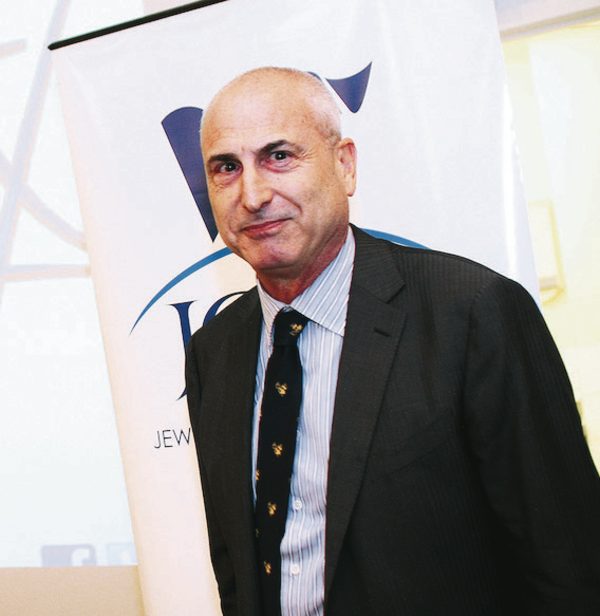 “While we were there, they were removing remains of victims,” he recalled to The AJN, noting debris was taken off-site for sifting human body parts.

Barnett testified to Congress’s House Science Committee in 2002, explaining why the buildings collapsed after the airliners struck. When the WTC was built in the 1960s, its structural engineer claimed the towers could withstand an airliner crash but had not factored in heat from the fire, which on 9/11 critically weakened the towers’ cores.

Conspiracy theorists have claimed the WTC was not brought down by Al-Qaeda. They alleged Tower 7, an ancillary building already evacuated when it collapsed after the main towers, was destroyed in a controlled demolition. Barnett has debunked these claims, citing forensics that indicated a collapse due to flaming debris from the North Tower.

As a media spokesperson for the ASCE-FEMA investigation, Barnett was contacted by a far-right organisation “absolutely convinced that this was a US-Israel plot to justify war against Arab countries”, he recounted.

The caller put to Barnett that 9/11 was a Jewish conspiracy, falsely claiming no Jews went to work in the WTC that day. (In fact, State Department figures indicate that 200-400 Jews were among the almost 3000 who died at Ground Zero).

“I said before we go any further, you should know I’m Jewish. At that point, instead of calling me

Dr Barnett, it became Rabbi Barnett … It was very difficult for me because my instinct was to hang up on him, but I’m the official spokesman, I can’t do that. I had to continue, even though he could be as antisemitic as he wanted.”

Barnett recalled the frantic hours after the attacks, beefing up security at a synagogue in Massachusetts where he lived at the time. Now in Temple Beth Israel’s volunteer security team, he said, “We have to be ever vigilant.”