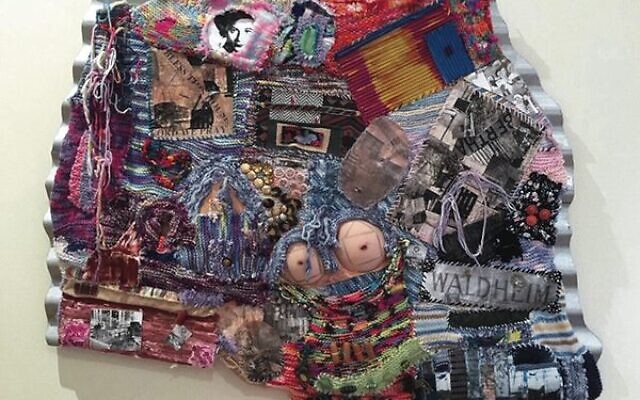 Birthed by one mother and raised by two is a common theme in South Africa. However, it’s not one where the long-term effects have been properly processed.

Elana Leigh, a psychotherapist who has practised privately for 35 years, can now add artist to her list of accomplishments, with her exhibition Behind the Door: A Story of Being Raised by Two Mothers.

“My love is to work across cultures, and that comes from having been raised in apartheid South Africa where I had this incredibly intense relationship with my nanny who raised me, and the intricate difficulties that really inhabit having two mothers – one black and one white,” she told The AJN.

“Many South Africans will talk lovingly about their nannies, and they may romanticise them. But in my experience, we have not collectively worked with what it meant to be raised by a black woman and a white woman, and somewhere that black woman became more and more invisible.”

Leigh acknowledges that most nannies give up decades of their own lives to raise other people’s children, and said her nanny, Selina, and her family, became part of her ecosystem.

“I don’t think we were raised in nuclear systems in South Africa,” she recalled. “I grew up with my parents, and my brother and sister. And I had a nanny, and I had a cook, and I had a gardener. And I had all my nanny’s children. They were my first friends. I grew up in an extended family in the same house.”

Leigh still has a relationship with her nanny’s family, saying out of her siblings, she was the one who was most attached.

“When Selina died, it was enormous grief for me in losing her, she was absolutely the anchor in my life,” she said, explaining that every time she went to visit, she took hundreds of photos trying to capture every part of her nanny’s life.

In her grief, she found an art therapist, acknowledging that she needed to tell her story in a different way, not through words.

“[My mother’s] passion was knitting,” Leigh explained. “So I worked with my mother’s wool and the images of Selina. And I began to try to integrate the two women … to make sense of how I could hold these two women in a way that felt peaceful rather than fragmented.” 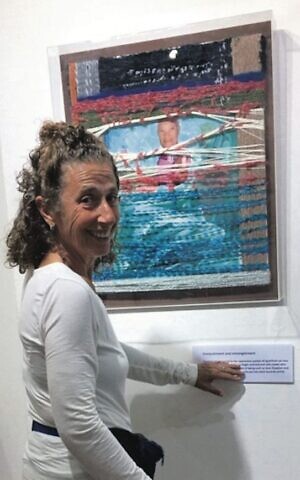 The result is Behind the Door, something that Leigh is excited about.

“This exhibition has felt like an important way to put a full stop, or end this chapter. But also give a voice to this subject, that is not really alive,” Leigh explained, before continuing to say that while people do engage with the subject, there is tremendous guilt, shame and complex feelings surrounding it.

“It is a tribute to my mothers who I loved individually and collectively, a great deal. But more so, it’s a tribute to a story. To bring to light a story that remains invisible and not spoken about. To give it a presence, and to give it a name, and to say ‘look guys, this really does happen to many people’. Any child may have a guardian, nanny, babysitter or grandmother who is special, who stood in loco parentis. It’s important to look at who made us and who we become in a bigger perspective.”

While Leigh is nervous, saying “There’s always trepidation when you break a silence,” she said she’s also curious.

“I feel curious about what will come of this.”

Behind the Door: A Story of Being Raised by Two Mothers is on until Sunday, June 26 at TAP Gallery, Surry Hills.