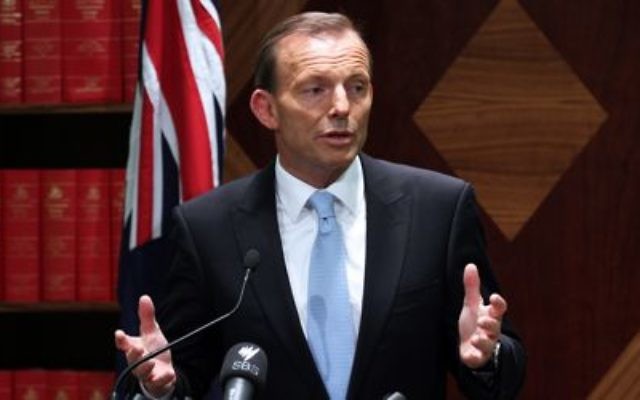 THE Executive Council of Australian Jewry (ECAJ) says incoming Prime Minister Tony Abbott  has been given a “clear mandate to govern” in a letter of congratulations sent to the Liberal leader.

The Prime Minister-elect and incoming government have also received wishes of congratulations from the leadership of the Australia/Israel and Jewish Affairs Council (AIJAC), hailing them as “exceptional friends” of both the Jewish State and community.

The ECAJ’s letter, from both president Danny Lamm and executive director Peter Wertheim, congratulated Abbott and the Coalition on a  “decisive victory”.

“Although votes are still being tallied and the final results in some seats and in the Senate may not be known for several days, there can be no doubt that the people of Australia have given the government you will lead a handsome majority in the House of Representatives and a clear mandate to govern,” they said.

“We very much look forward to continuing the excellent working relationship we have had with you in dealing with a wide range of policy areas of concern to our community.

“We extend our best wishes to you personally and to your government in the important tasks that lie ahead in leading our wonderful country.”

“Prime Minister-elect Tony Abbott and Foreign Minister-elect Julie Bishop, with their colleagues, have been exceptional friends of Israel and the Jewish community in opposition and we look forward to this steadfast support continuing in government,” they said.

“We welcome the Coalition’s commitment to upgrade relations with Israel, including closer trade and investment ties and opposition to the discriminatory and destructive campaign for Boycott, Divestment and Sanctions [BDS] against Israel.

They added that AIJAC is looking forward to continuing to work with parliamentarians “from across the political spectrum” to strengthen Australia’s ties with Israel, oppose terrorism, bolster human rights and enhance multiculturalism in Australia.