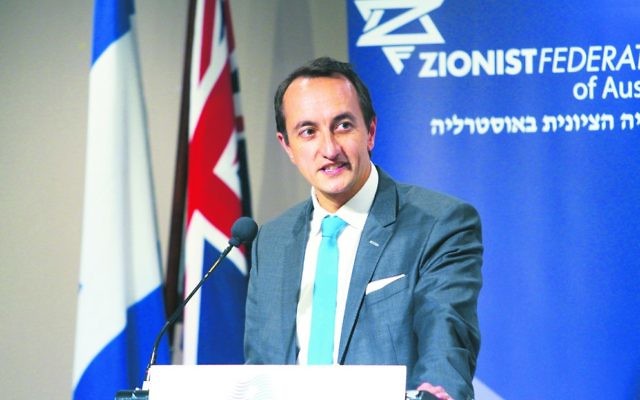 Former PM Turnbull is expected to officially announce his retirement from politics on Friday, meaning a by-election could be held as early as October 6.

Although Turnbull increased his two-party preferred margin from five per cent in 2004 to 17 per cent in 2016, a ReachTEL poll conducted on Monday night has revealed that the seat could fall out of Liberal hands should independent Jewish candidate Kerryn Phelps run.

The Daily Telegraph reported that the poll of 886 respondents showed the Liberal primary vote crashing from 62 per cent to just 39 per cent.

With Labor preferences aiding Phelps, the two party preferred vote would be 50-50.

Citing polling booths in Clovelly in the 2016 election – where Turnbull’s personal popularity was not as high and Labor won the two-party preferred vote – a Liberal insider confirmed to The AJN that Wentworth in the post-Turnbull era is likely to be a much closer contest.

Career diplomat Sharma’s term as ambassador saw Australia-Israel ties strengthen and bilateral trade increase significantly. Since returning to Australia he has been a staunch advocate of the Jewish State.

He currently lives on the Upper North Shore but confirmed he would move to Wentworth if successful.

Thirty-four-year-old Bragg, who lives in the electorate, announced on Tuesday that he had resigned from his role at the Business Council of Australia to contest preselection. He has worked closely with Jewish community leaders and participated in the NSW Jewish Board of Deputies (JBOD) Berger Fellowship program to Israel last year, attending a number of JBOD functions since.

City of Sydney Councillor Christine Forster, the sister of former prime minister Tony Abbott, confirmed on Sunday night that she will be in the mix. But her link to Abbott, who played a prominent role in Turnbull’s downfall, may affect her campaign given Turnbull’s popularity in the ­electorate.

Turnbull’s son-in-law, army veteran and RSL president James Brown, confirmed to The AJN earlier this week that he would “not be putting my hand up”.

Phelps, a former Australian Medical Association president and also a Sydney of City Councillor, is yet to officially confirm whether she will run.