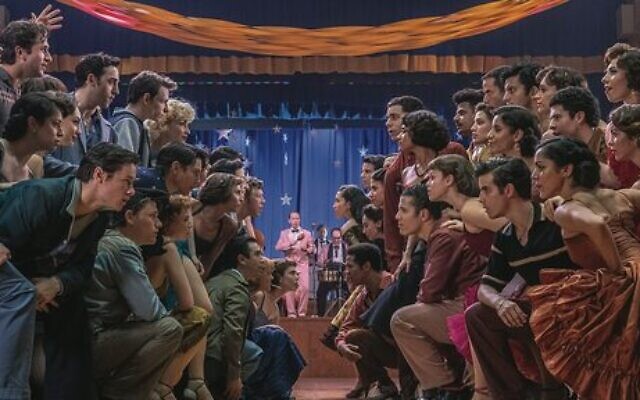 A scene in West Side Story. Photo: Niko Tavernise

It’s Broadway meets Hollywood with the latest rendition of West Side Story. The musical, which debuted on Broadway in 1957, ran for 732 performances in New York before going on tour.

And now, it’s being brought back to life with director Steven Spielberg’s vibrant revival – the first musical in his 47-year film career.

Spielberg’s version still centres on Maria (played by Rachel Zegler) and Tony (Ansel Elort), the Jets and the Sharks, and the star-crossed lovers story that was made famous first by Shakespeare.

The film has already received universal acclaim, most notably for Spielberg’s insistence on using Latinx actors, rather than white stand-ins, and his refusal to include subtitles on the Spanish dialogue. While many could argue that those who don’t speak Spanish won’t be able to understand what is going on, the scenes are so expressive that words are barely even needed.

Speaking to entertainment website IGN, Spielberg explained his decision, saying his chose not to subtitle the Spanish dialogue “out of respect for the inclusivity of our intentions to hire a totally Latinx cast to play the Sharks’ boys and girls.”

It was apparently an instruction that Spielberg handed down to Cindy Tolan who cast the movie – auditions were not to be taken for people who weren’t from Latinx countries or heritage.

“We looked a lot in Puerto Rico, we have 20 performers in our film from Puerto Rico or they’re Nuyorican,” he told IGN.

That was very important and that goes hand-in-hand with my reasoning for not subtitling the Spanish. If I subtitled the Spanish, I’d simply be doubling down on the English and giving English the power over the Spanish.

Spielberg and Kushner still retain the true essence of the story while providing a more inclusive, ethnically appropriate, and youthful rendition, sharing the tale for a new generation.

West Side Story opens in cinemas around Australia today (26 December).