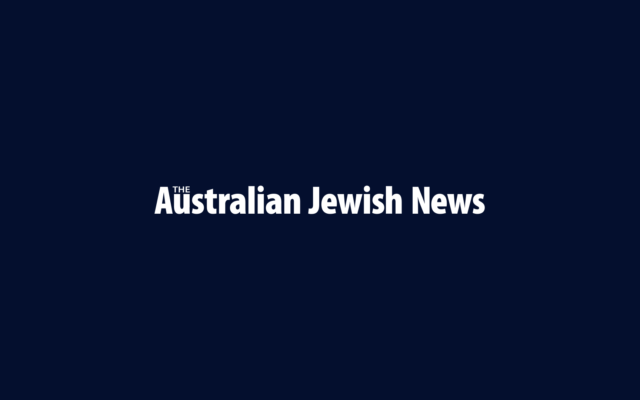 Just a fraction of the sickening comments that have been posted online since the mainstream media splashed news that a Jewish engagement party had been held last week in Melbourne, in defiance of lockdown regulations.

One poster, calling himself “Adolf Hitler”, wrote, “My deepest regret in life was not being able to finish the job 76 years ago.”

As a community we were alarmed, if not surprised, by the blatant antisemitism the incident engendered.

Some went further, asking whether the gathering would have precipitated such a media storm had it involved members of other ethnicities or religions. And likewise where were the comparable fines for other lockdown-breakers, whether the thousands who attend protest rallies or the handful who visit friends?

But it was the virulent antisemitism that stung most, the one silver lining being Victorian Premier Daniel Andrews’ unequivocal condemnation of such expressions of “pure evil” and his praise for our communal leaders who were steadfast in their condemnation of all and any illegal gatherings.

Sadly though, antisemitic attacks from outside the community are far from the full story, with the vitriol, rancour and invective being spat out within the community equally as disturbing.

It is not enough for some that the families involved have been targeted by antisemites, will pay the price for their misdemeanours and have to live with the shame. There are those who have wished them “pain and suffering” … and even more despicably, “short but miserable lives”.

There are those who say “Hope you all get COVID as a karma” or that “They do not deserve to be called Jews”.

There are those who want them to lose their livelihoods.

There are those who have made comments that are unprintable or that we choose not to repeat, for fear of adding to the unnecessary suffering they have already endured at the hands of the antisemites outside the community and haters within it.

There are others, meanwhile, inciting violence and issuing death threats against members of the community who spoke out against lockdown breaches on social media, voicing their disappointment at the actions of their co-religionists.

We have seen Jews branding other Jews “antisemites”, or “mosers” (informers deserving of ostracisation or capital punishment) merely for urging adherence to the law of the land.

Indeed, despite our communal outrage when people employ Holocaust analogies, there are those of us who have done precisely that – accusing staff at The AJN, among others, of being no better than Nazis and stating that they may as well be pushing their fellow Jews into the gas chambers.

(For the record, despite the misinformation being spread within certain sections of the community, The AJN did not break the story about the engagement party – we only reported a few basic facts after it had been splashed across other newspapers – nor did we leak it, or anything else, to the mainstream media or the DHSS. Furthermore, unlike other media, we never uploaded the video, named the families at the party or anyone else accused of breaching lockdowns, and we did not post images of the engaged couple with their faces visible.)

And we are not alone in being besmirched. A number of kosher caterers have also been forced to deny rumours that they were involved in the party.

But this is not about them or us.

And you are entitled to express your opinions. You are angry, it’s human.

But to stoop to the level of the poisonous abuse we have witnessed in recent days, with each side reviling the other, is beyond the pale.

To incite violence against fellow Jews, to accuse fellow Jews of being “kapos”, or to wish fellow Jews ill, is not just a travesty, but a shanda.

We have heard much of the “shame” that lawbreakers in our midst bring on the community. But those who employ such language bring just as much shame.

What have we become that we can turn on each other with such vituperative smears and profanities?

This week in the Melbourne edition of The AJN, we read of the Adass Israel School which opened its grounds to be a temporary testing hub. In the Sydney edition, meanwhile, we read of Our Big Kitchen preparing food and distributing it to police and frontline workers at the Bondi Beach clinic.

There is so much goodwill in our community that we can celebrate. To do so is particularly important at a time when we are all in lockdown, living under the dark cloud of COVID.

Our efforts must be focused on supporting each other until we can return to normality, not tearing strips off each other.

As Jews in the Diaspora, we face enough hostility – from neo-Nazis on the right to militant anti-Zionists on the left, and everything in between – without attacking each other in such a malignant fashion.

With the High Holy Days approaching, we are set to repent for a number of sins, including passing judgement, causeless hatred and evil talk.

We needn’t wait until Yom Kippur, however, to beat our chests. The time to reflect on our conduct is now.