LAST month, in the tight knit NSW Murray River town of Deniliquin, police arrived at a house to find a 42-year-old woman who, after suffering significant head injuries, was allegedly set on fire by her brother. She died at the scene.

Also last month, emergency services were called to a home in Bayswater North, in Melbourne where they found 32-year-old Michelle Darragh and her ex-partner Ben Coman with life-threatening injuries. Darragh, who was reportedly several weeks pregnant with her third child, died at the scene.

While these tragic murders didn’t take place nestled in the Melbourne and Sydney Jewish communities, the ongoing pattern of brutal violence against women did claim the life of one of our treasured Holocaust survivors this year.

As many will recall, in mid-May this year, police found the body of Holocaust survivor Judy Bednar in her Chelsea home in Melbourne.

The 78-year-old was allegedly murdered by her own son. Her son, Thomas Bednar, has denied these allegations.

Domestic violence and abuse is tragically a part of every community in Australia. In every religious or ethnic community, in well-off or struggling suburbs, metropolitan or regional, there are women who are facing abuse at the hands of loved ones, of former partners, of strangers on the street.

In Australia, on average one woman a week is killed by an intimate partner, while one in six women have reported being physically and/or sexually abused before the age of 15. 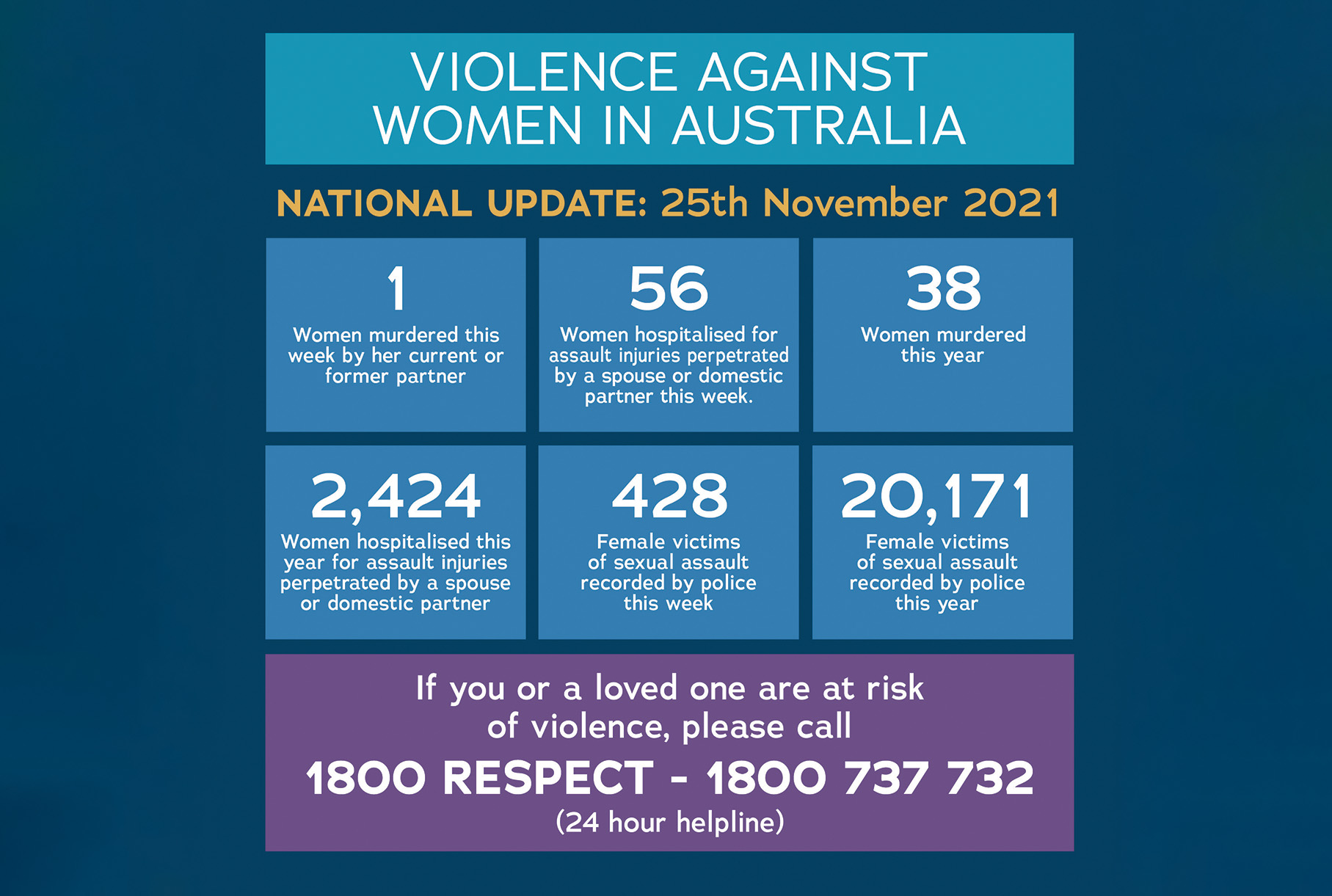 In discussion with Melinda Jones, president of the National Council of Jewish Women of Australia (NCJWA), about how to raise awareness, Jones raised an idea that stuck with me. What if we displayed the statistics for violence against women like we share COVID-19 statistics. Would people start listening then? Would people wait for the shocking statistic to pop up on their Twitter at 9am and start conversations with others about the extent of the problem?

Jones, along with many other Jewish women and men – rabbis and rebbetzins, community leaders, CEOs, youth advocates – have been fighting for change in the Jewish and wider community.

They note that domestic abuse comes in many forms, including emotional, social, religious, reproductive, financial, coercive, physical or sexual.

“In the public imagination, perpetrators of violence are beer-swilling blokes who swear, drive utes and maybe even have tattoos,” said Jones. “Yet violence by men towards women affects relationships at all levels of society, among every age-group, throughout every community. Race, religion, class or status do not protect women.”

She sees the only solution as instilling a respect for women that is “imbibed at a subconscious level”.

“A change in values begins with awareness,” she added, “An awareness that this epidemic is as serious as COVID and requires at least as much attention.”

Great to join locals to walk for the Elimination of Violence Against Women around Caulfield Park.

Last Thursday was a day for just that: the International Day for the Elimination of Violence against Women – the first day of UN Women’s 16 Days of Activism against Gender-Based Violence. The theme for the day is Orange the World.

Each day between November 25 and December 10 will represent a particular demographic who are affected by violence against women, including Indigenous women, women with disabilities and elderly women.

This year, the campaign will coincide with Chanukah, leading NCJWA to organise an event on December 2 called Chanukah’s Women: Facing Violence, which will give attendees a chance to hear stories from Jewish women who have experienced violence.

Nadene Alhadeff, CEO of Mum for Mum – an NCJWA NSW program that offers support to new and expecting mothers – is a passionate advocate for the cause who has assured that all 170 of her volunteers have been trained in how to recognise signs of domestic abuse or violence.

“To think that every day, all over the world, millions of women are living in fear of their, and often their children’s lives, sickens me to the core,” said Alhadeff, who recently held a panel discussion titled “What can our community do to tackle domestic violence,” which drew an audience of over 100.

She reported that pregnant women and women with young children are at greatest risk of domestic violence which is why she teamed up with JewishCare NSW who have provided domestic violence training to her volunteers.

According to JewishCare NSW in 2020, at any one time there could be 35-45 domestic violence clients seeking its assistance, with many seeking long-term help through housing, employment or mental health support services. 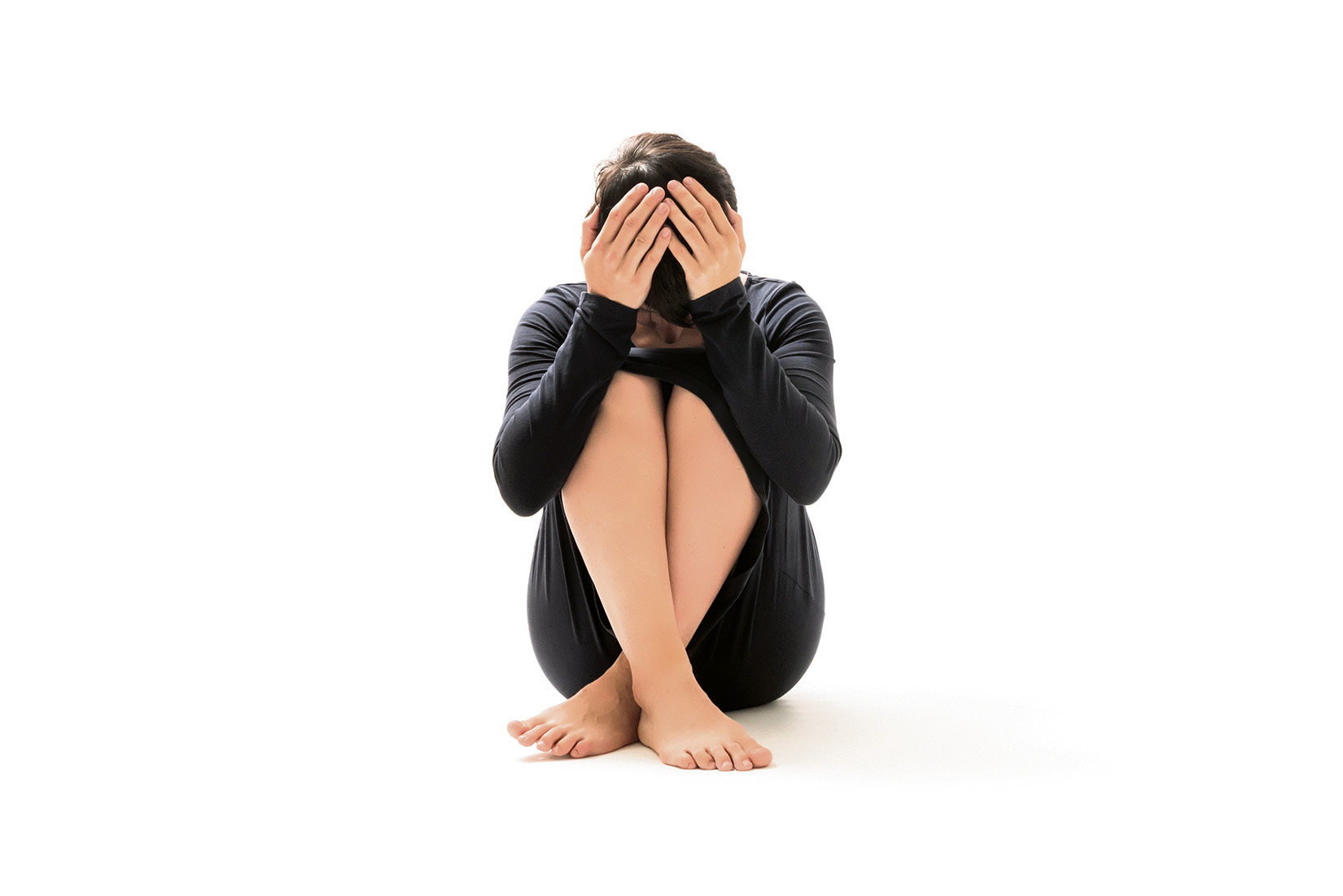 “We need to make it clear that we as a community are there for those who need support,” said CEO Rabbi Mendel Kastel. “[We need] for them to know we will listen and support them.”

To start up conversations, Jewish Care Victoria held a special event last week, titled the Macho Paradox, which focused on what men and boys can do to engage meaningfully with the issue. The online event saw internationally-renowned educator Dr Jackson Katz focus on the ways we can all play a role in helping to end violence.

Unchain My Heart (UMH) teamed up with Jewish Care for the event.

The team at UMH focus their efforts on resources to educate and empower our communities to achieve equality in the Jewish divorce process and eradicate aginut. UMH chair Yael Hersham reported that lockdowns over the past 18 months due to the COVID-19 pandemic have put further strain on Jewish women looking to file for gittin (Jewish divorces).

While most gittin are resolved efficiently and procedurally, gett refusal occurs when the process is controlled or manipulated by one party, mainly the husband, to extract property or parenting concessions or to torment and harass the other party.

The message at UMH is that “Gett refusal equals family violence and is an affront to the kedushah – the sanctity of Jewish marriage and divorce,” said Hersham.

“It’s incumbent on all of us to work towards a safer, healthier community,” she added.

Labelling gett refusal “totally unacceptable”, and a “shocking abuse of religious power”, Rabbinical Association of Australasia president Rabbi Yaakov Glasman said, “[It] must be called out for what it is – a gross violation of Jewish law aimed at inflicting pain on another human being.

“It’s so important to remember that domestic abuse is not just physical,” he said.

JOFA Australia president Nomi Kaltmann agreed, making it clear that “Orthodox women and Orthodox communities are certainly not immune to these issues.”

Kaltmann is calling on community leaders to continue to raise awareness about the services available to women seeking to leave abusive relationships. 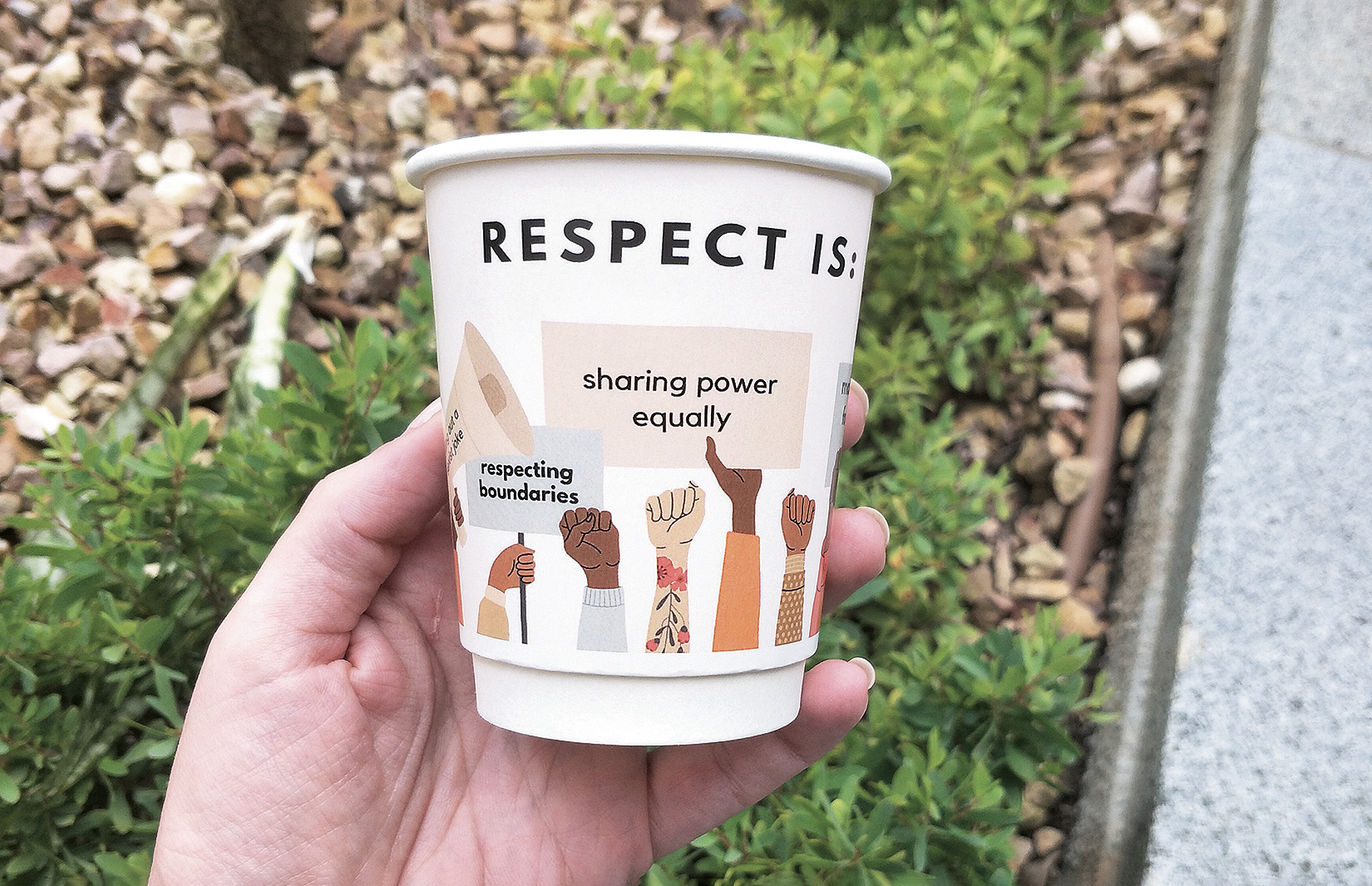 “Orthodox leaders must continue to make it crystal clear that domestic abuse – in any form – will not be tolerated in any institution,” she said.

The NSW government recently made its largest investment in the state’s history to address domestic violence – serving up $484.3 million in funding. The funding will go towards building 75 new refuges, refurbishing existing ones, improving public housing dwellings and supporting young people facing violence and homelessness. But as for the Australian government, Jones said the PM isn’t doing nearly enough to address the issue.

The Women’s Safety Summit earlier this year – which NCJWA unfortunately could not attend due to it being held over Rosh Hashanah – saw organisations across the country call on the federal government to finalise their national plan on violence and women’s safety that will set the direction and framework for the next 12 years. Those involved are now awaiting the government’s plan.

NCJWA, together with the other organisations, is calling for the government to respond to a list of 12 actions as the starting point, which include increasing capacity across our communities to recognise and respond to early signs of abuse and extending investment in specialist support services.

“We need to ensure that the Summit does not just function as an opportunity to delay active interventions,” wrote the NCJWA, who have called on the government to conclude with a clear commitment to action and funding.

To register for the Chanukah’s Women: Facing Violence event on December 2, go to events.humanitix.com/chanukah-s-women-facing-violence.