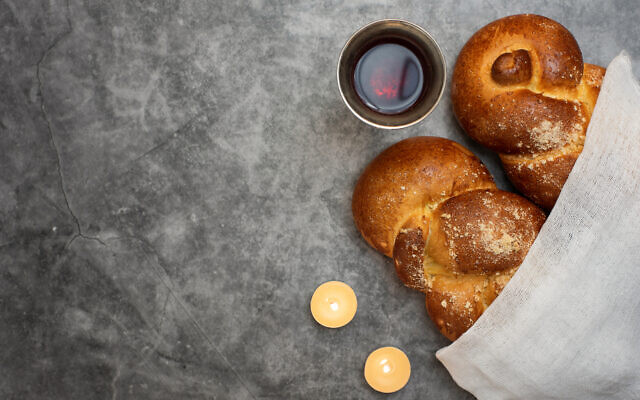 Why do we need a minyan to read the Torah and to recite certain prayers?

Why must a minyan consist of ten?

And why only men?

The source for certain sanctity-evoking prayers (kaddish, kedushah and bar’chu) requiring a minyan occurs in our parasha in conjunction with two other passages in the Torah.

Before we explore the sources, we need to grasp the concept of “gezerah shavah”, one of 13 hermeneutical rules by which the Torah is elucidated.

These principles were collated by R’ Ishmael 1900 years ago and serve as an introduction to the halachic-midrashic commentary known as Sifra. We enunciate these rules each morning in the early part of Shacharit as one of the “learning” segments of the service (ArtScroll Siddur, page 48).

The second of these 13 rules is known as “gezerah shavah”, an inference that the same word(s) used in different places in the Torah are intended to shed additional light on one another and/or on their contexts.

In today’s parasha we read “I (God) am to be sanctified among the Children of Israel” (Vayikra 22:32).

This verse is the source for the mitzvah of “Kiddush haShem” which, in its ultimate form, means to be prepared to give up one’s life to sanctify God’s name rather than succumbing to three cardinal wrongdoings, namely murder, sexual immorality and idolatry. In a much more everyday sense, “Kiddush haShem” means “acting in a way that enhances God’s name in society”.

Yet there is also a sense in which every Jew can sanctify God’s name among a multitude of Jews every day of his (or her) life without too much effort. This is learnt out through gezerah shavah.

The Hebrew word used for “among” in the verse we just cited is “be-toch”. In entirely another context, toch is also applied to a congregation of Israelites – in this case, the rebellious cohorts of Korach. God tells Moses and Aaron: “Hibadelu mi-toch ha-edah ha-zot – Separate yourself from the midst of this evil congregation” (Devarim 16:20).

Thus we learn through gezerah shavah that God’s name is to be sanctified within an “edah”, a congregation.

We now have to define a “congregation”. What constitutes its make-up? And what is the minimum number of Jews defined as an “edah” in the Torah? Again we shall resort to gezerah shavah. A few chapters before the Korach incident occurs another rebellious episode, that of the “meraglim”, the faithless scouts who spread a bad report of the land of Israel.

In dialogue again with Moses and Aaron, God calls the rebellious scouts “edah ha-ra’ah – this evil congregation”. Note that the word edah is used as in the Korach chapter.

We know that there were 12 scouts, all of them male. (The women loved the land and did not rebel in the slightest.) Only two of them, Caleb and Joshua, remained righteous. That leaves ten – the smallest number to be termed “edah” in the Torah.

It will thus be seen that the halachic principle of 10 men constituting a minyan is exegetically learned out from a band of nefarious individuals and 10 corrupt men! Obviously, the lack of behavioural merit displayed by these men is no bar to them serving as a paradigm for future halachic practice.

Perhaps there is a serious ideological point to be made arising from this. The fact that only men are counted towards a minyan is no reflection of the relative merits of men and women. As is well known, women are exempt from prayer at set times and set places, the rationale being that women have no need of these time-and-space constraints possessing as they do a heightened natural spiritual awareness (“binah yeteirah”) – notwithstanding that women are of course encouraged to pray within a congregational setting and merit reward for so doing!

Rabbi Joseph Telushkin, via a character in one of his detective-rabbi novels, makes a telling observation: “Those religions that assign exactly the same rituals to men and women soon discover that men become less involved in the religion than women.”

It is what Telushkin calls “the genius of Orthodox Judaism” that men, “having responsibilities only they can fulfil, remain as involved in religion as women”.

We may also say, only partly tongue-in-cheek, that myriads of minyanim have assembled in innumerable synagogues over the many generations to expiate the faithless sin of the first edah of 10 men in Jewish history – something which women have no need to do, hence their exemption from a minyan! Interpreted this way, women not counting towards a minyan represents a huge badge of honour!

Extracted from Rabbi Ingram’s parasha book: In Heaven’s Name Why.