Why did anyone think time and effort should be spent on an investigation to find out who betrayed Anne Frank? Were people who had read her diary asking for such an investigation? Was the Dutch government or the Jewish community interested?

As a Dutch-born Holocaust survivor, I am disgusted that the backers of this venture never gave a thought as to how the few hundred Dutch survivors, who are still alive, would feel.

In reality, Anne and her family were no different to the 107,000 Dutch Jews deported to concentration camps.

Anne was born in 1929 in Germany, her parents emigrating to the Netherlands when the Nazis started to harass and kill Jews in the streets in the early 1930s. They settled in Amsterdam where her father went into business and Anne went to school. In May 1940, Germany invaded Holland and Jews there became anxious about their future. Many went into hiding, including in July 1942, the Frank family: Father Otto, mother Edith and daughters Margot and Anne.

On August 4, 1944, Dutch police and Dutch Nazis located the Franks in their hiding place and they were taken to Camp Westerbork in north-east Holland. Four weeks later on September 3, 1944, they were transported in cattle wagons to Auschwitz.

The Franks would have been discovered by pure luck, or by a neighbour hearing a strange noise, or the police going house to house checking on occupants. This was how most Dutch Jews, in hiding, were discovered.

It is also a fact that the majority of Dutch bureaucrats were kept in their jobs following the occupation. They duly handed over to the Nazis a complete record of the recently held national census which contained details of every Dutch man and woman’s place of residence. It wasn’t difficult to find the Jews. 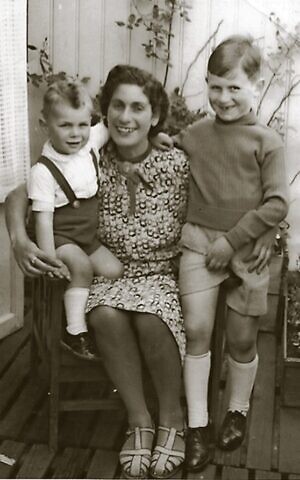 Both my parents’ families had lived in Holland for more than 200 years. My parents thought they were Dutch Jews. But after the Germans invaded on May 10, 1940, they soon found out they were not Dutch – they were just Jews.

On September 28, 1943 my father, mother, brother and I were forced out of our flat. I was three years old. We were also transported to Camp Westerbork and were held there for four months. On February 1, 1944 we were transported by train to Bergen-Belsen where we were imprisoned in Star camp.

Our time in Bergen-Belsen overlapped with Anne and Margot’s time there from October 1944 to March 1945.

My father’s job of collecting bodies from arriving trains included Anne and Margot’s train from Auschwitz in October 1944. He always asked if there were any Dutch among the arriving prisoners. In this case Anne and Margot, I can assume, would have let my father know they were Dutch. My father would then go around the camp and see if he could find any family. In this case, he wouldn’t have been able to.

My family was transported out of Bergen-Belsen on April 9, 1945 when we were bundled into cattle wagons destined for Theresienstadt in Czechoslovakia, to be murdered in gas ovens.

Our train became known as the Lost Train. We were on it with no food for 14 days, when on April 23, 1945 the Russian army liberated us near Trobitz in east Germany.

It took nine weeks before we were able to return to Holland, on June 13, 1945. Unfortunately though, our hell was not over.

In 1944 the Allies had turned the war around and the German army was under siege with the Americans approaching from the West and the Russians from the East, closing in to liberate Auschwitz.

The Nazi commanders decided to empty the camp of its Jewish prisoners and did so in a particularly cruel way. On January 18, 1945, 60,000 mainly Jewish inmates were lined up and marched out of the camp, walking towards Wodzislaw 56 kilometres to the west. They were guarded by the SS and their dogs. Nearly 15,000 were murdered. When the remainder reached Wodzislaw, they were forced into cattle wagons destined for concentration camps in the west. 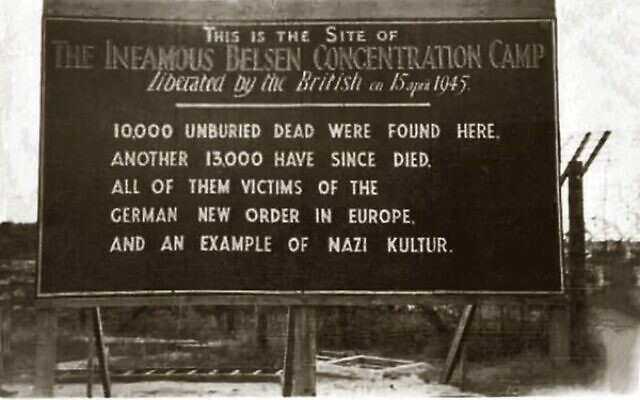 A sign erected at the Bergen-Belsen concerntration camp after liberation.

A few months earlier, in mid-October 1944, Jewish women in Auschwitz had been put on trains to camps in the West, among them Anne and Margot.

The 107,000 Jews, including the Boas and Frank families, were betrayed by Dutch bureaucracy, the Dutch police or their Dutch neighbours.

At that time in Bergen-Belsen hundreds were dying each day of starvation. Food became scarce and eventually non-existent. With the influx of prisoners from the east, thousands were also dying from typhus.

My father’s job in Bergen-Belsen was to go around the camp in a horse and cart and pick up all the dead bodies. From October, there were so many corpses that the crematorium was full, so from then on they were put in open graves.

Initially, Anne and Margot were forced into Tent camp, especially built to accommodate the prisoners from Auschwitz. In January, a huge storm destroyed all the tents and the women were moved into the already overcrowded barracks in the women’s camp.

Like everyone else, the Frank sisters had a difficult time in Bergen-Belsen. Nothing could be done for the dying – most died a lonely death. The ones still alive were only barely alive.

Margot died in February and Anne in March – just two of more than 50,000 of the camp’s victims. 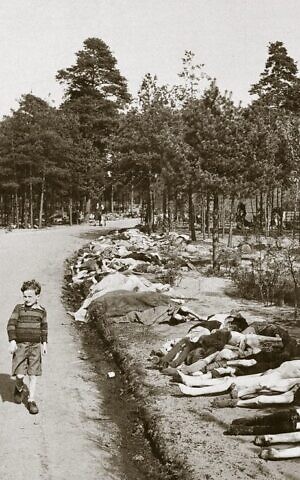 A child survivor walks past a row of bodies shortly after the liberation of Bergen-Belsen in April 1945. Photo: AP Photo/File

Bergen-Belsen was liberated by British troops just a few weeks later on April 15, 1945.

The Frank family was no different to any other Dutch Jewish family, including my own, who endured the horrors of the Holocaust.

After our return to Holland, there was a lack of compassion shown by the Dutch towards surviving Jews.

In our case, the stress of dealing with Dutch bureaucracy contributed to my already stressed-out father dying of heart failure in August 1948, when I was just eight years old.

We were not allowed to go back to the flat where we had lived before being deported. We had nowhere to live, no money and no family.

To find out about family assets or insurance became a game of wits between bureaucrats, lawyers and family. Both my parents lost all their loved ones. I never knew grandparents, uncles or aunts. I never had any cousins.

We immigrated to Australia in 1954. To this day, I have never received any compensation from the Dutch government.

Anne’s father Otto, meanwhile, survived and returned to Holland; Anne’s mother had been murdered in Auschwitz.

After the war, Otto’s former secretary Miep Gies handed him Anne’s diary, which he published in June 1947.

In conclusion, the real betrayal requires no investigation. Between May 1940 and May 1945, 107,000 Dutch Jews were forced out of their homes, including my family of four and Anne’s family of four. All were transported to German concentration camps. 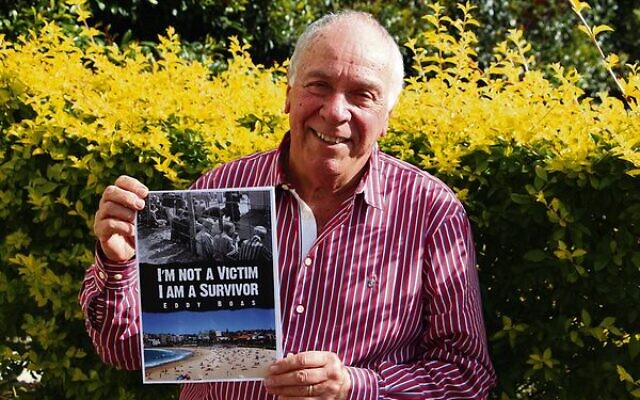 Eddy Boas’s memoirs were published in 2017.

The 107,000 Jews, including the Boas and Frank families, were betrayed by Dutch bureaucracy, the Dutch police or their Dutch neighbours.

The question of ‘Who betrayed Anne Frank?’ takes away from what she really was, a young innocent girl who was murdered, as were the other 102,000 Dutch Jews, by a bunch of German Nazi fanatics. 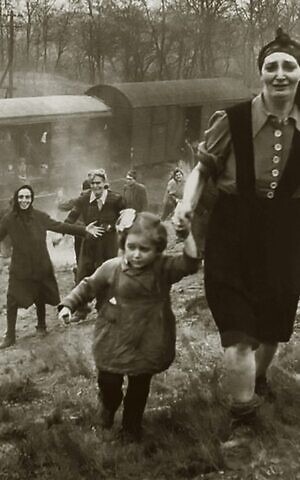 Prisoners liberated from the so-called Lost Train from Bergen-Belsen. Eddy Boas and his family were among those on board.

In 2016 when, with much publicity, a retired FBI agent was asked to investigate ‘Who betrayed Anne Frank?’

I wondered why anyone would be interested, 73 years after her diary was first published.

My then 80-year-old brother, who was badly affected by the suffering he endured during the Shoah – especially our 14 months in Bergen-Belsen – was furious.

I was annoyed and wrote to the filmmaker, Thijs Bayens, to try and find out what he wished to accomplish. I never received any answer.

After Anne’s diary became a bestseller, speculation began over who betrayed the Franks.

The first suspects were the Dutch police who arrested the family, but this was never proven. Then there was speculation that an employee named Willem van Maaren betrayed them. Otto lodged a complaint against him with the police, but no evidence was ever produced. Next it was Tony Ahlers, a Dutch Nazi, but nothing could be proven. Lena Hartog, the wife of another Frank employee, also became a suspect but again there was no evidence. Then there was Ans van Dijk, a Jewish woman who when arrested by the police gave them names of Jews she knew were in hiding, but once more there was no evidence.

After Anne’s diary became a bestseller, speculation began over who betrayed the Franks.

In short, speculation continued for many years but to this day no one has ever established that the Franks were betrayed by people they knew or by anyone else.

And now we have this latest attempt, which even Bayens admits, doesn’t establish the betrayer with any certainty.

Anne was no different to the tens of thousands of other Dutch Jewish children who died. But her name is being used to point the finger and sell books. She has become a marketing product.

The one thing that marked Anne out is that she wrote a diary, which was found and published. That diary is outstanding and that should have been her legacy, not the conspiracy theories that surround her.

Eddy Boas is a Dutch Holocaust survivor living in Sydney and the author of I’m not a victim – I am a survivor.