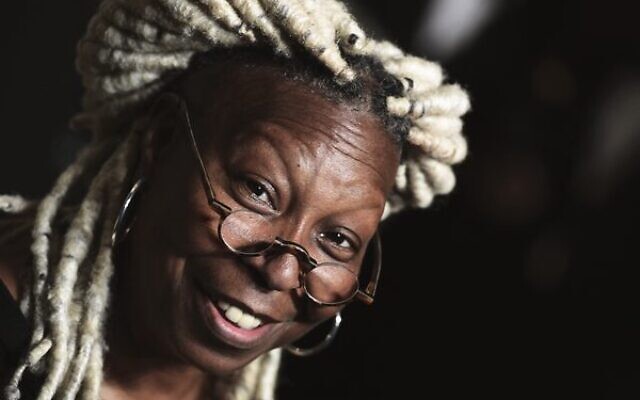 WHOOPI Goldberg has been suspended from her role as co-host of ABC’s popular The View talk show after an uproar over her comments in which she said the Holocaust was “not about race,” the network said Tuesday night.

“Effective immediately, I am suspending Whoopi Goldberg for two weeks for her wrong and hurtful comments,” ABC News president Kim Godwin said in a statement.

“While Whoopi has apologised, I’ve asked her to take time to reflect and learn about the impact of her comments,” Godwin said. “The entire ABC News organisation stands in solidarity with our Jewish colleagues, friends, family and communities.”

Hours before the announcement, the Page Six entertainment news site quoted ABC sources as saying that there was mounting anger at ABC and at parent company Disney that Goldberg has not been disciplined.

“ABC staffers and Disney Network execs are saying Whoopi went way too far. And board members are not happy with her apology and want a fuller retraction. The word is that Whoopi is in ‘deep shit,’” the source told Page Six, adding that several of her co-hosts were among those saying Goldberg was “too controversial now for the show.”

Goldberg apologised on Monday for saying the Holocaust was not about race, comments that sparked a firestorm of controversy, but not before appearing to double down on the statement in another interview.

On Monday morning, she made the initial comments on The View program.

“The Holocaust isn’t about race,” but rather about “man’s inhumanity to man,” she said. The statement drew condemnations from Jewish groups including the Auschwitz Memorial and the Anti-Defamation League.

Later on Monday, she made similar comments on The Late Show with Stephen Colbert while discussing the controversy.

“I thought it was a salient discussion because as a black person I think of race as something that I can see, so I see you and I know what race you are and the discussion was about how I felt about that,” Goldberg said about her earlier statements.

“People were very angry and they said, ‘No, no, we are a race,’ and I understand,” Goldberg said.

Colbert asked Goldberg, “Have you come to understand that the Nazis saw it as race? Because asking the Nazis, they would say, ‘Yes, it’s a racial issue.’”

She responded: “The Nazis lied. It wasn’t. They had issues with ethnicity, not with race, because most of the Nazis were white people and most of the people they were attacking were white people. So to me, I’m thinking, ‘How can you say it’s about race if you are fighting each other?’”

Goldberg posted an apology online on Monday night for her The View comments.

“On today’s show, I said the Holocaust ‘is not about race, but about man’s inhumanity to man.’ I should have said it is about both. As Jonathan Greenblatt from the Anti-Defamation League shared, ‘The Holocaust was about the Nazi’s systematic annihilation of the Jewish people — who they deemed to be an inferior race.’ I stand corrected,” Goldberg said.

“The Jewish people around the world have always had my support and that will never waiver. I’m sorry for the hurt I have caused,” she added.

Colbert’s show is filmed in the late afternoon, meaning it was filmed before Goldberg issued her written apology, but broadcast afterward.

“Thanks Whoopi Goldberg for correcting your prior statement and acknowledging the Holocaust for what it was,” he said.

The controversy comes amid a wider reckoning with the Holocaust and race education, as many conservative activists have fought to restrict the teaching of race-related topics in schools, while some American Jews have expressed discomfort around identifying themselves as simply “white.”

On Monday morning, Goldberg and her co-hosts on The View were discussing a Tennessee school board’s decision to remove the iconic Holocaust book Maus from its curriculum.

Goldberg apologised again on Tuesday’s episode of The View, and hosted Greenblatt as a speaker on the show.

“There’s no question the Holocaust was about race. That’s how the Nazis saw it as they perpetrated the systematic annihilation of the Jewish people,” Greenblatt said.

He pointed out that Maus opens with a quote from Adolf Hitler that says, “The Jews undoubtedly are a race, but they are not human.”

“Hitler’s ideology, the Third Reich, was predicated on the idea that the Aryans, the Germans, were a quote ‘master race’ and the Jews were a subhuman race and it was a racialised antisemitism,” he said.

He said the framework does not neatly fit the 21st-century American view of race, which is mostly seen as an issue of skin colour.

In the original discussion, all five co-hosts opposed the Tennessee board’s decision, saying that the acclaimed graphic memoir should be taught in classrooms; but Goldberg differed strongly from her colleagues on the question of exactly why the Holocaust should be taught to students.

“If you’re going to do this, then let’s be truthful about it,” Goldberg said, before elaborating that “these [Jews and Nazis] are two white groups of people.”

“The minute you turn it into race, you go down this alley,” she continued, as the show’s producers began playing music as a cue to cut to commercials.

In his writings and speeches that would ultimately come to articulate his mass-extermination plans, Adolf Hitler repeatedly referred to Jews as a race rather than a religious group. Secular Jews, and Christians with Jewish grandparents, were considered Jewish by the Nazis.

Goldberg has also come under fire for her stage name during the controversy. Born Caryn Elaine Johnson, Goldberg has no Jewish ancestry, but adopted her stage name to be deliberately Jewish-sounding, in part because she has said she personally identifies with Judaism. She told a London audience in 2016, “I just know I am Jewish. I practice nothing. I don’t go to temple, but I do remember the holidays.” In 2016, she designed a Hanukkah sweater for Lord & Taylor.