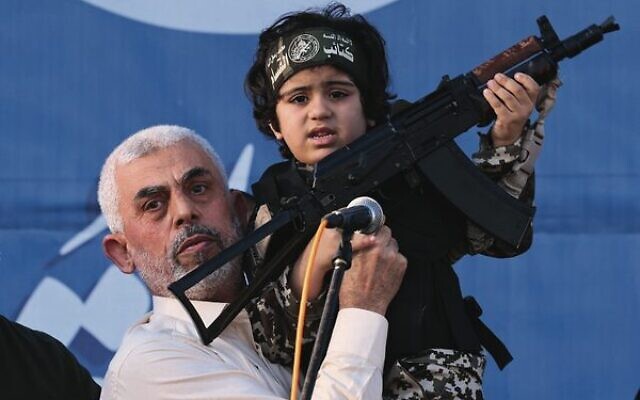 The free world, western liberal democracy, is indeed a blessed place to live. The Gaza Strip, a tiny enclave bordering Israel’s Negev desert, ruled with an iron fist by an Islamist terrorist organisation, is – on the other hand – not.

Therefore, many Australians will be asking themselves, why does Prime Minister Scott Morrison care about the Hamas-run Gaza Strip? Why designate Hamas as a terrorist organisation, from Canberra?

The answer for me is simple: Because he needs to care. Our country’s moral compass dictates that he must care. Our values, our democracy, our way of life, demand that we stand up to these dangerous illiberal movements, no matter how far away they may be geographically.

Hamas represents a hate-filled extreme Islamist ideology whose influence extends far beyond the Middle East. Their misogyny, homophobia, antisemitism and decades-long commitment to violence are all powerful reasons to support this broad designation by the Australian government. If we accept it over there, we’ll soon find it over here.

And Hamas’s ideology really is abhorrent. Their charter calls to destroy the Jewish State and then search and find Jews (“hiding behind stones and trees”) around the world and kill them.

Women are viewed by Hamas’s Islamic courts in Gaza as second-rate citizens. They recently determined that women need permission of a male guardian to travel, in addition to the existing imposition of an Islamic dress code on female lawyers and high school students. Hamas’s morality police have stopped women from riding motorcycles, smoking hookah and dressing how they please. This should come as no surprise considering the Islamic Republic of Iran is Hamas’s main sponsor. After all, in Iran the punishment for a girl removing her headscarf includes arrest, a prison sentence, flogging or a fine.

Hamas also follows its patron’s lead in its attitude towards homosexuality. Section 152 of the Penal Code in Gaza criminalises consensual same-sex sexual activity and makes it punishable by up to 10 years’ imprisonment.

Christians have been the victims of vandalism and bomb attacks in the Hamas-run Gaza Strip, while NGOs have reported Hamas members desecrating Christian graves and exhuming the bodies to avoid ‘contaminating’ Palestinian soil with the corpses of Christians. Opponents of the regime, or activists who dare to speak up, are brutally tortured and even executed.

And then there is Hamas’s proud commitment to vicious terrorism. In the mid-1990s and early 2000s, they blew up the peace process with suicide bombs packed with explosives, nuts, bolts and nails. More than 1000 Israelis were killed in such attacks – on the bus, in pizza parlours and standing in line for discos. More recently, the same organisation has launched tens of thousands of indiscriminate rockets and missiles into Israel. Their goal? To kill and maim as many Israelis as possible.

All the while they hold their own people hostage. They place their munitions under the houses and mosques of the local population. The UN has even caught them on numerous occasions hiding rockets and missiles in schools.

Hamas has received tens of millions of dollars from the international community to build up Gaza. Yet shockingly, instead of investing in hospitals and houses, they have built an underground city of tunnels to attack Israel, with the expressed goal of attacking Israeli civilians and “tearing out their hearts” (a direct quote from Hamas leader Yahya Sinwar).

So, whether you’re a big ‘L’ Liberal, or a small ‘l’ liberal, whether you’re from the right or from the left; if you are a life-loving democrat (small ‘d’) who believes in liberty, consent of the governed, equality before the law and the rigid protection of human rights, Hamas does matter. Because to be silent in the face of such extremism is to allow it to grow and fester. And extremism can cross borders. It can cross oceans.

Inspired by my late grandmother, a Shoah survivor rescued by a brave righteous family in Europe, I recently established the Neishlos Foundation with the intention of creating a generation of upstanders. With incredible partner organisations such as B’nai Brith’s Courage to Care, I have been able to contribute to education programs which are teaching the values of tolerance and understanding to hundreds of thousands of young Australians.

In America, civil rights hero Rosa Parks said she wanted to be remembered as “a person who wanted to be free … so other people would be free”. In Australia, we are lucky enough to be free. And that is exactly why we must use our voices – and encourage our government – to speak up against such illiberal movements, organisations and ideologies who see our democracy and our freedom as the ultimate evil.

Eitan Neishlos is chairman of Courage to Care NSW, a director of the NSW Jewish Board of Deputies and founder of the Neishlos Foundation (neishlosfoundation.com).