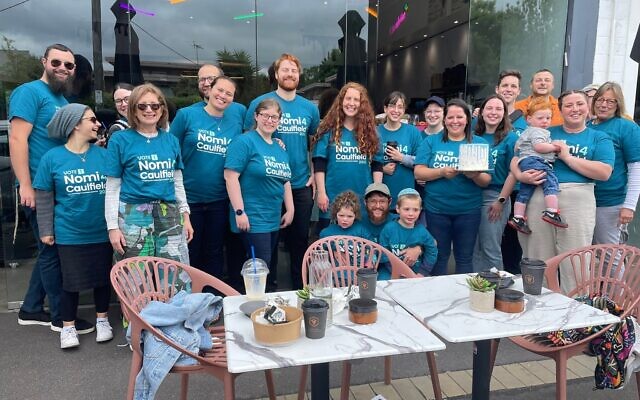 Australia is one of a handful of countries that has compulsory voting in its elections.

Australia brought in compulsory voting in the aftermath of the first world war as voter turnout plateaued. In 1924 the Australian Parliament passed the Electoral Act, and at the next Australian election in 1925, the voter turnout was more than 91 per cent.

For many generations, most Australians voted for one of the two major parties. As recently as 1999, the major parties captured 90 per cent of the primary vote.

However, new statistics show that Australians are getting sick of this long-held status quo.

In the most recent federal election in May 2022, the primary vote for major parties slumped to the lowest-ever rate of 68 per cent, with independent candidates garnering the highest-ever first preference votes.

As a millennial, I proudly represent a new type of voter in Australia, one that values gender equality, integrity in politics and climate action.

My generation is sick and tired of the usual games that Aussie politicians have always played. We don’t want our votes to be taken for granted. We don’t want major parties to carve up seats across the country and treat them as spoils that they can use to advance the interests of their parties before people.

We want to see candidates who are from the local community and know the struggles, aspirations and experiences of the people living in the area.

Young people overwhelmingly want to see more women in Parliament and in positions of power. A recent report by the charity Plan International, titled Young people in Australia share their views on sexism and misogyny in politics in 2021 – and what needs to change, noted that 73 per cent of young Australian women aged 18-21 do not believe that women in politics are treated equally to men; rising to almost 78 per cent among women aged 22 to 25.

I was born in the Caulfield electorate, and love living here and raising my kids. As a lawyer, journalist and president of the Jewish Orthodox Feminist Alliance (JOFA) Australia, I care deeply about gender equality and promoting women’s voices to public spaces.

So, when Voices of Caulfield, the local grassroots group searching for a community-backed candidate to run for Parliament rang, asking me to nominate, I gave the request careful consideration.

I was not concerned whether I could do the job – I have the skills to be an excellent advocate for my local community. However, running for office as a woman brings in a whole new set of considerations.

In addition to the usual scrutiny of my policies and priorities, as a woman I knew that my looks, hair, dress and tone would be judged, harshly.

Australia has only ever had one female prime minister, Julia Gillard, and she was subject to appalling, sexist bullying that included commentary about her looks and choice of partner.

I knew my long red hair would be scrutinised. I knew that my preference for wearing comfortable clothing and sensible shoes, in keeping with my role as a busy employee and mum of three small children, would be criticised for not being “formal” enough.

I asked for some time to consider the Voices of Caulfield request. I wanted to run, but I also did not want to be abused for factors outside of my control.

After a week, Voices of Caulfield called me back.

“Nomi, we need you, you can be such an example to women in our community. Think about the impact you running for office will have, how you will show others that young progressive communities can select people outside of the major parties to run for Parliament. You will shake up the status quo.”

There is a very famous saying from Pirkei Avot, “It is not up to you to finish the task, but you are not free to avoid it.” I am excited to be part of a new wave of Australian women who are putting themselves forward to run for office and help shape what a better Australian future looks like.

The teals have painted a new picture of what a Member of Parliament in Australia can look like, and I am so excited to be part of this movement, right here, in my local community.

Nomi Kaltmann is running as an independent for Caulfield in the Victorian state election.