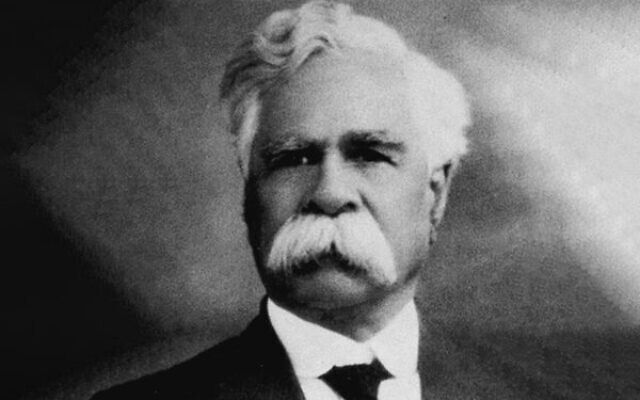 This week the Executive Council of Australian Jewry (ECAJ) signed an unprecedented joint resolution calling for bipartisan action to hold a referendum on a First Nations voice.

We joined with several other religious organisations to step up and take responsibility in the push for Indigenous constitutional recognition. Our ability to unite with Australians of other faiths, for the benefit of our shared future, made me proud to be a Jew. It also reminded me of the historical partnership between the Indigenous community and Australian Jewish community, beginning with the bravery of William Cooper in 1938.

When Yorta Yorta leader Cooper learnt of the destruction of Jewish businesses, schools and synagogues on Kristallnacht (the Night of Broken Glass), he could not stay silent. In protest of the treatment of Jews, Cooper led a delegation from the Australian Aborigines League on a 10-kilometre march from his home in Footscray to the German consulate in Melbourne. 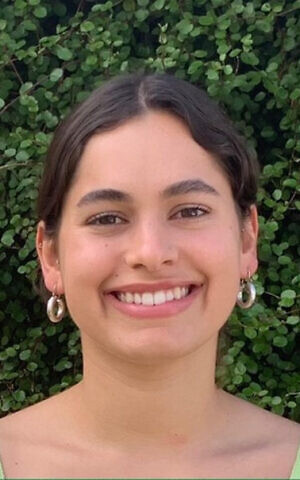 Cooper was the first person in Australia to publicly stand up for the Jewish people in the years leading up to the Holocaust. When I hear this story today, I ask myself: What motivated Cooper to take a stand in solidarity with Jews thousands of kilometres away?

In 1933, Cooper created the Australian Aborigines League in order to address the discrimination Indigenous people were experiencing in Australia. At the time of their march to the German consulate, Cooper and the league had many other reasons to protest. Indigenous people were not able to vote in some jurisdictions or be counted in the census; yet Cooper used his energy to fight for the rights of Jews who he had never met. What is so striking about Cooper’s story is his motivation to denounce the Nazi regime, despite the oppression his people were experiencing in their own land. What empathy and compassion he showed for the plight of others.

Cooper’s legacy is far-reaching. In 1934 he created a petition to King George V with more than 1800 signatures, asking for representation for Indigenous Australians in the Commonwealth Parliament. Cooper’s petition was not passed on by the Australian government, and only reached the Crown in 2014, when it was passed on by his grandson.

Yet still today, Cooper’s call for stronger Indigenous representation and participation in their affairs remains unresolved. In 2017, the Uluru Statement from the Heart called for a First Nations Voice to be guaranteed by the constitution, enabling First Nations peoples to be consulted on laws and policies which affect them. It is high time this reform was implemented.

Indigenous advocates have made clear that the Voice – an Indigenous advisory body – must be constitutionally protected to ensure its permanence. The Indigenous bodies of the past, including the organisation Cooper set up, have usually been short-lived. A constitutional guarantee is therefore important, while legislative flexibility would allow the institution to evolve.

A constitutionally guaranteed First Nations Voice is described by the joint resolution of religious organisations as “necessary, right and reasonable”. With Labor committing to hold a referendum for a Voice to Parliament in its first term, this issue is more relevant than ever. That is why I’m proud that these diverse religious organisations are pushing for change.

Jewish values underscore the importance of standing in solidarity with Indigenous Australians on this issue.

I learned about the fundamental values of tikkun olam and tzedek from a young age. Tikkun olam means to heal the world. It demands us to work towards our vision of what the world ought to be. Tzedek is the Hebrew word for justice. It calls on Jews to take responsibility for the rights of those who are more vulnerable than us. While tikkun olam and tzedek may have been foreign to him, Cooper embodied these values through his protest of Kristallnacht almost 80 years ago.

Cooper’s march to the German consulate represented the beginning of a partnership between the Australian Jewish community and First Nations peoples. This partnership is continuing today with the ECAJ signing the Joint Resolution in support of the Uluru Statement.

I believe we as Jews have a duty to step up and support the Uluru Statement, just as Cooper advocated for us. However, it may be too simplistic to view this duty as something we owe to the Indigenous community in return for Cooper’s bravery.

Advocating for the changes set out in the Uluru Statement is a way of expressing Jewish values in our modern world. The Uluru Statement is an invitation to all Australians to be personally responsible for healing the injustices Indigenous people have faced for far too long. Together, we can bring Cooper’s vision closer to reality.

Maya Buhrich is a fourth year law student at Macquarie University and an intern at the Radical Centre Reform Lab.