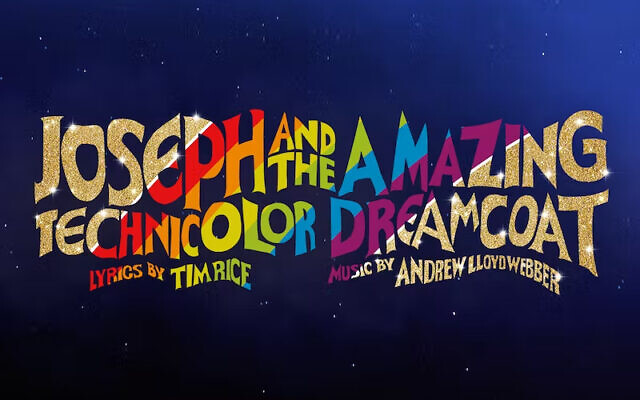 Exclusive to AJN Subscribers only!

The multi-award-winning show, which began life as a small-scale school concert, has been performed hundreds of times in over 80 countries worldwide. Following the huge response that the West End hit production will be coming to Australia, a Sydney season has now been announced and will commence at the Capitol Theatre, Sydney on 11 February 2023.

For more information about the show, visit www.josephthemusical.com.au.

The Australian Jewish News is giving away two double passes to the musical at 6:00pm on Sunday, 12 February 2023 at the Capitol Theatre.

Competition entries close 3 Feb at 9am.

This competition is open to Australian residents only. Employees of The Australian Jewish News and their immediate families are ineligible to enter. Competition entries close 3 Feb at 9am. The winners will be drawn at The AJN Melbourne office on 3 Feb, 2023. The winners will be drawn randomly and contacted by email only, using the email registered by the winner. The AJN cannot be held responsible for entrants failing to check their email or providing incorrect information. Winners’ names and details may be passed on to the promoter for winners to redeem prizes. Please note that the prizes are only those mentioned in the competition notice and are non-exchangeable. Winners’ names will not be published due to privacy concerns, however, winners’ names will be kept on record at The Australian Jewish News Melbourne office. Unless otherwise notified, winners must pick up their prize from The AJN offices, located at Level 1, 589 Glenhuntly Road, Elsternwick, Victoria or Level 1, 55 Grafton Street, Bondi Junction, NSW. NSW Permit Number: LTPM/08/00233