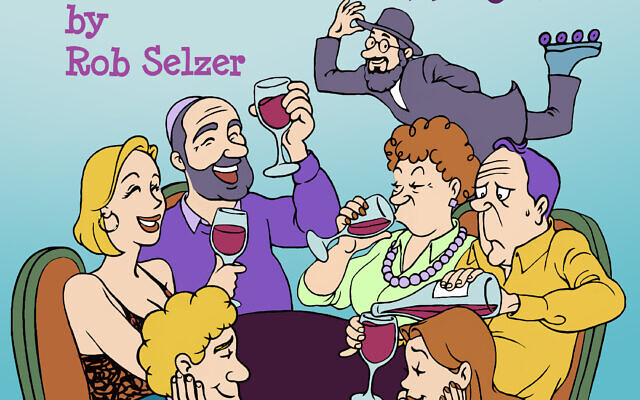 Exclusive to AJN subscribers only

Who would have thought keeping the faith could be so hard?

Ray Cohen is on top of the world.  His daughter is engaged to a nice Jewish doctor, his wife loves him and he’s a shoo-in for a big architectural contract.  Then, in walk his future in-laws.  By the end of lunch, he’s lost the contract, his daughter is no longer Jewish, and his wife is going to kill him.

Saltpillar Theatre presents The Importance of Being Jewish, a new feel-good comedy by multi-award winning playwright Rob Selzer, directed by Selzer and Steven Curtis, that is playing at Phoenix Theatre from 6-21 August 2022.

This competition is open to Australian residents only. Employees of The Australian Jewish News and their immediate families are ineligible to enter. Competition entries close Tues 2 Aug at 9am. The winners will be drawn at The AJN Melbourne office on Tues 2 Aug, 2022. The winners will be drawn randomly and contacted by email only, using the email registered by the winner. The AJN cannot be held responsible for entrants failing to check their email or providing incorrect information. Winners’ names and details may be passed on to the promoter for winners to redeem prizes. Please note that the prizes are only those mentioned in the competition notice and are non-exchangeable. Winners’ names will not be published due to privacy concerns, however, winners’ names will be kept on record at The Australian Jewish News Melbourne office. Unless otherwise notified, winners must pick up their prize from The AJN offices, located at Level 1, 589 Glenhuntly Road, Elsternwick, Victoria or Level 1, 55 Grafton Street, Bondi Junction, NSW. NSW Permit Number: LTPM/08/00233