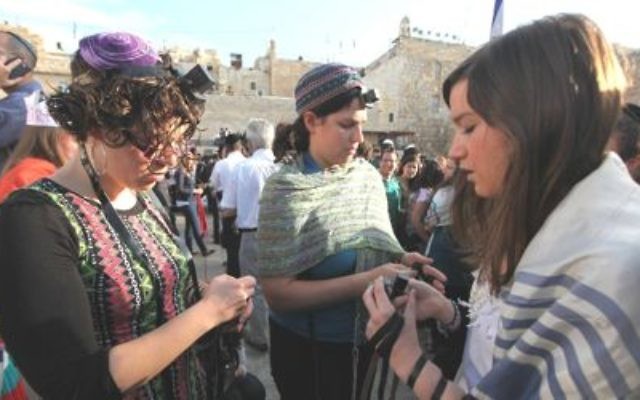 The feminist alliance fighting for the right to pray communally at the Western Wall was furious this week, after Charedi protestors successfully derailed its plan to hold a service next to the Wall.

Earlier this year, an Israeli court ruled that Women of the Wall’s (WoW) prayers, which police had treated as illegal for more than two decades, actually comply with the law. As a result, last month police gave the group full protection – in what it hoped would become a regular routine.

But ahead of the group’s latest prayer meeting on Monday, Charedi politicians and activists encouraged thousands of seminary students to go to the women’s section at the Wall.

Last month, police kept Charedi women at a distance from the Wall and allowed WoW to pray next to its stones. But this time around, Charedi women ensured that they arrived first – and police decided that given the main women’s section had a heavy Charedi presence to keep WoW away.

WoW was allowed to hold its service, but in a back corner of the Western Wall plaza and, members complained,

with a limited view of the Wall.

“Today the police gave in to politics and bullies instead of upholding women’s democratic right to pray freely at the Western Wall,” commented Lesley Sachs, director of WoW.

But Israel Police spokesman Micky Rosenfeld told The AJN that the officers acted purely for the sake of public order, to avoid possible clashes in the women’s section. “They were allowed to pray in a safe and secure area,” he said of WoW.

A Charedi women’s group, Women For The Wall, was instrumental in assembling the seminary girls at the Wall. It had the backing of leading rabbis, including Aharon Leib Steinman and Shmuel Auerbach.

Its founder Ronit Peskin told The AJN that WoW only had itself to blame for its exclusion from the main prayer section. “As long as they are trying to create a provocation the police does not need to allow provocations at the Western Wall,” she said.

Peskin claimed that WoW’s activities risk turning the Wall in to a “political battleground” eroding its “symbolism and sanctity”.