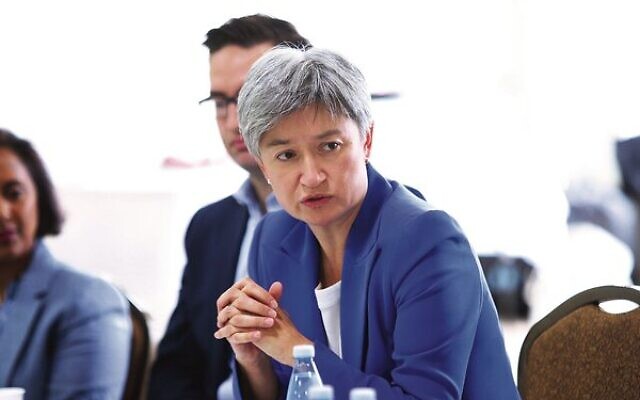 Lapid took over from Naftali Bennett – who has announced he will quit politics – as part of the pair’s rotation agreement that was triggered with the dissolution of the Knesset last week. In his first speech to Israelis, he called for an end to the polarisation that has engulfed the nation’s politics.

Wong told The AJN on Tuesday, “We look forward to working constructively with new Prime Minister, His Excellency Yair Lapid.

“Australia is a long-standing friend of Israel, that will never change.”

“He is a man of talent, intellect and grace, who will take the reins at an important time in Israeli history,” he said.

Australia/Israel & Jewish Affairs Council executive director Colin Rubenstein welcomed the smooth handover of the prime ministership from Bennett to Lapid, in accordance with their coalition agreement.

“As an interim prime minister, with limited powers, he will still confront major challenges including Iran’s aggressive nuclear weapons program, and its threatening terror proxies Hezbollah and Hamas; maintaining and improving Israel’s relations with the US and other Western allies; consolidating and building on the historic Abraham Accords; dealing with local Palestinian incitement and terrorism and demonisation of Israel internationally; and all the while continuing his short-lived coalition’s competent management of the economy, dealing effectively with the pandemic, and promoting more inclusive Jewish-Arab relations.

“As a Knesset veteran, a former foreign minister and finance minister, and a leader of the outgoing coalition which, despite its broad nature and limited duration, did achieve positive results, Prime Minister Lapid has the experience to ably navigate these formidable challenges, and we wish him every success,” Rubenstein said.

Executive Council of Australian Jewry co-CEO Peter Wertheim said Lapid “got off to a good start” with his first speech as interim Prime Minister. “He projected himself as a leader for all Israelis and made a conscious pitch to the centre ground of Israeli politics.

“There is much truth in his message that the political sphere has become polarised and at times vicious, and it is dragging Israeli society along with it. But it is far from clear what Lapid can do to remedy the problem between now and the election on November 1, especially while he has to contend with the Iranian nuclear threat, domestic and foreign terrorism, and a host of social and economic problems,” Wertheim said.

“Lapid has a limited time to demonstrate that he can rise to these challenges and prove his ­mettle.”