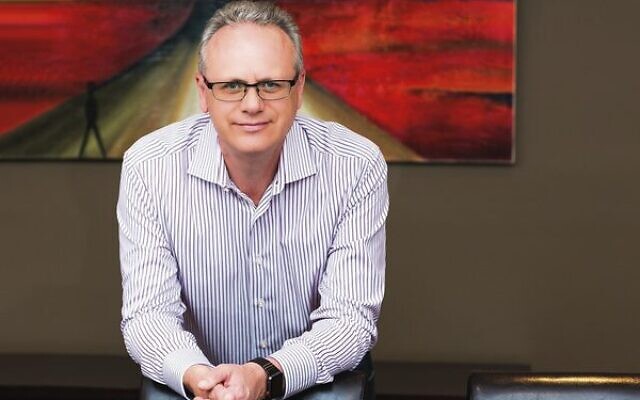 SITE preparations and demolition for the new Hakoah White City development could begin as early as next month.

With funding secured, a construction company chosen and more than 2900 people signing up during the club’s recent membership drive, a resolution to transfer the site’s ownership to the new not-for-profit entity Sydney Jewish Community Centre passed unanimously at the club’s AGM on Monday night.

“That effectively gives the board the authority to sell the land and enter into a final construction agreement with the construction company,” president Steven Lowy told The AJN.

“We want to put in place a fixed price contract so we have certainty of cost when we start the project.

“We may actually even start site establishment and demolition earlier than finalising the construction agreement. I think April would be a reasonable bet.”

He said that with the board keen to complete the project by the end of next year, “We want to keep momentum and just get the thing going.

“It gives us the ability to get on with things, not hold up the project. But of course we want to do it in a prudent way from a governance perspective.”

Lowy said the sale of the site to Sydney Jewish Community Centre means “the land will always be a communal asset”.

“It will be chaired by David Gonski. It has a very eminent board, and its essential task is the guardianship of the land for the future of the community,” he said.

“It was an essential precondition of major donors, that the ownership of the land was separated from the operations of the club.”

Another significant announcement made at the AGM was the appointment of Andy Hedges as Hakoah’s new CEO.

“We’ll have a CEO in place when we actually start construction … [so] we can actually plan all the operational activities as opposed to doing it sequentially,” Lowy said.

“In my experience in the shopping mall business, the better planned you are to open the building, the better it will open, the earlier it will stabilise, the more we’ll be ready to deal with members and partners and to put the programs on.”

Serendipitously, Lowy and Hedges – a British-born convert to Judaism – worked together at Westfield for many years.

“He was responsible for 38 malls and a $2 billion out-roll, had hundreds of people working for him,” Lowy said.

“He was responsible for 12,000 tenants in the malls, collecting rent, marketing, connecting the consumers to the retailers, so a very senior guy.”

Lowy said Hedges “will appreciate the constituency” comprising the Jewish and local Paddington communities and the communal organisations that will use the facility, as well as bringing a sound understanding of facilities management and “all of these things that are necessary to run a building of this complexity”.

“I think you get the sense of how excited I am that he’s joining. I know him extremely well, I trust him and I know he will do a very good job here,” he said.

Lowy said seeing the progress Hakoah had made in the last three years to get to this point brings an “immense amount of satisfaction”.

“In many ways it’s actually a very short time to achieve so much, particularly through the last few years of COVID which has made it extremely complex,” he said.

“Most of the work has been done personally by lay board members for no cost. That’s why we are where we are and I’m very proud to work with them.”

Saying he’s “a footballer by nature”, Lowy said that “the final whistle hasn’t blown yet”, but that it was expected it will.

“This final whistle will only mean it’s the start of the project. We’ve got another couple of years of hard work to build it,” he added.

“And then we have many years ahead to establish the facility to be the hub of the community.”

Once completed, the integrated sports, cultural and community venue will have two heated pools, nine tennis courts operated by Maccabi Tennis, a football field, fitness and wellness centre, and enclosed multi-use courts. It will also house spaces for community events and cultural activities, as well having meeting and function spaces and food and beverage venues.

The original iconic Hakoah Club in Bondi closed in November 2009, after its premises were sold to Toga Group two years earlier.