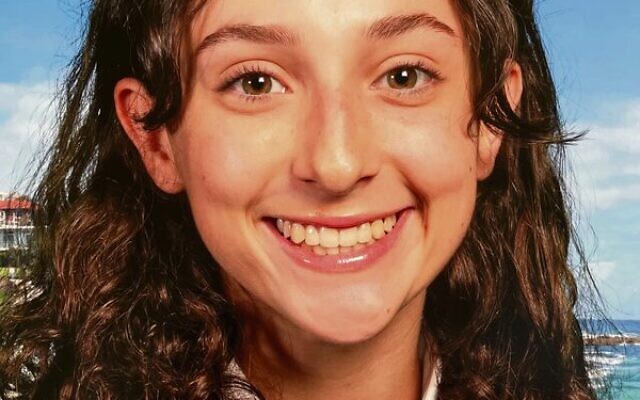 Killara High School student and BJE alumnus Guy Ashkenazy was only in year 11 last year, but he was accelerated into studying Modern Hebrew Continuers for the 2021 HSC under the guidance of outside tutor Leah Kronental, and ended up topping the course.

“I was certainly very happy to come first in the state,” he said, adding, “I thought that would be possible, and while after the final test I wasn’t sure, I knew I had put in the work every week.”

Born and raised in Israel, Ashkenazy moved to Sydney with his family after completing year 6, but admits he “dropped off Hebrew for the next three years after I came here, but I then decided to pick it up as a subject again in year 10, and then I got accelerated”. 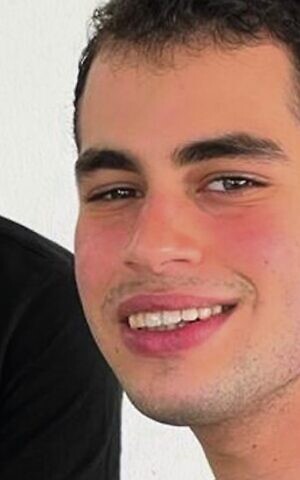 Ashkenazy said although going in and out of face-to-face teaching and remote learning throughout 2021 “certainly felt strange” to deal with, it worked out very well in the end.

“Leah, my tutor, is an absolutely great teacher, and while it was hard to stay motivated for the online-based studies, I wasn’t going to let that take away from this amazing opportunity I had to do Hebrew in my HSC.

“I also kept up reading and watching Israeli newspapers, news bulletins, and movies, as a learning tool, and I was able to resume face-to-face tutorials in the crucial few weeks before my final Hebrew exam, and we made sure we covered every detail from past papers, and that really helped.”

Ashkenazy thanked his parents for their support, and said he was now looking forward to finishing his other HSC subjects this year, “although I think I probably won’t be able to top a course again!”

“It’s very fulfilling knowing that all the hard work and effort has paid off,” Kesser Torah College year 12 graduate and dux Shoshana Spielman reflected, after coming First In Course in not one, but two HSC subjects – Classical Hebrew Continuers, and Extension. 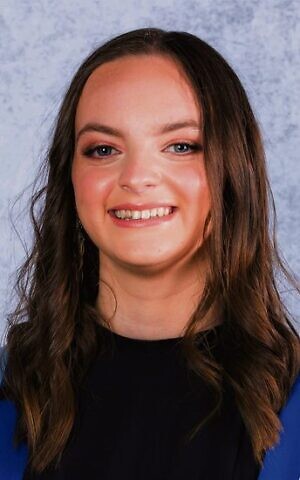 “It definitely wasn’t a clear cut thing [coming first], as there were many other people who were just as capable, but it was on my radar.”

Spielman said many ingredients combined to help her achieve topping both courses, stay motivated, and do her best.

“I think the key to success in anything is to enjoy it – and I loved the subject of Classical Hebrew, as a large part of my family are Jewish studies teachers,” she said.

“Also, a consistent effort throughout the year and a planned schedule – rather than leaving things to the last minute – was very important, and taking breaks and having a social life somewhere in the mix too, to make sure that studying for your HSC didn’t take over your life.”

Thanking her parents and close family members for their support, her school, and her teacher Rabbi Lobel, “who ticked all the boxes and is so knowledgable,” Spielman also thanked her classmates, and all the helpful group study sessions they had together, urging each other on.

“That was all about having an attitude of trying to always push your own personal limits, rather than trying to outshine anyone else.”

Spielman said delays to exams and assessments, and the shift to online learning, were out of anyone’s control, “so it was definitely about being adaptable, and trying to use the situation to your advantage”.

“Another key was not compromising on my values – for instance, I was very careful not to study on Shabbat.

“That not only gave me a bit of a break each week, but in a subject like Classical Hebrew, I felt it was also important to kind of practise what you preach.”

Spielman has decided to study medicine, but before that, she will spend a gap year at a seminary in Israel to pursue her other passion, studying Torah.

Shanni’s love of Latin pays off

In a year that was “so uncertain”, with trials pushed back and “every single deadline being postponed”, Sydney Girls’ High School graduate Shanni Yehuda credits a passion for her subjects, and the support of her friends, for her outstanding results. 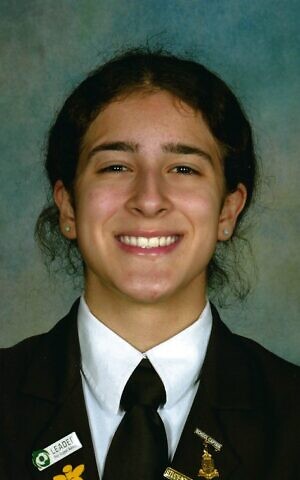 Not only did she earn the highest possible ATAR of 99.95, but she also topped the state in the Latin Continuers HSC course.

Yehuda said “being able to stay so close with my friends … and support each other”, played a huge role in her success, and she also found personal gains in being “forced to self-reflect” during the COVID-19 Sydney lockdown.

“I was lucky,” Yehuda added, of learning back in August that she had gained early entry into an arts/science degree course at the Australian National University (ANU) in Canberra.

The assurance of her place at university was “a privilege”, which took away “any pressure on my ATAR, other than … my own expectations”.

“What helped me get through the HSC was trying to let my love of the subjects I was doing, come before any pressure about results.”

Yehuda named maths, as well as Latin, as her favourite subjects.

First drawn to Latin by an early love of Percy Jackson books – and the Greek and Roman mythology from which they draw – she came to appreciate more and more about it.

“I just find the structure of the language really beautiful. There’s no word order, and you can do things with the language you just can’t do with English – it’s really eye-opening.”

The ability to find beauty in a lack of order seems to have served her well.

Yehuda also credits encouragement to study languages by her school.

Of her upcoming studies at ANU, she said she wants to explore a variety of academic interests, and she is looking forward to a change of scene in a new city.

“I don’t think it ever will sink in!” year 12 Reddam House graduate Talia Aviva Machet said, of coming equal first in the state in the HSC Dance course, “because that seemed so impossible”.

Passionate about dance since she was a toddler, Machet describes it as “the area that’s always come easily to me, and I absolutely love it”.

“In an HSC year of constant studying, changes – and a lockdown – dance was a place to be expressive, and to be myself, and maybe that’s a part of why I did so well too.”

When the Sydney lockdown began, that threw a spanner in the works for HSC students in all subjects, but particularly for dance, Machet said, which is “such a collaborative course”. 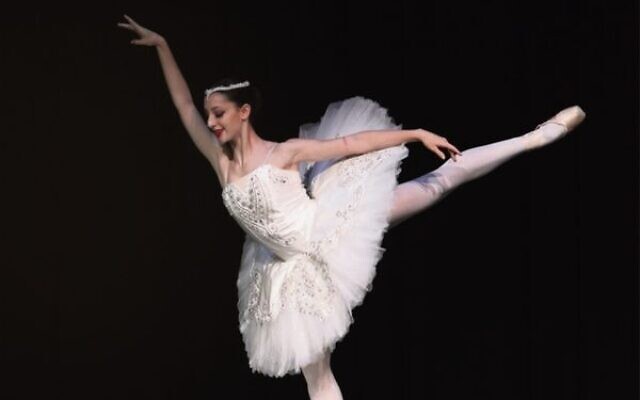 Machet performing ballet as part of her HSC Dance course.

“We had to find [COVID-safe] rehearsal spaces, and then during the lockdown, try to do them on Zoom, which became tricky.

“So I think it was a matter of being prepared to constantly adapt, and kind of suspend expectations about what would happen next.”

Machet performing ballet as part of her HSC Dance course.Machet’s major HSC project for the course was a solo dance, which involved collaborative choreography, followed by her performance for the HSC trials.

“I decided to pick a theme of my past experiences, through dance, so it was a work about retrospection and progression, and how to negate negative experiences – very visceral,” Machet said.

“Fortunately, we did get to perform our major works live on stage at our school for the trials, which was very special, and then we filmed it for the NSW Education Standards Authority for final HSC marking.”

Machet has decided to begin an Arts/Law degree this year, and although dance will always be a part of her life, “since I’m not going to be continuing dance professionally, this [her HSC major work] was my last hurrah!”

“Reddam House offered me a dance scholarship back in year 7, and has always been super supportive of the arts,” she said.