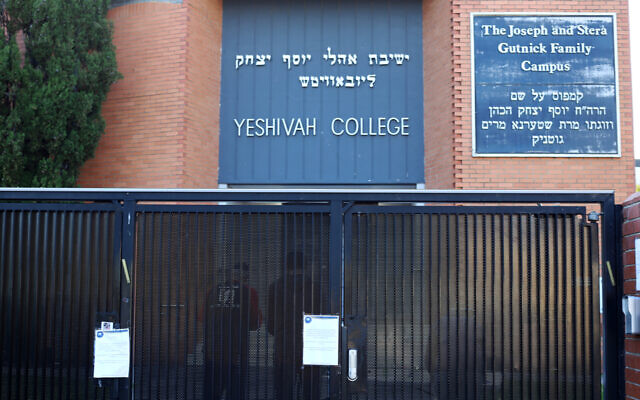 MELBOURNE’S Yeshivah–Beth Rivkah (YBR) Colleges has confirmed a third case of COVID-19, with a community member testing positive for the virus.

In a letter to parents, principal Dr Shimon Waronker wrote, “We are writing to advise you that we have been informed of a third confirmed positive test of a community member (neither a student nor a staff member of our school, but with close relatives within our staff and student body).

“The person, who has recently returned from overseas, went directly into isolation, as per Australian laws.”

It comes after a student also returned a positive COVID-19 result, having been in a class or davening with a staff member who had earlier tested positive.

YBR, including the early learning centre and creche, and the Yeshivah Centre were closed on Wednesday (March 11) after the person was identified late Tuesday evening.

It is understood the YBR teacher travelled on the flight QF94 from Los Angeles to Melbourne last Friday, and taught at the school on Monday morning. Despite not showing any visible symptoms, the teacher and their children – also students of YBR – were sent home after a couple of hours when the school became aware they had been exposed to the virus. Members of three other families, who were on the same flight, were also sent home and tested. 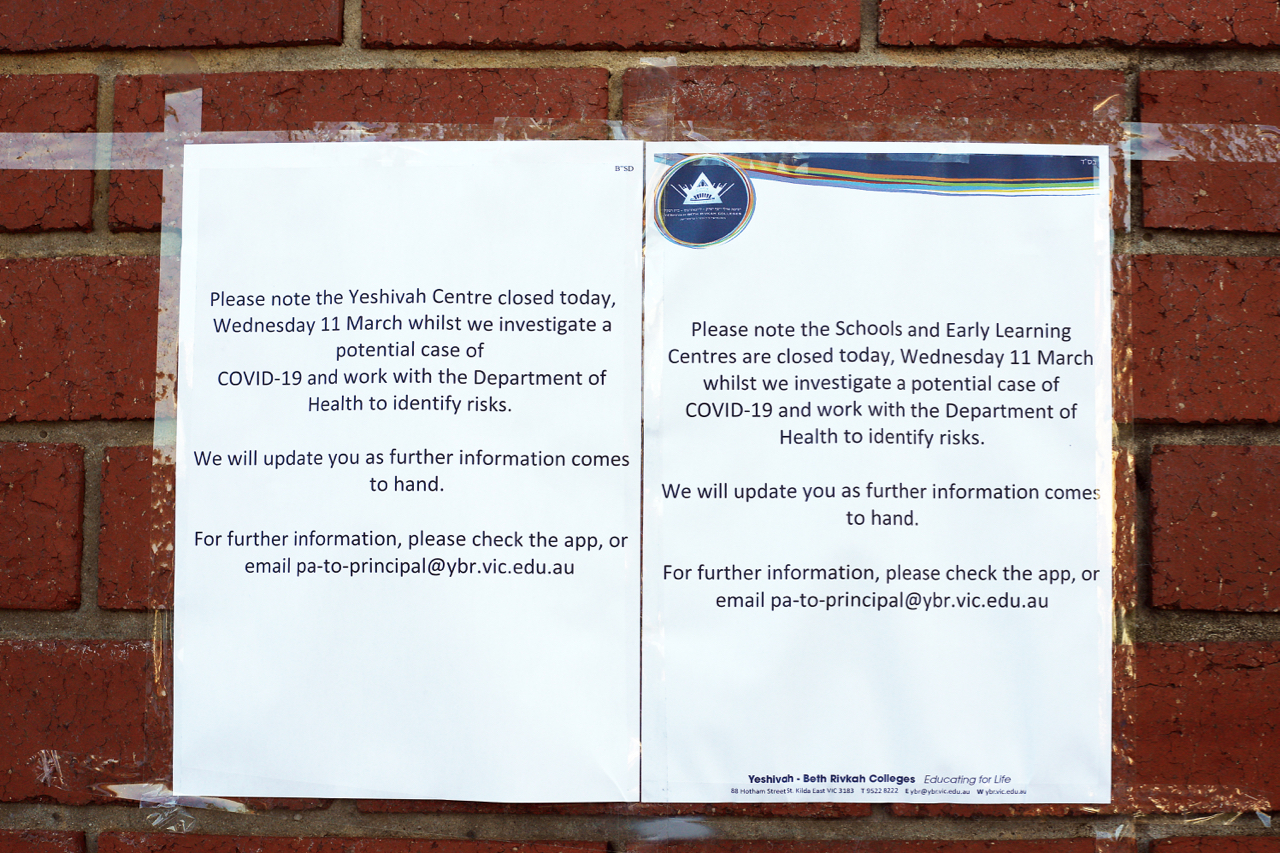 A sign outside the Yeshivah Centre on Wednesday morning. Photos: Peter Haskin

At time of print they were still awaiting their test results.

In an email addressed to the school community in the early hours of Wednesday morning, YBR principal Dr Shimon Waronker wrote, “The school leadership team has been in continuous contact with the Department of Health and been advised for the safety and wellbeing of our community, to close the Yeshivah Centre for 24 hours while we make further assessments of the situation and the next steps to be taken.”

Waronker’s correspondence also included a copy of a letter received from the Department of Health detailing the steps being taken.

“As there have been potential exposures to staff and students, the Department of Health and Human Services recommends closing the colleges for at least one day (Wednesday, March 11) and possibly further pending test results and contact tracing activities tomorrow to determine if any staff or students are required to home quarantine,” the statement read.

“The department also recommends closing the synagogue to attendees tomorrow morning as a precautionary measure, as the contact tracing exercise is undertaken.”

The letter issued advice to parents, staff and other people impacted by the closure, advising to stay home as much as possible yesterday (Wednesday) and “await further instruction from the department regarding either returning to normal activities or the need to home quarantine pending contact status”. 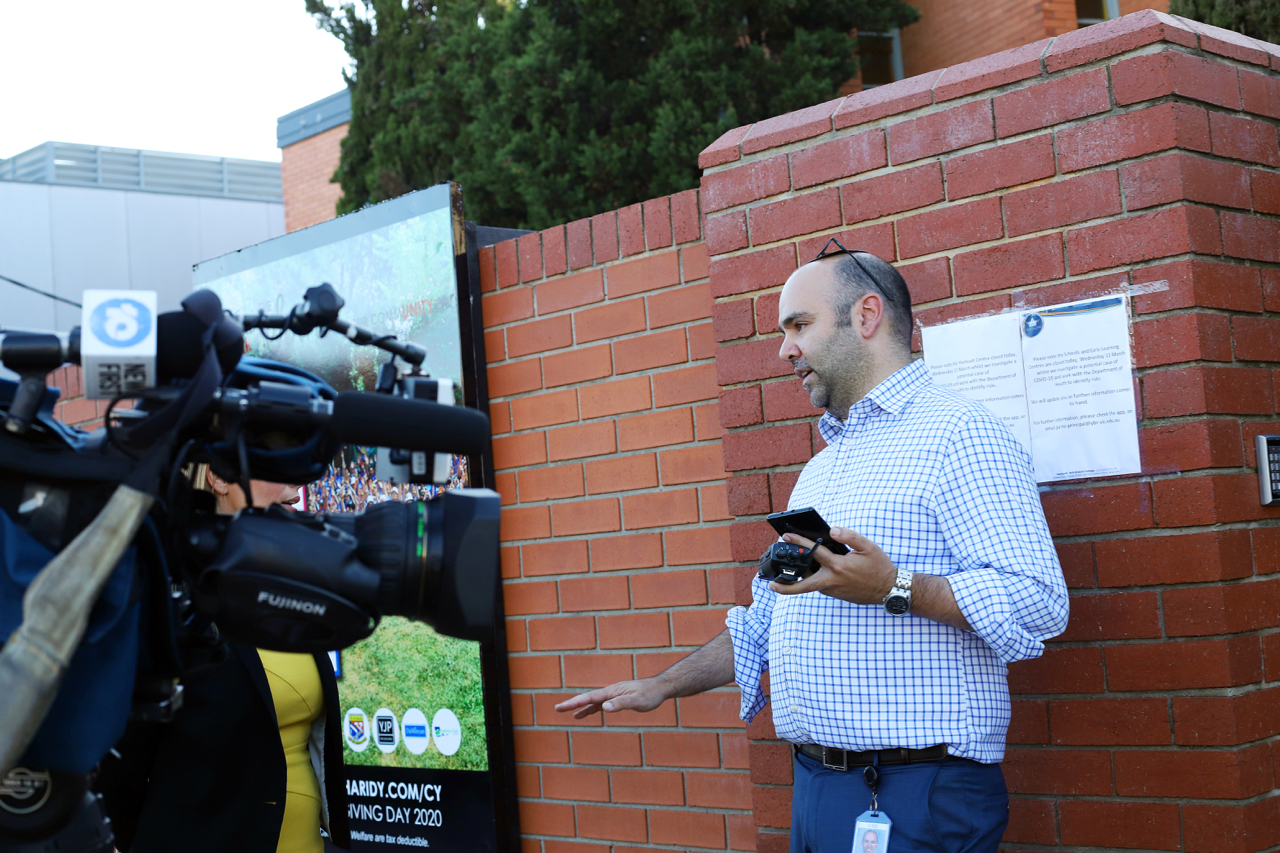 It continued, “All staff and students will receive information from the department informing them of whether they have been identified as a contact of COVID-19 or not and what steps they need to take.”

Following the arrival of coronavirus on the doorstep of the community, it was announced that Melbourne’s In One Voice Jewish culture festival, which was set to take place on Sunday in Elsternwick, has been postponed.

“We are committed to the safety and wellbeing of the community, responding to advice from health authorities and given the continued spread of infection and the risks large events may pose, this year’s festival has been postponed,” said In One Voice co-chairs Dvora Zylberman and Joe Tigel in a statement.

The annual March of the Living trip to Poland and Israel has also been postponed.

All Melbourne Jewish schools, aged care facilities and synagogues are also on alert, with preventative measures firmly in place.

Meanwhile, Maccabi Victoria has recommended all gatherings be limited to only players and essential others, and has given strict instructions for anyone who has been in or transited through mainland China or Iran to self-quarantine and not attend Maccabi events, training or competition “under any circumstances”.

Maccabi Football Club Caulfield (MFCC) has determined that all students who attend YBR and their families do not participate in MFCC or Football Victoria games, training, competitions or events until advice that the schools have been reopened.

In Sydney, meanwhile, an email was sent to Moriah College parents on Tuesday in which vice-principal Roberta Goot stated that students and staff will be required to self-isolate for 14 days if they, or people in their home, have travelled overseas to some impacted countries including mainland China, South Korea, Italy and Japan, among others.

“We are currently considering whether quarantine requirements will be extended to include all travel outside Australia,” added Goot.

Should the situation escalate, contingency plans are being formed in schools, “including the delivery of lessons to HSC students, and students throughout the College if we were forced to close the school”, said Kesser Torah College principal Roy Steinman.

Other schools, aged-care organisations and Wolper Jewish Hospital are also taking proactive steps in an attempt to prevent staff, students, patients and clients contracting the virus.

In addition, a number of missions to Israel have been postponed, including Premier Gladys Berejiklian’s trip this month.