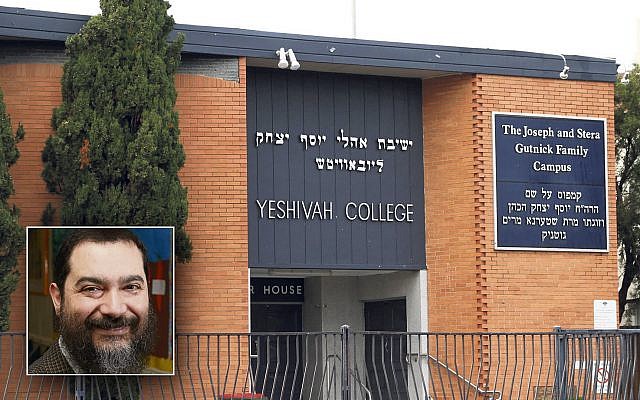 YESHIVAH-Beth Rivkah Colleges (YBR) has announced its intention to sign Dr Shimon Waronker as principal of the schools.

The board of YBR said that since Rabbi Yehoshua Smukler announced his resignation eight months ago they have identified and considered nearly 80 local and international candidates, before settling on the New York-based Dr Waronker.

“We considered the possibility of hiring separate principals for Yeshivah and Beth Rivkah, as well as a variety of alternate models, but concluded that the ideal principal for our colleges was an integrated administrator, who could holistically direct the efforts of the senior management of each of our five respective campuses, in their respective educational offerings,” the YBR school board said in a statement.

“After shortlisting a number of educators, we identified Dr Shimon Waronker as our lead candidate in terms of educational qualifications, experience and personal qualities.”

The board said Dr Waronker is a former US Army military intelligence officer and has worked as an educator in a number of New York schools, one of which was considered in the top 12 most challenging schools in NYC.

Dr Waronker has already visited the school and spent some time in Melbourne with his wife Malka, and is ready to take on one of the toughest jobs in the community.

But there is a catch – Dr Waronker’s most recent experience involved a run-in with an ever-changing school board. To avoid a repeat of that incident, he has expressed an intention to work at YBR if the school has a stable board.

“Our intention [is] to engage Dr Shimon Waronker as principal of Yeshivah-Beth Rivkah Colleges, subject to board stability being assured at the forthcoming elections and negotiating a mutually satisfactory final contract, with the hope that he commences his employment at the beginning of the 2020 school year,” the board said.