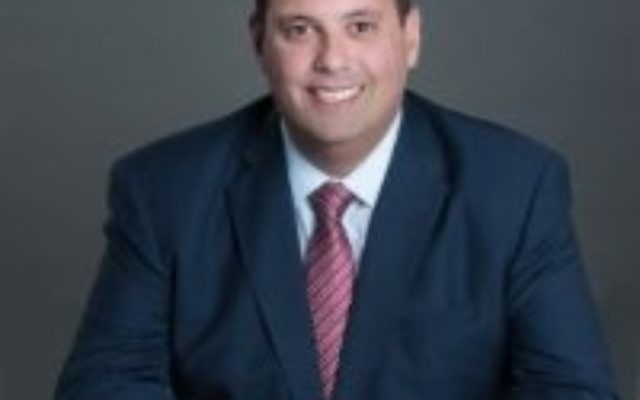 AT the state election last year, I was elected to represent the Southern Metropolitan Region in the Victorian Legislative Council.

That region includes the areas where most of the Melbourne Jewish community lives.

It also includes the Yeshivah Centre and its schools, Yeshivah College and Beth Rivkah Ladies College. Most of the parents of students at these school are my constituents and many are personally known to me.

Like all of you, I was shocked and angered at the revelations made at the hearings of the Royal Commission into Institutional Responses to Child Sexual Abuse.

To learn that repeated sexual abuse of students by staff of Yeshivah College has taken place over many years was bad enough. To learn that senior figures in the school and in the management of the Yeshivah Centre were made aware of this abuse and did nothing to stop it, but rather that they shielded and protected the perpetrators, was even worse.

Worst of all was to learn that these same people, respected and learned rabbis, leaders of our community, had engaged in slander and abuse of former Yeshivah students who had the courage to come forward and testify about the abuse they had undergone, and that they and their families had suffered ostracism from some sections of our community.

To learn that this same ostracism is continuing today is nothing short of shameful.

Those victims who came forward all deserve the praise and thanks of everyone in our community for exposing the evils that lurked in our midst and that threatened the safety of our children.

I note that a number of leaders of the Yeshivah Centre and other community leaders have apologised, and in some cases have resigned from their positions.
I think this was the correct thing for them to do.

Only in this way can the reputation of the Yeshivah Centre be restored and the community once again have confidence that our children will be safe in its schools.

But I do not believe that acceptance of personal responsibility and the replacement of individuals is enough.

The Yeshivah Centre, and the Chabad-Lubavitch movement which controls it, must accept corporate responsibility.

They must accept that the abuse that took place was not just a matter of personal failure but also a failure of institutional structure and culture.

These must be thoroughly reformed.

There must be an end to secrecy, to concealment, and to automatic acceptance of the actions of figures of authority.

There must be new values, and new rules to put those values into practice, before trust can be restored.

For that reason, I have written to the Prime Minister and the Premier, asking that the continuation of public funding to Yeshivah schools in Melbourne be made contingent on the following:

The resignation of all those who have been responsible for covering up sexual abuse in these schools and protecting the perpetrators, and also for slandering and persecuting those within the Jewish community who have had the courage to come forward as victims of sexual abuse;

The production of all documents relevant to the history of concealment of sexual abuse, to the shielding of those known or suspected to be perpetrators, and to the abuse of those who have come forward, and the handing over of these documents to the appropriate authorities;

The design and implementation, in cooperation with appropriate outside authorities, of specific and enforceable rules to prevent and detect any possibility of sexual abuse of students at these schools in future;

The establishment of a compensatory fund for victims to receive appropriate compensation without having to go through lengthy legal process or endure further public examination;

I also suggest to private donors within the community that they withhold further donations until the above conditions have been met.
Jewish schools in Australia are generously funded by both federal and state governments. I support this, and I will be active during my time in Parliament in seeking more funding.

But I do not believe that the Jewish community can ask governments for taxpayers’ money for our schools unless we demonstrate that we can operate schools which protect students from sexual abuse, and which report it to the appropriate authorities when it occurs or is suspected.

Perhaps I will be called a moser for taking such a step.

But I feel I would be failing both my electorate and the community to which I am proud to belong, that I would be failing in my duty as a politician, a parent and a Jew, if I left to others the task of cleaning up the scandalous situation which has been revealed by the Royal Commission.

Philip Dalidakis is a Member of the Victorian Legislative Council for Southern Metropolitan Region.