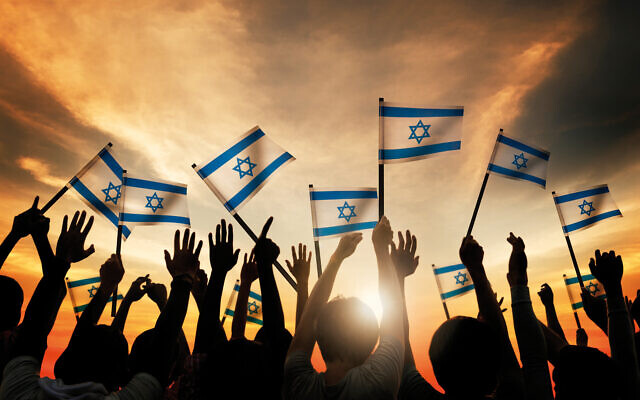 THIS verse concludes the haftarah traditionally recited in the Diaspora on last day Pesach and in Israel and elsewhere  on Yom Ha’atzmaut. The utopian messianic paradise described by the prophet Isaiah, wherein the “wolf shall dwell with the lamb” and the “lion like the ox shall eat straw”, culminates in the above proclamation, that the inhabitants of the Promised Land should joyously exclaim over God’s greatness in their midst.

But in what sense, precisely, is God portrayed here as being “great” in the midst of Zion?

One explanation is provided by Ibn Ezra. He comments: “It is proper that you should raise your voice, O daughter of Zion, for the Divine Presence is in your midst.” Ibn Ezra opts here for a more literal reading of the verse, namely, that it is quite simply the increased revelation of God’s presence in Israel that is the cause for joy. God’s “Shechinah” is literally “great in our midst”: God has returned to Zion and is among His people once more.

An alternative explanation for this verse, however, is offered by a careful reading of Radak’s commentary. He explains that “God’s name is great in your midst, through the miracles that He has performed.” In stark contrast to Ibn Ezra, who emphasises the overt manifestation of God as the source of elation, Radak’s reading here implies that is in fact in God’s deeds where He is truly revealed in times to come. Perhaps, in many senses, the latter’s interpretation is most appropriate when we apply Isaiah’s prophetic words to Yom Ha’atzmaut through their recital in the morning’s haftarah.

It is very easy to look at the modern, primarily secular State of Israel through a critical lens. Certain sects of Judaism scorn the celebration of Israel’s independence as a Godless endeavour. Radak’s exegesis to the verse in Isaiah provides us with the response: We cannot deny the miraculous nature of Israel’s inception – the wholly unlikely act of the establishment of the State of Israel is testimony to God’s great name in our midst. It may be a secular state, but its very existence is nothing short of a miracle. God is indeed “great in our midst”, not through blatant messianic revelation, but through the wonders He has performed in establishing the Jewish state.

During my service in the Israeli Army, I was once asked by a secular soldier why I had chosen to make Aliyah and join the IDF. “You could be studying at university in your hometown of London right now,” he noted with incredulity, “and instead, you are standing on guard duty on some random hilltop at two o’clock in the morning with me!”

I responded to him that the very premise of his question was erroneous. “This is not ‘some random hilltop’,” I replied. “It is the land which was promised to our forefathers, where our ancestors established a kingdom twice previously. I feel more closely connected to this land than any location in London or anywhere else in the world.”

The close connection and sense of calling which so many of us feel regarding the Jewish homeland today can be described as twofold in nature, in a similar fashion to the Mishkan in the desert. On the one hand, the Mishkan is described as the “Ohel Moed”, tent of meeting, fundamentally a place where people meet God and seek out His presence. Yet, simultaneously, it is also called the “Mishkan haEidut”, sanctuary of the testimony, wherein the Luchot haEidut, two Tablets, were kept, exemplifying its role as the home of Torah. Thus, the Mishkan – and later the Temple in Jerusalem – constituted both a place where the God’s presence rested and the centre of Torah.

I believe that this dual calling is true about the entire Land of Israel today. On the one hand, Israel has boomed as a central hub for Torah study. Unprecedented numbers of Yeshivot and Midrashot have flourished, with masses of students flocking to the Promised Land from all four corners of the earth each year. Never has Torah been more accessible to the entirety of the nation, and never in modern times has one location on Earth held that status as the centre of Torah learning.

At the same time, Israel is undeniably the centre for spirituality, the place where God can be felt more than anywhere else in the world. Not just at the Kotel, but throughout the bustling streets of a land long left barren, the revival of Jewish activity in the land is simply the voice of God calling to us through the modern state. That is how Radak understands the words of Isaiah, and it is that feeling which I conveyed to my fellow soldier on that hilltop in the small hours of the night.