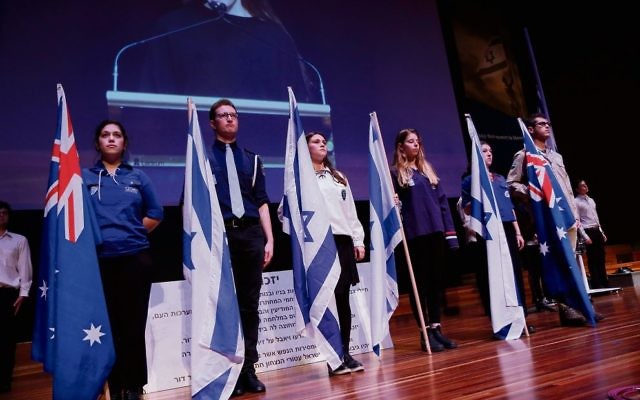 TUESDAY night’s Yom Hazikaron commemorations in Sydney and Melbourne struck a particularly emotional chord, following the loss of four Israeli lives over the weekend as a result of Hamas rocket fire from Gaza.

Paying tribute to the victims, Zionist Council of NSW (ZCNSW) president Richard Balkin remarked, “May their memories always be a blessing as their deaths are an ever-present and jarring reminder that although the Jewish State celebrates its 71st year of independence, it still faces an implacable enemy consumed with ancient hatred intent on our destruction.”

He continued, “We recognise that we can only stand here, free as Jews and proud Zionists because of the sacrifices made by our brothers and sisters in Israel.” 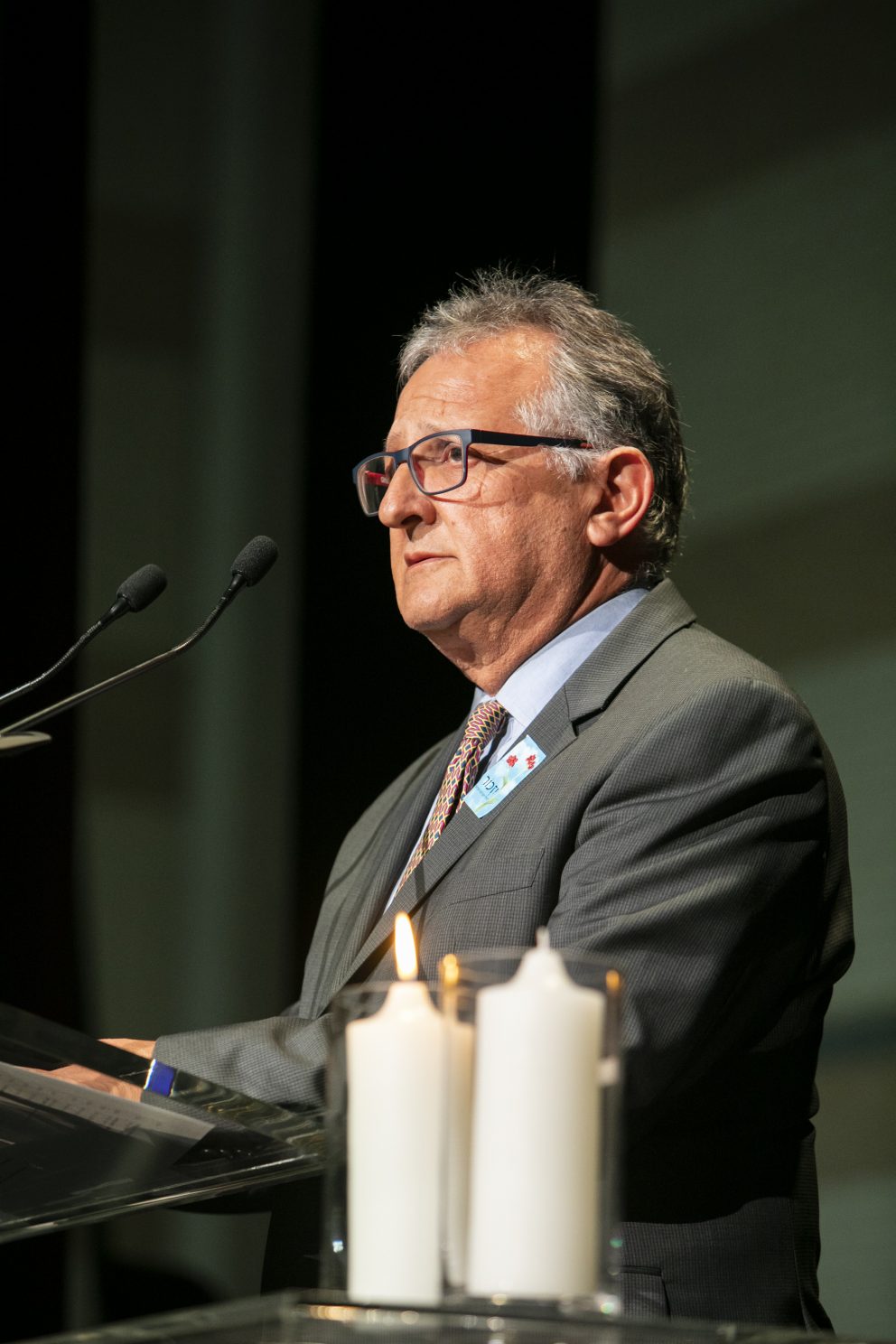 Addressing the audience at Moriah College, Yochai Ansbacher, who served in Duvdevan, shared the moving story of Sean Carmeli, a lone soldier from Texas. When Carmeli was killed in action, his family were concerned there would not be enough people to form a minyan at the funeral since it was held late at night. 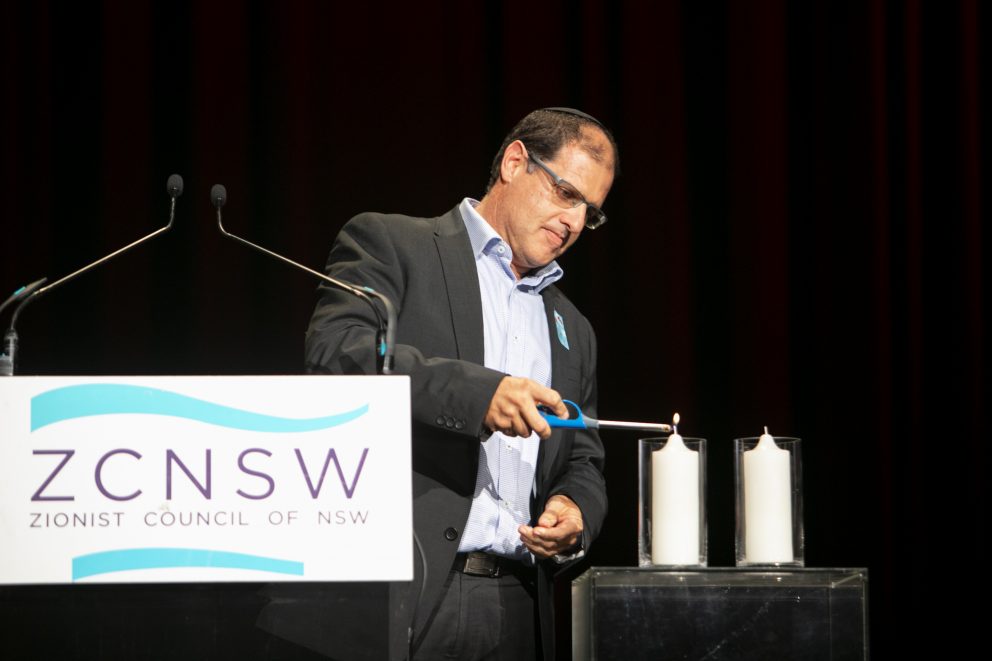 Working for a not-for-profit organisation that supports Israeli soldiers, Nir Sinay every day posts a story of a soldier killed in conflict on the Facebook group, Remembering Israel’s Fallen, gaining an insight into each soldier’s world through sentiments shared by family members, teachers, youth group leaders, commanders and fellow soldiers.

“The hardest, absolutely most terrible part of this, is when I see pictures of those who died in the battle that my little brother took part in,” remarked Sinay. During the 2014 conflict with Gaza, Sinay was in Europe anxiously waiting to receive a message from her brother that would allay her fears.

Fortunately, that message arrived, but today, said Sinay, is for the families who never received a message back. “Today is for these beautiful young faces who all died for the only home that we have.”

Shlichim and various representatives of the Zionist youth movements also delivered moving words, while JNF NSW president David Moses reflected on the two important annual memorial days for the Jewish people. “Last week on Yom Hashoah we were reminded of the cost of not having a State of our own. Tonight on Yom Hazikaron we are reminded of the price that we pay in order to keep the State of Israel,” he said. 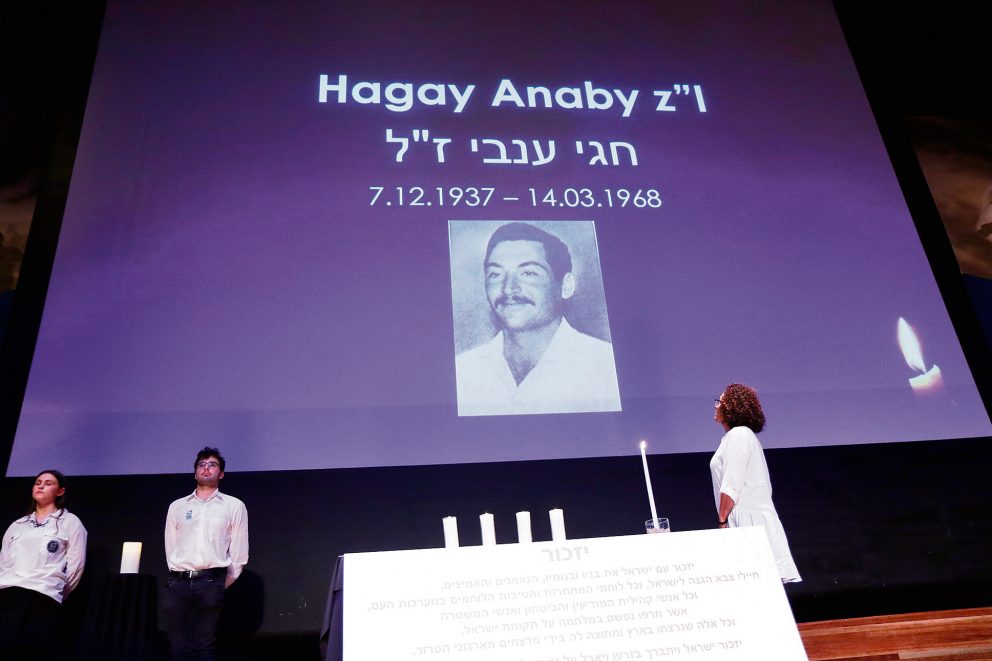 Vared Ishay looks up to her fallen father, Hagay Anaby, after lighting a candle in his memory at Melbourne’s Yom Hazikaron commemoration. Photo: Peter Haskin

Zionism Victoria president Sharene Hambur said in her opening address, “Our hearts break as we recall those innocent civilians who have lost their lives, and the members of the IDF who have given their lives to secure the safety and security of the State of Israel.”

The solemn tone of the evening was encapsulated with moving readings, musical performances and visual presentations.

As the siren which traditionally sounds over Israel marking the beginning of Yom Hazikaron faded into silence, stirring recitations of Yizkor were heard from Rabbi Daniel Rabin, and El Maleh Rachamim by Rabbi Yehoshua Asulin.

Throughout the evening, candles were lit and the stories of fallen soldiers were shared.

Shai Israel recounted his personal story where he grew up only hearing the memories of his uncle Shmuel who had been killed in a training accident along with three other men in his tank.

He also reflected on his time serving in the Second Lebanon war and the moment he learnt that his close friend, Shimon, had been killed during battle in Bint Jbeil.

“Thanks to them [our sacrificed loved ones] we rise. Because of them, we are alive … The spark of the mission that burned inside them continues on, and it is our responsibility to nurture this spark for generations to come.”

Israel’s sentiments were echoed in the closing remarks by Miriam Suss.

“[On Yom Ha’atzmaut], we will have the chance to celebrate the privilege of living in a Jewish state. But tonight we have the sacred responsibility to give thanks to those who have given us that privilege, and we thank the fallen soldiers that have protected us,” she said.

“We embrace the families, and all bereaved families who sacrificed so much and we promise that their ultimate sacrifice will not be in vain.”