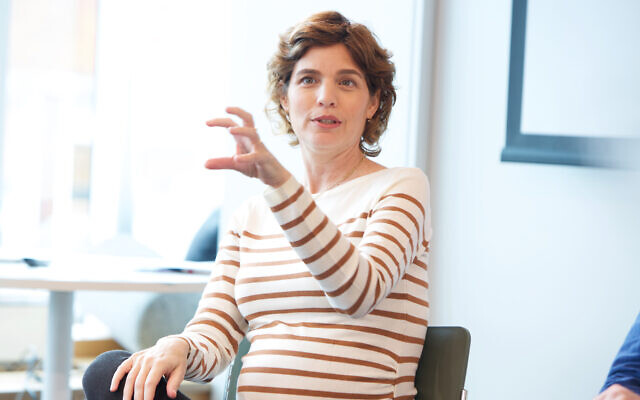 WHILE Knesset member Tamar Zandberg was visiting Australia as a guest of the New Israel Fund last week, she became the newly elected faction head of Israel’s Democratic Union.

The alliance comprises her party Meretz, which has three MKs, Ehud Barak’s Israel Democratic Party which has one MK, and the Green Movement, which also has just one MK.

Asked by The AJN if the Democratic Union would consider joining a coalition with Blue and White, Zandberg said they would, emphasising the party’s desire to have the “chance to influence and promote our values from a coalition”.

She added, “It is our responsibility to unite the left and grow stronger and we can only do that if we’re clear on our message, sharp on our values and persistent on our efforts in achieving them.”

As for the potential of joining a Likud-led coalition, Zandberg ruled it out, saying, “We won’t go with a group that stands for the complete opposite.”

She also implored Benjamin Netanyahu to stand down while awaiting the outcome of criminal proceedings.

“A prime minister cannot sit on the most important chair in the country while being accused in the most severe allegations of corruption,” she said.

In the meantime, Zandberg is unsure whether the current government crisis can be resolved without another election being held.

“We might have to go to third election to determine the political situation. I hope even if it does happen we’ll come back stronger,” she said. “I can only hope and work hard for better results, like every time, but I hope this time it will be closer than ever.”