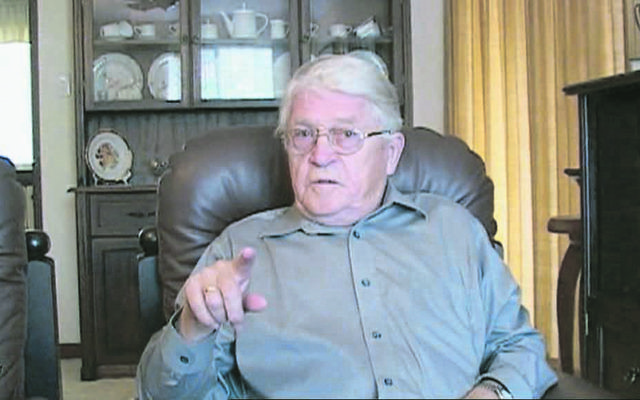 Charles Zentai, who died in December 2017, allegedly killed a young Jew in Budapest in 1944 because he was not wearing a yellow Star of David.

ACCUSED Nazi war criminal Charles Zentai died at the age of 96 in Perth in December.

Hungarian-born Zentai was accused of beating Peter Balazs, 18, to death at an army barracks in Budapest in November 1944 for not wearing a yellow star.

The Jewish teenager’s body was subsequently dumped in the Danube River.

For more than seven years the community, and the government, fought to extradite Zentai to Hungary to face justice.

In 2005, Zentai was arrested by the Australian Federal Police and three years later an Australian magistrate found that he should return to Hungary.

But after an appeal to the Federal Court, and a further hearing in front of the High Court, he avoided extradition.

Zentai remained in Perth until his death.

“Australia has one of the finest and fairest legal systems in the world, but as a society we have a long record of failure to address historical injustices until it is too late,” Executive Council of Australian Jewry president Anton Block and executive director Peter Wertheim said.

They said that for years, governments and Australian institutions have turned a blind eye to several major issues, including the entry of war criminals into Australia from conflicts all over the world.

“In 2012, Australia’s High Court ruled that the Australian government could not order Zentai’s extradition to Hungary to face a criminal trial, because the offence of ‘war crime’ did not exist under Hungary’s laws in 1944,” they said.

“The decision was widely criticised as a triumph of narrow legalism over substantive justice.”

Block and Wertheim went on to say that Australians are fortunate that they have never faced the daily horrors of living under a totalitarian government.

“The very idea of killing a teenage boy because of his religious or ethnic background is well beyond the range of experiences of most of us.

“But there is something we can all understand. The surviving relatives of Peter Balazs were not looking for vengeance. They wanted the whole truth about what happened to Peter to be revealed after all these long years, to put their anguish to rest.”