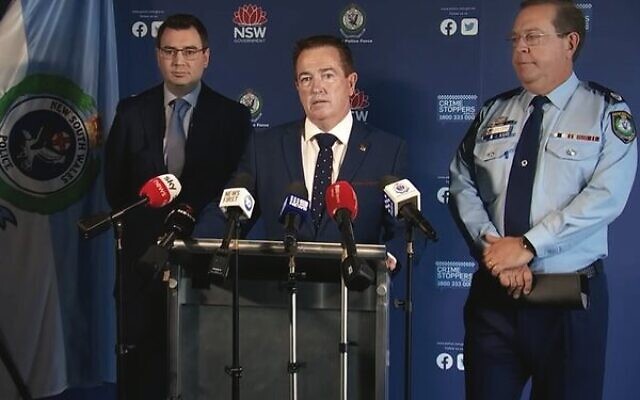 Almost four decades after two coordinated bombs targeting Australia’s Jewish community were detonated, the NSW government this week announced a $1 million reward for information that could lead to the arrests of those responsible.

The first bomb on December 23, 1982 exploded outside the Israeli consulate in Westfield Towers on William Street in Sydney and left two people seriously injured. The building sustained significant damage, reducing the internal stairs to rubble and creating a hole in the concrete steel-reinforced floor.

A second bomb was then detonated hours later in a car parked beneath the crowded Hakoah Club in Bondi, which was busy hosting hundreds of competitors for the Maccabi Games.

At the time, detectives said the Hakoah Club explosion was designed to collapse the building and kill the people inside, but by sheer luck the device failed to detonate correctly and no one died.

Police have called the bombings – which were quickly linked and caused a small number of injuries but no deaths – Australia’s “first terrorism cold case” and an act of “international terrorism motivated by Palestinian nationalism”.

Investigations into the bombings were revived on Monday by NSW Police and the state government, with the first day of a coronial inquiry into the attacks.

The purpose of the coronial inquiry is to recognise the significance of the cold case terror attack and to attribute responsibility for the bombings. 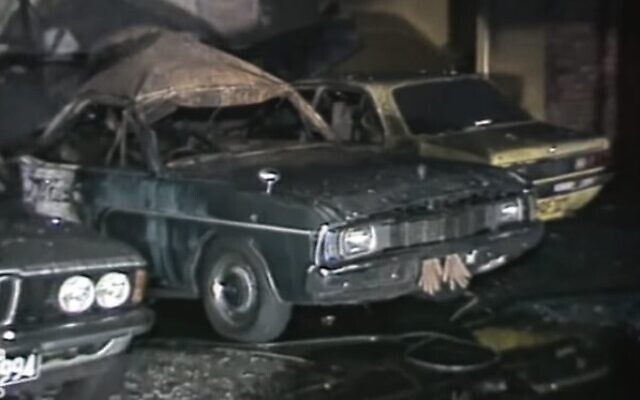 Damage seen to cars after the car bomb went off in the basement of the Hakoah Club in Bondi.
Photo: YouTube/Screenshot.

Speaking at Lidcombe Coroners Court on the opening day of the inquiry, counsel assisting Dr David Kell SC said the bombs had been made offshore by Hussayn al-Umari, a known terrorist and part of the Palestinian May 15 Organisation.

“[Al-Umari is] a man who is still wanted by the US Department of Justice for a number of bombing campaigns,” Kell told NSW State Coroner Teresa O’Sullivan.

One or more Australian supporters of the May 15 terrorist group placed and detonated the two bombs, O’Sullivan heard.

“It also provides a timely reminder that such an act of terrorism is not to be forgotten,” Kell said.

Police believe there were three people behind the bombings. A facial composite was made up of the trio in 1982 based on witness descriptions, and they are linked to the car used in the Hakoah Club bombing.

Police believe at least one of the three remains in Australia.

Toole said detectives have dedicated thousands of hours over the years, particularly in the last decade, to solving the case and he hopes the reward will encourage members of the public to speak up.

“These two horrific targeted attacks were international acts of terrorism and, despite extensive damage caused to the Israeli consulate and the Hakoah Club, we are extremely fortunate that no one was killed,” he said. 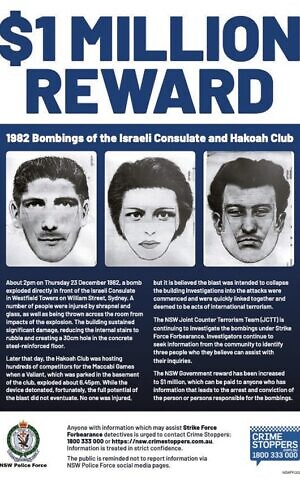 The NSW government is offering a $1 million reward for information about the 1982 bombings.

“I hope this increased reward of $1 million will be the final push members of the public need to offer up information – no matter how big or small it may seem – to help police in their unwavering quest for answers and provide closure for all those involved.”

“Rewards are an important tool in many investigative strategies, particularly where we know there’s a reluctance or fear of providing information to police,” Walton said.

“These attacks have remained in the hearts and minds of Jewish, Israeli and Australian communities – and certainly never forgotten by investigators – who’ve worked diligently to prepare evidence for the information of the NSW Coroner.

“It is our hope that the reward will motivate those who know who was involved in the bombings to come forward and help us solve this 40-year-old mystery.”

Bark added that the Jewish community remains hopeful someone with information will come forward.

“For four long decades, our community has searched for answers about this heinous terrorist attack targeting innocent Australians on our own soil,” Bark said.

“Despite the miracle that no one was killed, the community deserves to know the truth, and this reward is a step closer to closure.

“The NSW Jewish community is incredibly grateful for the NSW Police Force and its dedicated detectives who have never given up hope and continue to work every day in the pursuit of justice.”

The $1 million reward can be paid to anyone who has information that leads to the arrest and conviction of the person or persons responsible for the bombings.