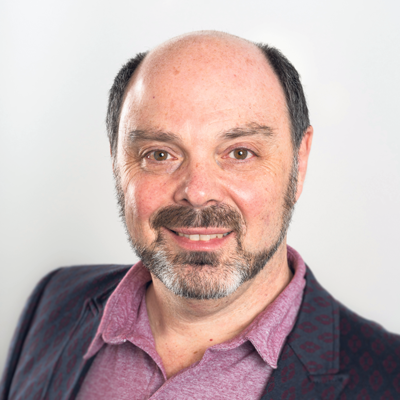 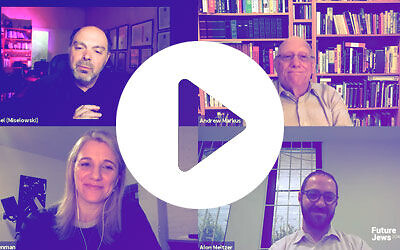 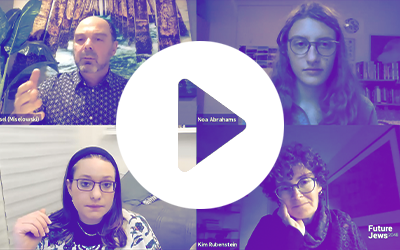 In the second episode, Morris chats to Israel TV News’ Sivan Rahav-Meir, Professor Kim Rubenstein from the University of Canberra and Noa Abrahams from Jewish Women of Words. 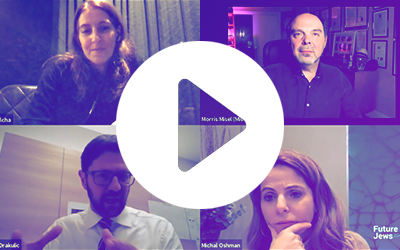 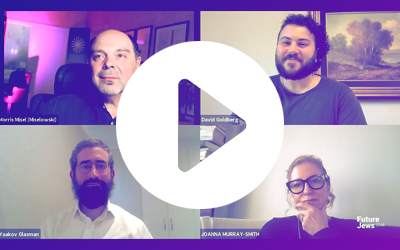 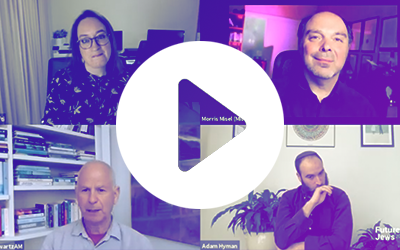 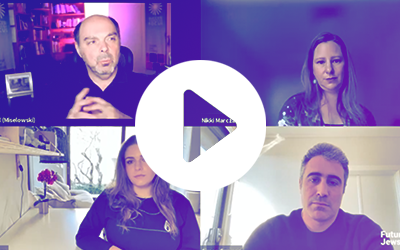 The series of fireside chats seek to inspire, inform and provoke a pragmatic forward-looking community discussion about the possible futures of Jews and Judaism in Australia and globally.

Each month Morris will be joined by 3 guests, each sharing their topic specific foresights on the possibilities, opportunities and concerns that may be ahead.

AJN readers will be encouraged to debate the monthly issue and share their opinions.

Would you like to suggest Guest Panellists or provide your perspectives on
these topics?