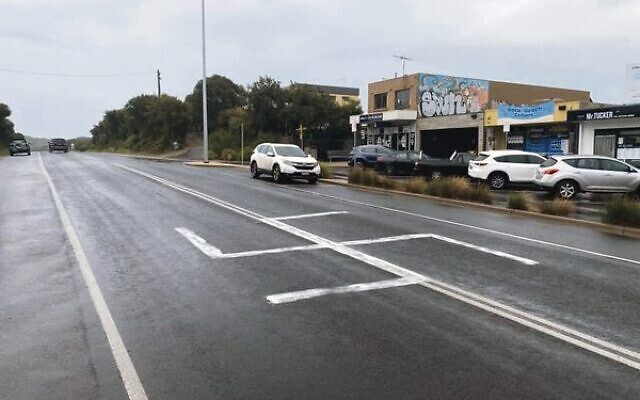 CONGREGANTS chased by two offenders with a knife outside a Brisbane synagogue. A man who shouted “I will f***ing murder you” outside a Melbourne Jewish preschool. Swastikas and “f*** the Jews” daubed on Jewish residences in Sydney.

These were just three of the 490 antisemitic incidents recorded by the Community Security Group (CSG) in Australia in 2021, a 38 per cent increase on the year before.

But CSG said it is “highly likely that there remains significant under-reporting” of incidents to CSG and law enforcement and the true number “is likely to be much higher”.

“To deface the mural of a late and much-loved member of the Jewish community with a moustache resembling Adolf Hitler is beyond the pale,” NSW Jewish Board of Deputies CEO Darren Bark said.

“While this incident is troubling it is not totally unsurprising, given the resurgence of antisemitism globally, and the concerning fact NSW experienced the highest reported number of antisemitic incidents in the country.

“It is a timely reminder of the need for greater education in our community about the Holocaust and antisemitism more generally.”

Meanwhile in Melbourne, a poster of Jewish MP Josh Burns was defaced with antisemitic graffiti for the second time in a fortnight.

The single highest category of antisemitic incident reported was abusive behaviour at 424 incidents (87 per cent), followed by 29 incidents of damage and desecration, 20 threats and 10 antisemitic assaults, including one of an identifiably Jewish individual that resulted in hospitalisation. Three assaults involved schoolchildren.

Anti-Israel discourse was involved in 100 incidents, compared to 61 incidents in 2020. This represents a 64 per cent increase. CSG said it was “highly likely” due to the Israel-Gaza conflict in May 2021.

Offenders were charged in relation to six incidents, four of which occurred in NSW and two in Queensland.