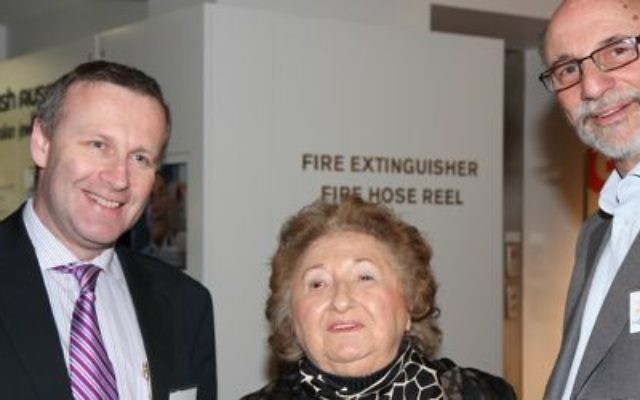 A SELF-MADE businesswoman is pumping $4 million into scholarships and education programs to enable Jewish children to develop and to embrace their Jewish heritage and identity.

“I’m not religious in any sense but I believe in the importance to Judaism to survive,” nursing homes owner Millie Phillips said.

“I think Jewish day schools are important because there seems to me that there isn’t the same Judaism expressed at the home as there was in my time.”

Phillips said she did not understand what had changed in the world since she was a teenager but the result was clear.

“It’s getting to be a very big world with a lot of people and Judaism will be different in 200 years.”

Each year, Jewish schools will be able to apply for funding on a case-by-case basis to offer fee assistance to students.

About a third of the annual allocation from the fund will go towards the schools while a further 30 per cent will be allocated to support Israel programs.

The final 40 per cent will be allocated to local camps and other projects that support Jewish continuity.

Phillips said the Israel programs were a key component of the fund.

“Without Israel, we would be a very different kind of people,” she said.

“If we had Israel [sooner] then there may not have been the Holocaust, and we wouldn’t be able to say in public [now] that we are Jews.”

“It is absolutely amazing that Millie Phillips has both been so generous as well as far-sighted in establishing her very large endowment, the bulk of which will focus on these two facets – Israel programs and youth movement camps,” Weiser said.

“I am not sure that Millie herself even realises the full benefits of her outstanding contribution and she deserves the thanks she will rightly receive from the many youth who would otherwise not have had the opportunity to participate in and benefit from these vital activities.”