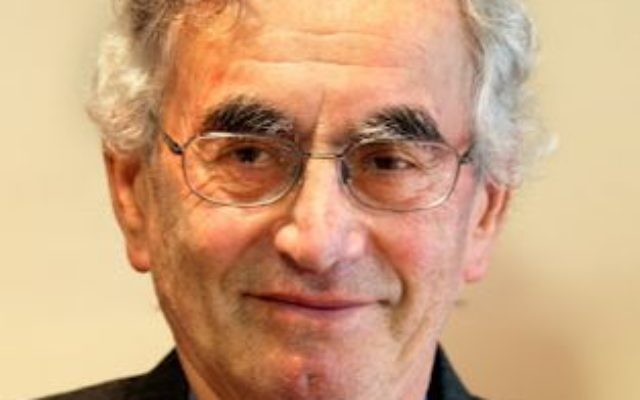 HOW should we Jews react to the worldwide refugee crisis? In light of the attacks in Paris, there are those who argue we should close our borders.

The attacks resulted in around 130 deaths. This is horrendous and demonstrates the complete lack of respect for the sanctity of human life by the perpetrators of this heinous crime.

This means that the people of Syria have been subjected to the death toll experienced in Paris every day for four-and-a-half years. No wonder there has been such an exodus of Syrians seeking refuge in Europe and elsewhere.

On Rosh Hashanah at the Leo Baeck Centre for Progressive Judaism, Rabbi Jonathan Keren-Black made the following pertinent observations regarding the Syrian refugee crisis: “Hungary’s official response has sometimes had a blatantly racist tone – Prime Minister Viktor Orban said, ‘Those arriving have been raised in another religion, and represent a radically different culture. Most of them are not Christians, but Muslims,’ he said. ‘This is an important question, because Europe and European identity is rooted in Christianity … There is no alternative, and we have no option but to defend our borders.’

“I am sure there are some Jews who agree: ‘Muslims are all the same, violent fundamentalists, and we can’t trust any of them.’ If so, simply replace the religion – how would you feel if Prime Minister Viktor Orban had said, ‘Those arriving have been raised in another religion, and represent a radically different culture. Most of them are not Christians, but Jews … There is no alternative …’

“First and foremost, these refugees – whether they are from Syria, Sudan, Iraq or Afghanistan – are people, human beings, like us, but uprooted from their homes, their extended families, their cultures, environments, languages, foods, jobs – so actually more like many of our parents or grandparents than most of us.

“They need our help, our compassion, our patience and understanding. Welcome the stranger – for you know what it is like to be a stranger – one of the most common instructions in the Torah.”

The injunction, otherwise expressed as “Do not oppress the stranger, for you yourselves were strangers in the land of Egypt,” occurs in the Torah 36 times.

Rabbi Jonathan Sacks, former chief rabbi of the United Hebrew Congregations of the Commonwealth, has written: “It is terrifying in retrospect to grasp how seriously the Torah took the phenomenon of xenophobia, hatred of the stranger. It is as if the Torah were saying with the utmost clarity: reason is insufficient. Sympathy is inadequate.

“Only the force of history and memory is strong enough to form a counterweight to hate.

“Why should you not hate the stranger? asks the Torah. Because you once stood where they stand now. You know the heart of the stranger because you were once a stranger in the land of Egypt. If you are human, so are they.

“If they are less than human, so are you. You must fight the hatred in your heart as I once fought the greatest ruler and the strongest empire in the ancient world on your behalf. I made you into the world’s archetypal strangers so that you would fight for the rights of strangers – for your own and those of others, wherever they are, whoever they are, whatever the colour of their skin or the nature of their culture, because though they are not in your image – says God – they are nonetheless in Mine.

“There is only one reply strong enough to answer the question: Why should I not hate the stranger? Because the stranger is me.”

The Jewish community in Australia today is well established but it is pertinent to remember that this was not always the case.

At the Evian Conference in 1938, called to discuss the issue of increasing numbers of Jewish refugees fleeing Nazi persecution, Australia’s minister for trade and custom, Thomas White, said: “It will no doubt be appreciated also that as we have no real racial problem, we are not desirous of importing one by encouraging any scheme of large-scale foreign migration.”

While we welcome the government’s recent decision to accept 12,000 Syrian refugees, let us not forget about the asylum seekers languishing in the hellholes of Manus Island and Nauru, where sexual and other physical abuse are reportedly rife and where the inmates suffer from despair wondering what they have done wrong when in fact they have broken no law.

Let us also not forget about asylum seekers languishing in the detention centre on Christmas Island.

Robin Rothfield is an executive member of the Australian Jewish Democratic Society and a member of the Leo Baeck Centre for Progressive Judaism.