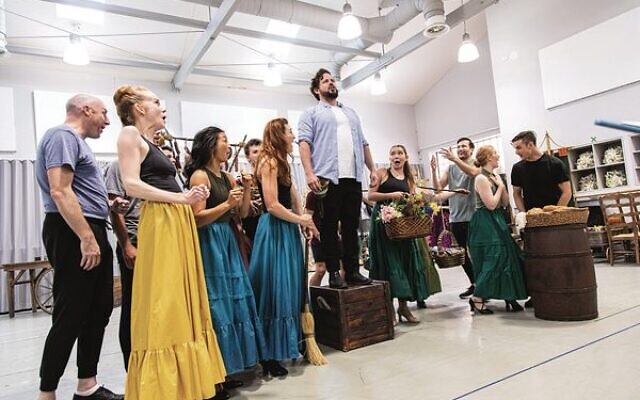 The cast of Cinderella during rehearsals.

These are just some of the ways international media has described Rodgers and Hammerstein’s Broadway production of Cinderella. Indeed, it’s an updated, contemporary twist on the classic tale, where Cinderella as a character truly shines, because as any modern woman will tell you – she doesn’t need a man to rescue her.

Rubin Matters was starring in the Australian production of Shrek the Musical when theatres went dark due to COVID-19 shutdowns. He’s now starring in Cinderella, and it’s the first time he has been back on stage since the virus plunged the world into chaos.

Matters – who spoke to The AJN in between rehearsals, saying hi to Todd McKenney as he strolled past – said it’s a privilege to be back on stage with such an important message of “kindness”, which he reveals is the backbone to this production.

“The additions that they’ve put in musically really help the story and are just so beautiful to listen to,” he said. “And then story-wise, we really see Ella – Cinderella – as the hero of the story. It packs a really good message of kindness and self-belief. I think it’s really nice, especially in 2022, to have a show about supporting and loving one another, caring for all, no matter what class you are, no matter who you know, where you make it in society, in terms of status. It’s a really nice message in that way. And I think that’s really highlighted in this version.” 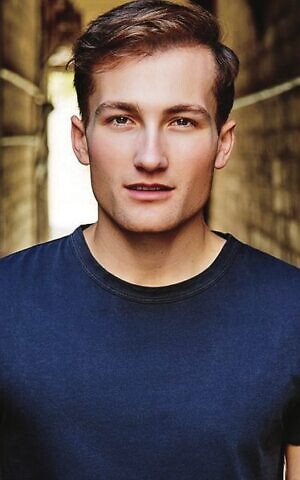 Matters, who attended King David School before being accepted into the Victorian College of the Arts Secondary School, said whether she knew it or not, his mother was the one who really influenced his love of musicals.

“I was obsessed with Gene Kelly growing up and all of his movies, especially Singing in the Rain,” he said. “I loved the musical The Boy From Oz because it was an Australian musical. That’s something I’ve become really passionate about as I’ve gotten older – Australian musicals and Australian performances in general.”

For Matters, it’s amazing to be working with Todd McKenney, who starred in The Boy from Oz, because the musical was such an inspiration to Matters growing up.

With so much pushback on the traditional musical about the damsel in distress and the prince coming to her rescue, this version of Cinderella is resonating with everyone.

“I’ve been watching in the rehearsals, and I’m so moved by the story and the music. They go so beautifully hand in hand,” Matters explained.

“There’s a really beautiful moment where Silvie Paladino [Marie, the Fairy Godmother] sings There is Music in You to Ella, which really is the final thing to make her believe in herself and go to the prince to fix a lot of the issues within the kingdom and have confidence to stand up for a lot of people,” Matters explained. “It’s such a great take on the story, because ultimately – spoiler alert – the prince doesn’t really save the day in the end, it’s Ella.

“We go to the theatre to feel good. But theatre has such a good way of making people think, and I think this show does both of those things brilliantly.”