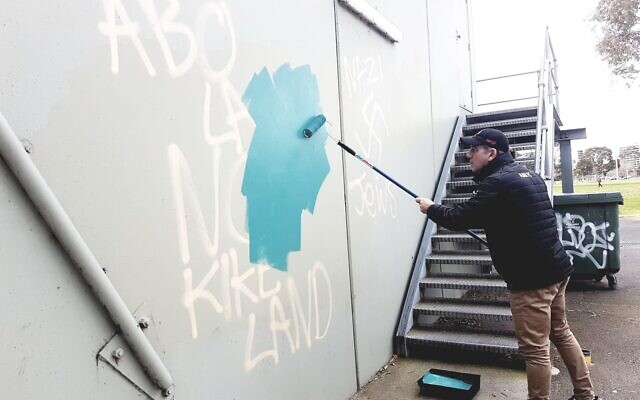 ANTISEMITIC graffiti daubed on Melbourne’s Gary Smorgon Oval, which is home to AJAX sporting clubs, on Saturday afternoon has been described as a “cowardly act” of “pure hatred”.

As The AJN reported on Sunday morning, the words “Abo (sic) land not kike land” were found scrawled on a wall of the club’s rooms. A swastika and the words “Nazi” and “Jews” were  spray-painted alongside the slur.

The vandalism, which was reported to Port Phillip City Council and to CSG, was removed earlier today.

In a joint statement, Ajax Football and Maccabi Ajax Cricket Club said they were “absolutely appalled to see a direct antisemitic attack on our club rooms at Albert Park overnight”.

Stating, “There is no place for hate, racism or antisemitism anywhere in our community,” the clubs added, “Our resolve is stronger than ever to represent our great Jewish community proudly on the sporting fields of Albert Park and right across our great city.” 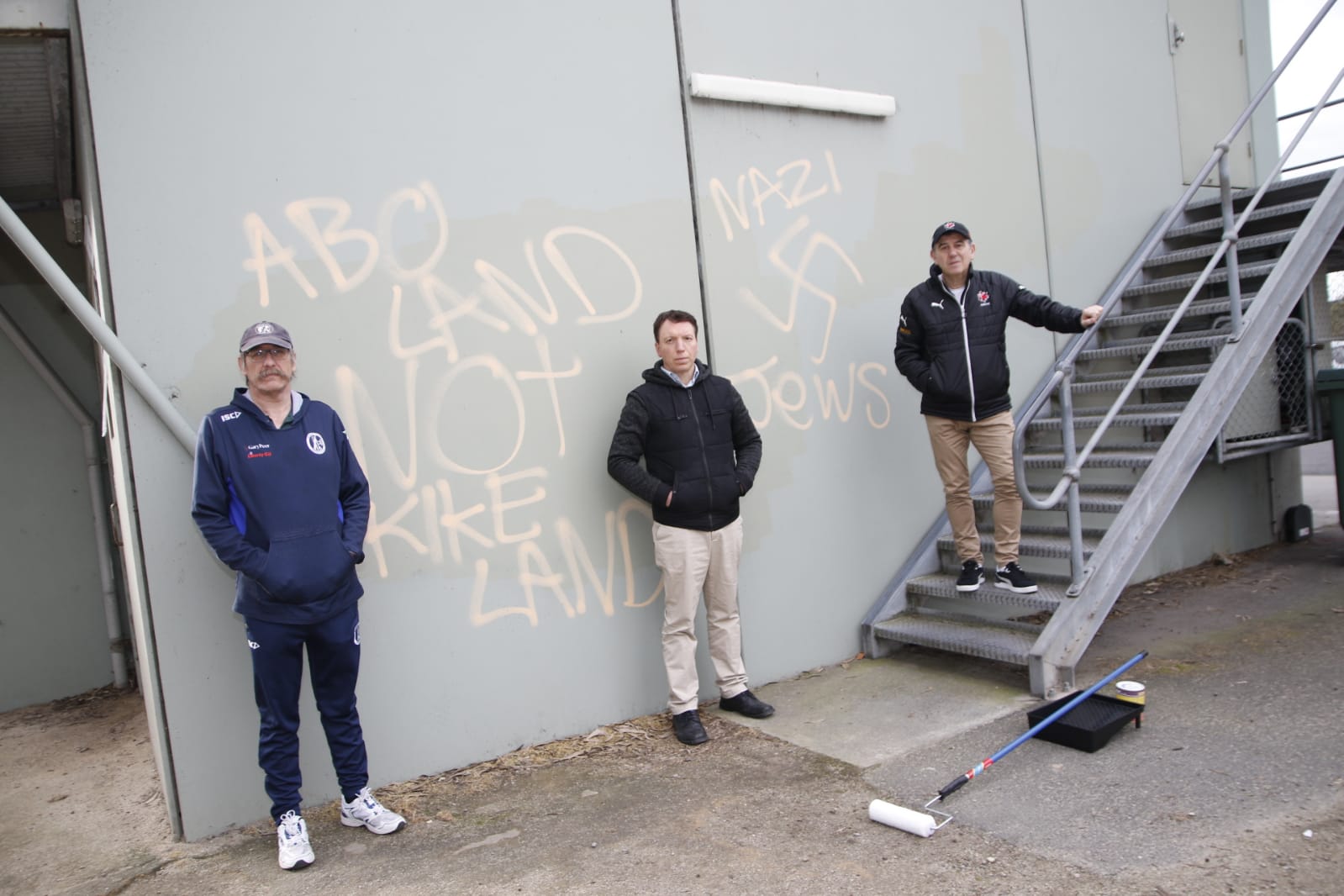 “This time it is a craven attack on a Jewish sports club where young people play,” Abramovich said.

“I am gravely concerned that there are people with pure hatred in their hearts walking our streets, brazenly defacing properties, and sowing the seeds of fear and intimidation. This cowardly act is an affront to all Victorians, and we must turn this, and other disturbing incidents, into a moment of resolve.”

Abramovich added, “[We] trust that the police will investigate this crime vigorously and bring those responsible to justice.”