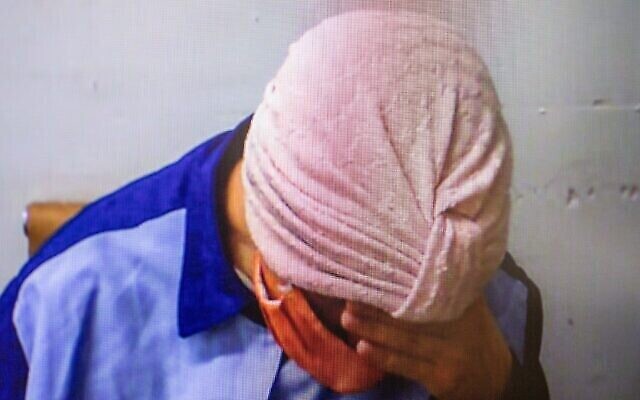 Malka Leifer appears via video link during a hearing at the Jerusalem District Court on July 20, 2020.

ALLEGED child sexual abuser Malka Leifer will be on a plane back to Australia to face 74 charges of child sex abuse within 60 days after Israel’s Justice Minister signed off on her extradition order overnight.

It comes a painstaking six years and 74 court hearings after Victoria Police filed an extradition request with Israeli authorities to bring the former Adass Israel School principal back to Melbourne.

Posted by The Australian Jewish News on Tuesday, December 15, 2020

“After many years of legal battle, it is our moral duty to allow the Australian legal authorities to put her on trial,” Nissenkorn tweeted. He had earlier vowed to sign the extradition order “without delay”.

Leifer’s lawyers said they would not be appealing the minister’s decision.

In a joint statement on Thursday afternoon, Attorney-General Christian Porter and Foreign Minister Marise Payne welcomed the signing of the extradition order.

Noting the “extremely serious allegations [against Leifer] which should be heard within the Victorian judicial system”, Porter said, “After many years, it now appears that is close to becoming a reality.”

Just in from Foreign Minister Marise Payne re Leifer extradition:“My thoughts this morning remain with the alleged…

Posted by The Australian Jewish News on Wednesday, December 16, 2020

Payne added, “My thoughts this morning remain with the alleged victims, including Dassi Erlich, Nicole Meyer, Elly Sapper, who have mounted a determined campaign to ensure that the allegations against Ms Leifer are heard by the Australian legal system.

“They have shown enormous patience and resolve. I hope these developments overnight give them confidence that this chapter in the long-running and difficult process is drawing to a close, and the charges against Malka Leifer can soon be heard in Australia.”

Meanwhile, “All who seek to evade justice shall know that they will not find a city of refuge in Israel,” Justices Anat Baron, Isaac Amit, and Ofer Grosskopf wrote in a unanimous decision denying her appeal.

At a hearing earlier this month, Leifer’s lawyers reiterated claims made previously, including that she would not receive a fair trial in Australia and that the alleged abuse was consensual.

9 LONG YEARS TO WRITE THESE WORDS….The extradition order has been signed, there are no more appeals.Leifer is…

Posted by Dassi Erlich; Beyond a Survivor on Wednesday, December 16, 2020

The appeal decision was welcome relief for Leifer’s alleged victims – sisters Dassi Erlich, Nicole Meyer and Elly Sapper – who first filed their police statements in Victoria nine years ago and have campaigned for Leifer’s extradition ever since.

Speaking to The AJN on Wednesday morning, Erlich said, “This decision means we are closer than we ever have been to closing this chapter of our lives knowing that we did everything we could to ensure Malka Leifer could not abuse anyone else.”

Describing the ruling as “a surreal feeling”, she added, “This decision is a celebration of everyone that has stood with us and never gave up hope.”

BREAKING NEWS!!!!!EXTRADITION APPEAL HAS BEEN DENIED!!A STAGGERING CONCLUSION TO 74 COURT HEARINGS! Only one more…

Posted by Dassi Erlich; Beyond a Survivor on Tuesday, December 15, 2020

Following the appeal decision, Nissenkorn tweeted, “I proudly support the ruling,” adding, “It is time to provide justice to Leifer’s victims. I will sign the extradition order without delay.”

The Supreme Court rejected the assertion made by the defence in its appeal that Leifer was still a resident of Israel at the time of the alleged crimes and therefore, if found guilty, should be allowed to serve her sentence in the Jewish state. However, it stated she could submit a request with Victorian authorities to serve her sentence in Israel.

Noting her “mental health issues” and “unique nature of her religious way of life”, Leifer’s lawyer Nick Kaufman told The AJN on Wednesday, “Should Malka Leifer be convicted and sentenced to a custodial sentence, we hope that the relevant authorities will accede to a future request that she serve such a sentence in Israel.”

The Israel Ministry of Foreign Affairs said it would “continue in full cooperation with the Australian authorities toward justice”.

“We hope today’s decision will bring some comfort to the victims who have waited for so long.”

Six years and 74 court hearings in the making. Israel’s Justice Minister Avi Nissenkorn: “It is time to provide justice…

Posted by The Australian Jewish News on Tuesday, December 15, 2020

The Israeli embassy in Canberra, meanwhile, hopes the decision “finally allows a swift progress in Leifer’s extradition to Australia to face allegations against her and see justice done”.

Stating, “Although this latest development is a significant step forward – possibly the most positive steps thus far – in what has been a long process,” Australian Attorney-General Christian Porter noted, “There are still steps to be undertaken in Israel. Nevertheless this is a significant milestone which should provide alleged victims some hope that this part of the process to bring Ms Leifer to justice in Australia is edging closer to a conclusion.”

Foreign Minister Marise Payne commented, “We look forward to the legal system continuing to serve the best interests of a just and fair outcome.”

Federal Liberal MP Dave Sharma, who has campaigned for Leifer’s extradition since his time as ambassador to Israel, hailed the decision as “a day of great relief for Ms Leifer’s victims, for the Australian Jewish community, and for all who stand on the side of justice”.

Federal Labor MP Josh Burns added, “Dassi Erlich, Nicole Meyer and Elly Sapper never stopped fighting for justice. They deserve their day in court. And they will finally get it.”

Noting, “The fight for justice has been long and painful,” Victorian Premier Daniel Andrews said, “It’s now one step closer for these brave young women and their families.”

"The arc of history has proven painfully long, but it did bend irresistibly toward justice."

“The arc of history has proven painfully long, but it did bend irresistibly toward justice. What has strengthened the arm of the survivors of Leifer’s alleged abuse – indeed, all survivors of sexual abuse – is the simple principle that those credibly accused of such heinous crimes must face their accusers in court,” Zionist Federation of Australia president Jeremy Leibler said.

“Dassi, Nicole and Elly have been incredibly strong through these many years. Their ordeal is not yet over, but we have come one giant step forward. Finally, it is time to bring Leifer back.”

Declaring, “This is a just and fair decision,” Australia/Israel & Jewish Affairs Council executive director Colin Rubenstein stated, “Leifer’s alleged victims have waited a long time for their day in court. We hope this latest decision provides them with hope that their case will finally be heard.”