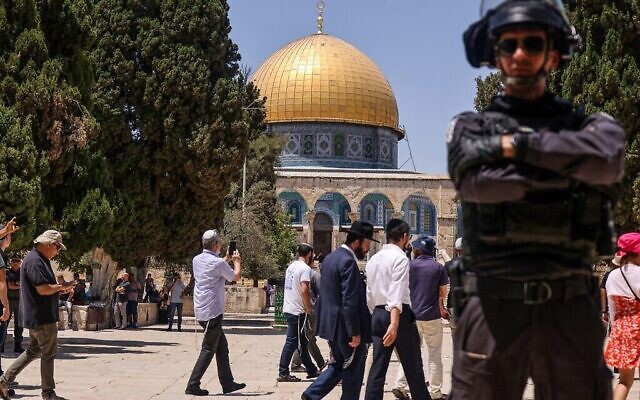 I REALISE that by criticising John Lyons I am proving his theory that any critic of Israel is “attacked” (i.e. held to account for accuracy), but since such conspiracy theories are always self-fulfilling, I will ignore such concerns and continue to seek the truth.

Mr Lyons’ proof of the “attacks” by the “pro-Israel lobby” rests on a few anecdotes. I tried to establish the veracity or otherwise of at least one, and uncovered the following:

Mr Lyons wrote in your newspapers last weekend (and repeated at length on ABC Radio) that, “Jodi Rudoren, who was from an observant American Jewish family and came to Jerusalem to report for [the New York Times] when I was there, was attacked even before she landed in Israel. Her crime? After she was announced as the new NYT correspondent, an Arab American sent her a note of congratulations. She replied with a thank you in Arabic: ‘Shukran’. For that, she became a target.”

A terrible story indeed! A journalist is attacked simply for using an Arabic word, once!

Yet, according to The Jerusalem Post, the facts are very different:

Within an hour of confirming on Twitter that she would soon be arriving in Jerusalem, Rudoren responded to a tweet from Ali Abunimah, the founder of the website Electronic Intifada.

“Hey there. Would love to chat sometime,” she wrote to Abunimah, adding that she had heard “good things” about him from a Cairo-based New York Times colleague.

Abunimah, a Palestinian-American, is an anti-Israel activist who has described Zionism as “one of the worst forms of antisemitism in existence today”.

Rudoren also responded to a tweet from Philip Weiss, founder of the blog Mondoweiss.

Weiss is a self-described anti-Zionist whose site is dedicated almost entirely to content critical of Israel and Zionism.

She then re-tweeted Times columnist Roger Cohen’s favourable review of a forthcoming book, The Crisis of Zionism, by author Peter Beinart. “Book is terrific: provocative, readable, full of reporting and reflection,” Rudoren wrote. Beinart is the author of a much-discussed 2010 essay in the New York Review of Books calling for an end to what he described as the false equation of Israel criticism and anti-Zionism, and warning of eroding liberal Jewish-American support for the Jewish State.

On Wednesday, Rudoren retweeted two articles posted by Sami Kishawi, a Palestinian-American blogger who says of himself on his Twitter profile, “I dabble in the art of Zionist-busting.”

One of the articles, “Palestine: Love in the Time of Apartheid”, was from Al Akhbar, the Lebanese pro-Hezbollah newspaper.

As Twitter followers extended their congratulations on her new position, Rudoren responded five times within two hours with the word “shukran'”(Arabic for “thank you”), but not once with its Hebrew equivalent – todah.”

According to this far more detailed version of events, it seems Ms Rudoren’s use of the word “shukran” was absolutely not the “crime” for which she was “attacked” and, hence, Mr Lyons’ accusation does not stand up.

I do not know if his other anecdotes are true, but we now have good reason to wonder.

Will The Age and SMH be publishing a retraction?