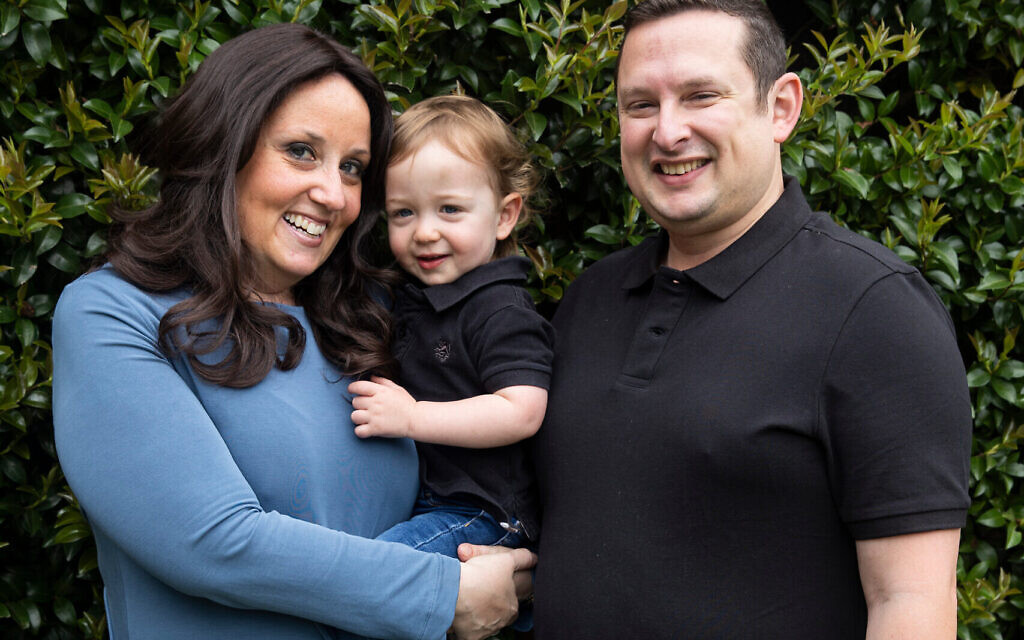 Janine and Shimon Davidowitz with their son, Levi.

NEXT to her mother’s hospital bed, Janine married Shimon Davidowitz in November 2015. She would soon be confronted with the devastating loss of her mother just two days later.

“My mum was my best friend. It was so hard when I lost her. She was my confidant, she was everything and what she thought of me was very important,” remembers Janine.

Betty Levy was raised as an only child after her parents, both Shoah survivors, lost a son and a daughter during the Holocaust.

“Then they went to Belgium and decided they had to prove themselves to Hitler and they had another child. They had my mum and came to Australia,” shares Janine.

“Her father never spoke of the children they lost, and her mother was very protective of [my mum].”

Betty’s wish was for her daughter to have more than one child, and it’s a dream Janine has inherited, but one that is proving more difficult to realise than anticipated.

“It took me a year to comprehend not having my mum around to help raise my child … Then when we did try for a child, it just didn’t come naturally,” she says. 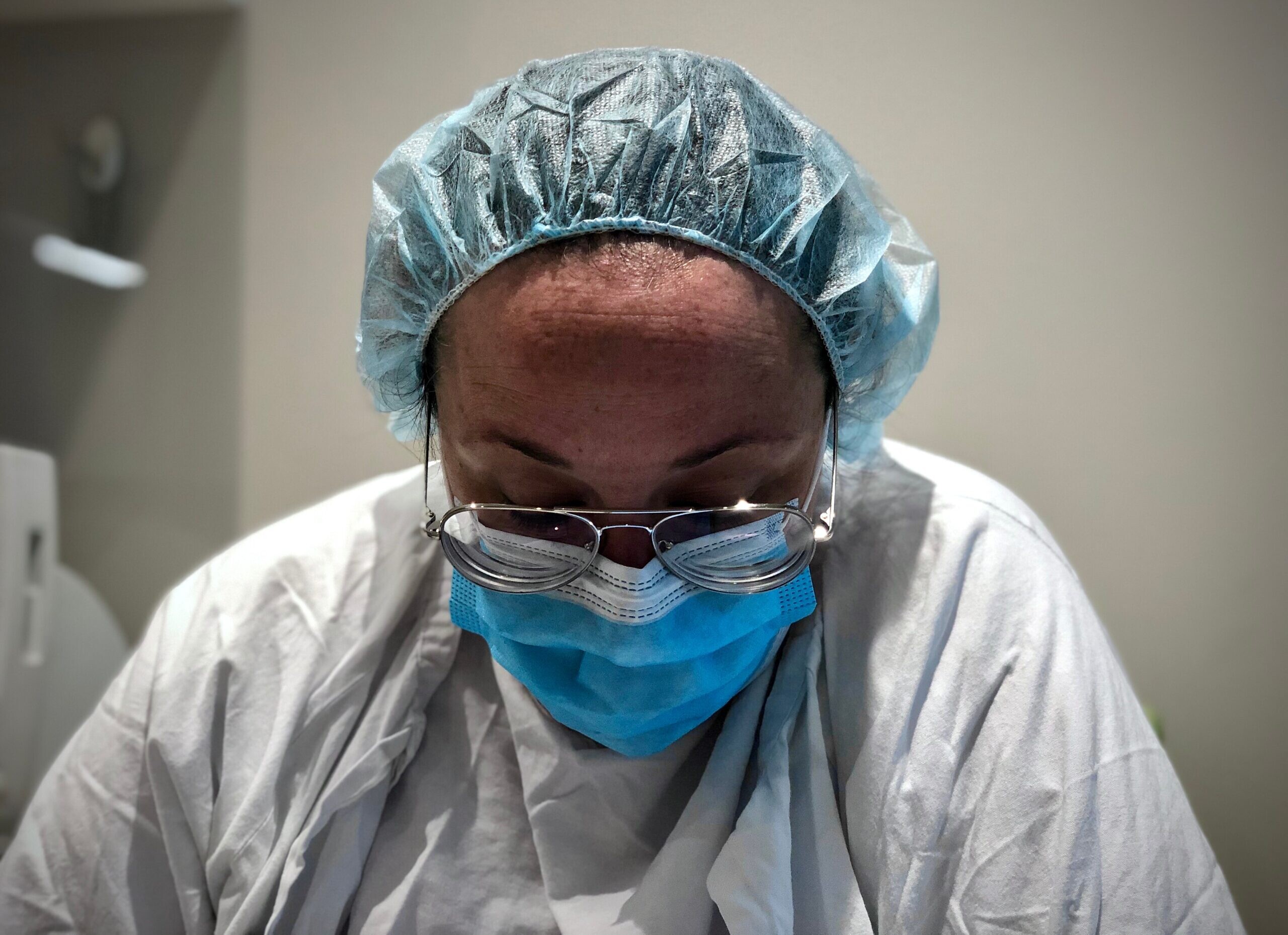 AFTER undergoing one cycle of IVF, a baby boy brought joy into Janine and Shimon’s world when Levi was born in February 2019.

“We have our son and [parenting] is the best job in the world I’ve ever had. You can’t explain it,” says Janine.

Knowing she has previously conceived through IVF and carried a healthy baby to full-term is a source of comfort as the challenges of conceiving through IVF have multiplied during their attempts to have a second baby.

Since mid-2019, IVF for Janine has involved the insertion of two embryos, a miscarriage, two failed embryo transfers, a waiting period while elective medical procedures were paused due to COVID-19, and an aborted cycle.

“It takes a toll emotionally, mentally and physically. There are so many ups and downs because you are on medication. There are extreme highs and lows,” says Janine, who turned 40 in August and is now undergoing her third round of IVF.

“Even though everything is genetically fine with us, even for my age the eggs are good, it just hasn’t been working.

“You need a supportive network around you. I have a very supportive husband and couldn’t do it without him and friends to pick up pieces.”

Over the last two months, director and producer Adam Dostalek, cinematographer Calum Stewart and editor Michael Amoroso have followed Janine and Shimon’s IVF journey, documenting each part of the process in a mini-documentary, which will be screened at the Australian Jewish Fertility Network (AJFN)’s free online event, Stories of the Soul, on Wednesday, November 18 at 8pm.

Allowing entry into a vulnerable experience has been trying for Janine, who describes herself as a private person, but knowing her journey is being captured for a greater purpose has given her impetus to continue filming.

“I want people to know what it is like to go through, to remove the stigma, and show how to talk to people that are going through something like this,” emphasises Janine.

On the latter point, her advice is to not pry into details, but to simply express support and love.

“If somebody is going through IVF, don’t ask them what is going on, or where they are at, just let them know you are there and praying for them … It’s much easier when a person is not going through it to ask them after the fact.” 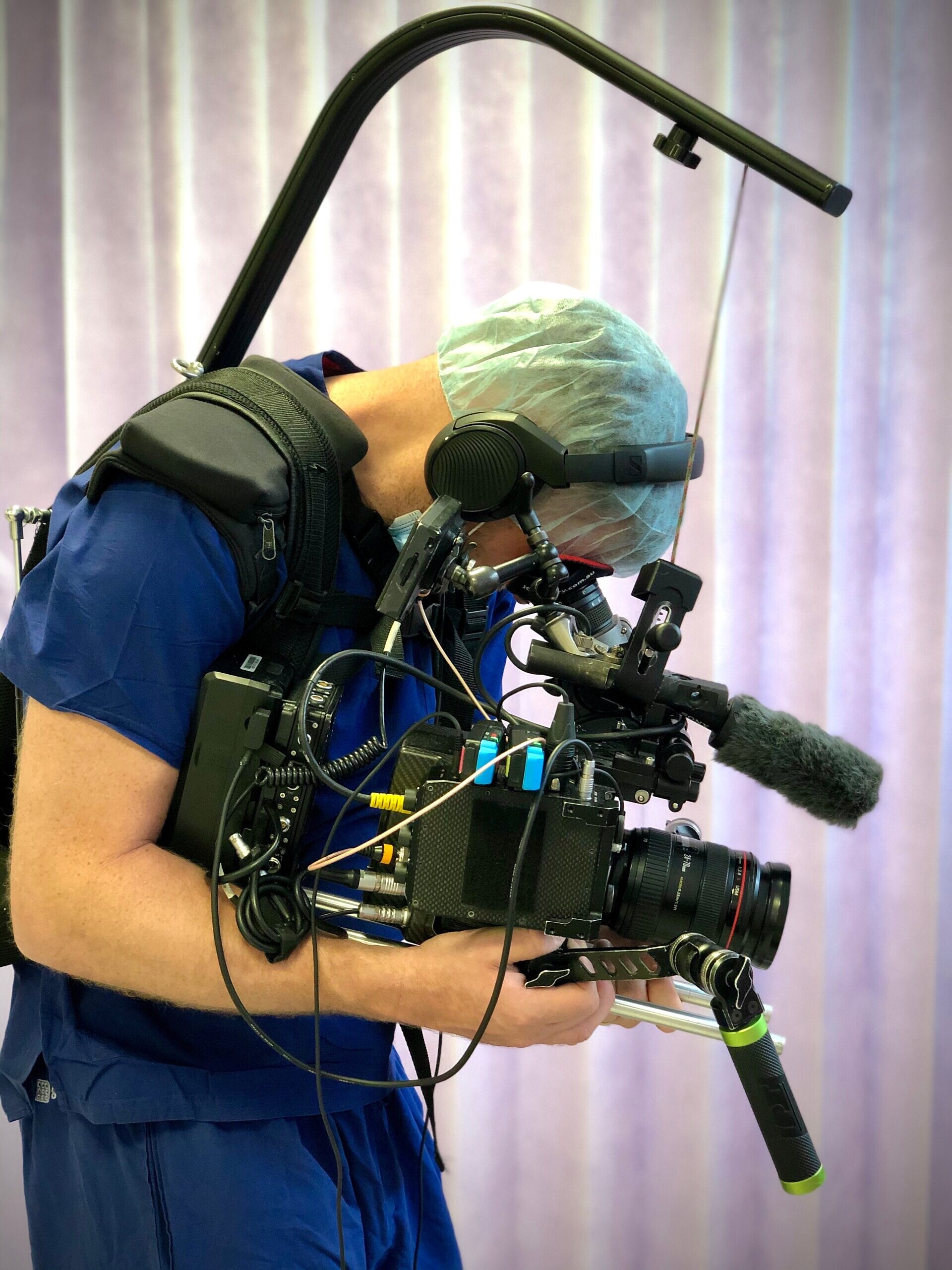 BY Janine’s side throughout IVF, Shimon often wishes he could do more.

“It’s the main thing that took me as a surprise … how helpless you feel as a male. You see your wife going through this and taking hundreds of injections … If I could take some of the injections for her, I would.”

Motivated to dispel the stigma surrounding infertility, Shimon has identified a shroud of silence in broader society that he hopes the documentary will help to lift.

“When you see Netflix films like Unorthodox, you see how taboo sexual difficulties are. They are not spoken about and people don’t know there is help.

“People are told you get married, have a kid and it’s so easy … To build a big family is very important in Judaism, but often it doesn’t happen so easily for everyone … You don’t know where to turn if it’s not that easy.”

When Shimon’s sister heard her brother and sister-in-law were considering IVF, fortunately she could advise Janine and Shimon where to turn, suggesting they reach out to the AJFN.

The organisation’s executive director, Shterny Dadon, connected Janine and Shimon with rabbinic adviser for the AJFN, Rabbi Yehoram Ulman, who ensures that Orthodox couples can undergo IVF while adhering to halachah at every stage of the process.

“We have restrictions because of ritual purity and I need to go to the mikvah before I touch my husband so that adds another aspect,” explains Janine.

A mashgichah (female supervisor) must also oversee the sperm or egg when either is examined at the IVF clinic.

TRACING the Davidowitzes’ journey has been an eye-opening experience for Adam.

Recently filming the collection of eight eggs was “absolutely incredible”, he says.

“When Janine woke up, my camera was right there, in her face … I saw it as it happened. It was a real privilege to be a part of.”

Interweaving Janine and Shimon’s home videos with Adam’s up-close footage of the IVF process itself, the production offers raw insight into a couple’s experience with IVF.

It’s a story that has impacted Adam on a personal level, too.

“Most people don’t realise how difficult it is to have the miracle of creating a family. I’m not married, I don’t have children. I want it all one day and we take childbirth for granted,” he says.

Of the filming process he adds, “This is what I live for. This is why I do what I do; to push myself as a storyteller, to have a real impact on our audience.”

Join us for an inspirational evening to support couples in our community experiencing infertility. We will take you…

UPON returning home after a recent appointment, there was a kosher meal by Janine and Shimon’s front door.

It’s these acts of kindness, and the emotional and financial support from the AJFN that have been a lifeline for the Davidowitzes.

The mini-documentary is their gift to the AJFN, and sharing their story is a “great responsibility and a great privilege” stresses Shimon.

“If you are going through it as a couple it can be a very lonely process … We are very privileged to be able to do this and if one person gets help from it, we have achieved something.”

As word has spread about the film focusing on fertility struggles, “the wider community has been saying, ‘Thank you for sharing your story and putting yourself out there'”.

“It reiterates why I am doing this,” says Janine. “There are so many people suffering in silence … It shouldn’t be a stigma to go and ask for help … Some of us have to fight more than others for what we want.” 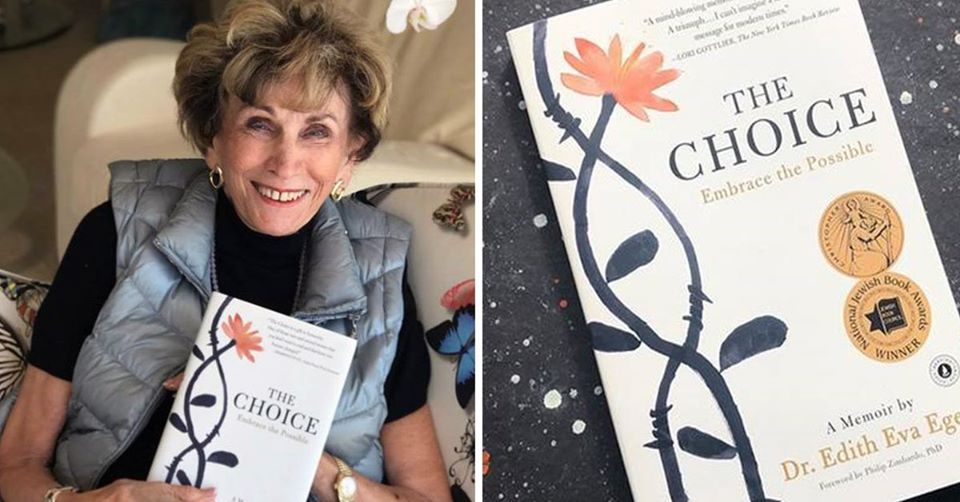 EMPOWERING women with choices and helping others unleash their true self underpins 93-year-old Holocaust survivor and world renowned psychotherapist Dr Edith Eger’s decision to speak at the AJFN event.

“Hopefully the AJFN will celebrate giving birth first to the you that was meant to be … Love yourself because self-love is self-care.”

Her ‘Edie-isms’, as Eger’s daughter has coined them, are memorable nuggets of wisdom that guide others towards empowerment and self-growth over victimisation.

While speaking to The AJN, Eger gestures to her butterfly pendant, and fuchsia shawl imprinted with a pattern of butterflies draped around her.

Book now for Stories for the Soul, AJFN's free online event on Wed 18 Nov, 8pm. Join us for an inspirational evening as…

“Are you revolving or are you evolving?” she asks. “I am wearing butterflies because I like the idea of the ages and stages of development. What are you holding onto and what are you willing to let go of?”

Though Eger asserts she lives in the moment, the trauma of her past echoes into the present.

By virtue of example, she tells of a time in San Diego a few years ago when Eger was on her way to a restaurant. Walking along a cobblestone street brought back memories of German children spitting at her, and calling her a dog and pig.

But it is a survivor mentality to rise from the ashes – not in pursuit of overcoming adversity, but to move forward with trauma and build a life of meaning.

“If I would hate, I would still be a prisoner and a hostage of the past and that is why I am giving myself a gift to be able to let go but not to run away from the past or deny the past,” says Eger, who will be in conversation at the AJFN event with fellow psychotherapist and author, Dr Margo Lowy.

“Edith’s indomitable spirit will move you and her message of determination and hope, together with an ability to deliberately choose how to respond to adversity is particularly relevant for 2020,” says Lowy.

“I feel immensely privileged to be part of sharing her incredible story … Oprah has said she was forever changed by Edith’s story.”

In her 2019 interview with Oprah, Eger discusses the enduring power of the human spirit.

“Even in Auschwitz I could find the part in me that the Nazis could not touch. [They could] throw me in the gas chamber any minute, beat me, torture me … but one thing they could never do is murder my spirit. That is what I bring. That spirit that I discovered in Auschwitz that I can turn to.”