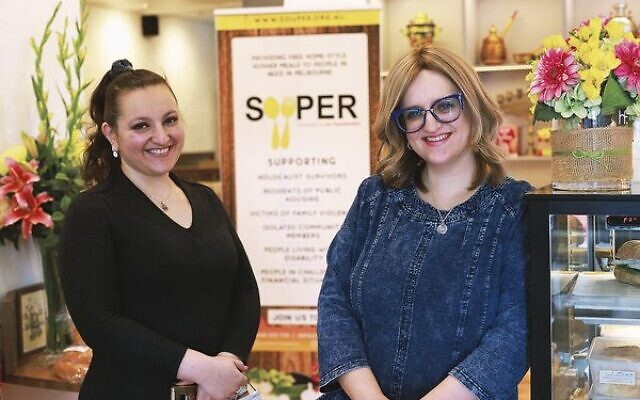 Prior to lockdown, the team at Souper Kitchen – the bistro’s sister charity – were running 100-person community cook-off days, preparing and distributing thousands of meals a month to those who would otherwise go hungry, efforts that Bendetsky and her team of volunteers put their heart and soul into.

When the pandemic hit, the team had a fourfold increase in those needing to access help, but their volunteer efforts had to be cut due to capacity restrictions. “In the beginning, no one knew what to do,” said Bendetsky.

Moving into the Souper Bistro space on Balaclava Road earlier this year, which for four years previously had been Lebanese restaurant Almazett, the team were excited to continue using the property as a cultural hub, although this time one for the unique Jewish Russian community.

The menu celebrates humble and authentic food which honours the history of Russian life and cooking. Zamel-Well said the food is “the story of all of us”.

The concept was originally sparked in 2015 when Avi came up with the idea to extend their Shabbat table. Hiring a hall in a B’nai B’rith building, the pair invited friends and family to cook and eat together, with no budget for catering, just a desire to unite their community.

“There were 75 chairs in the space and all the chairs were taken. Everyone wanted to be a part of it,” recalled Bendetsky. 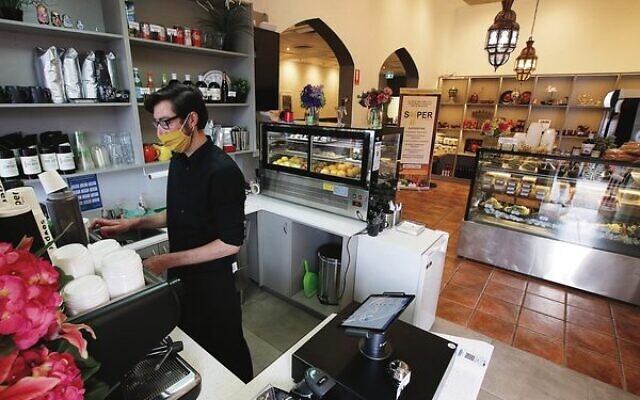 In 2018, Souper Kitchen opened its doors, operating out of St Kilda Shule to provide free, homely, kosher meals to people in need, including Holocaust survivors and victims of domestic violence. The project predominantly attracted migrants, a section of the community that the owners and staff have a deep connection to through their Russian heritage.

Avi said as well as serving up food, Souper Bistro, a registered synagogue, will also be transformed into a tutoring, care and training centre, a place for community events and a safe space for people enduring hardship or willing to find a place to celebrate the spirit of community belonging.

The team have partnered with several teachers to run free tutoring sessions for vulnerable children and plan to run afternoon teas for Holocaust survivors and single parents.

Currently, the restaurant is operating as a takeaway cafe, with all profits going towards their free hamper program which operates out of Blake Street Synagogue, attracting more than 40 dedicated volunteers who deliver to about 30 suburbs across Melbourne.

But once restrictions begin to ease, Bendetsky said they will immediately begin to offer what they can to smaller groups, including Torah lessons in Russian and challah-making sessions. The couple are also hoping to bring vulnerable children and teenagers off the streets and to give them something meaningful to take part in. “Supporting the community supports us,” she said.

Volunteer Avishai Josephson, who does around 60 deliveries on a Thursday, mainly to those in public housing, said, “I just love seeing the smiles on the faces of people when they get their package.”

Zamel-Well added: “If someone is asking for food, there is so much more we can do for them.”

As Melbourne opens up, Souper Bistro will operate as a restaurant for the general community during the day, with profits driving a transformation of the space at night. At the counter, an $18 ‘Pay It Forward’ also gives community members the ability to fund the creation of free meals for those in need.

Bendetsky has made sure that the entire place is disability friendly and has teamed up with Access Inc, offering them a space to train people living with disabilities in the kitchen and on the Access Inc coffee machine.

Bendetsky told The AJN that they want to be a space that celebrates difference and makes migrants feel safe and welcome. “Every accent is another layer of identity, of storytelling,” she said. “We can all learn from each other.”

Souper Kitchen’s delivery services can be 100 per cent confidential, stressed Sarah, who is hoping that donors will jump on board to support the budding business.