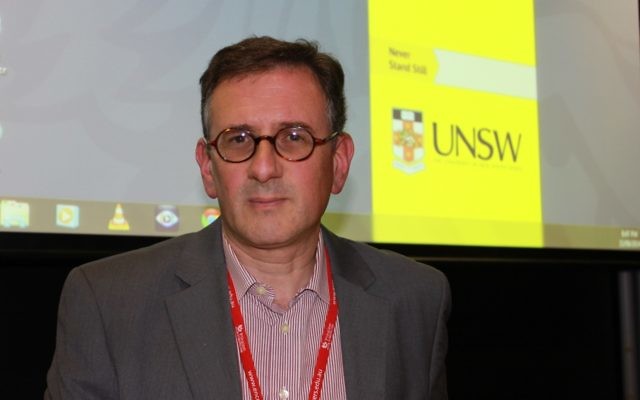 FROM tackling anti-Semitism through music to what makes Bibi Netanyahu tick: these were some of the topics at this year’s Yom Limmud festival on Sunday, June 15.

More than 300 people filled lecture rooms at the University of New South Wales to hear local and international speakers present on a range of topics.

“We’ve received wonderful feedback to the effect that ‘this is one of the best Limmuds ever’,” Encounters@Shalom education director Michael Misrachi told The AJN.

“We had a wonderful turnout and everyone went away [feeling] very stimulated and having enjoyed a great day.”

One of the speakers at the event was Matthew Kalman, an author and a former editor-in-chief of The Jerusalem Post, who gave insight into the life and mindset of Israeli Prime Minister Benjamin Netanyahu in a session titled “Psychobibi – What makes Bibi tick?”, from the passing of his brother to his unique style of leadership.

Another presenter was Polish-born Klezmer performer Fay Sussman, who gave audiences a glimpse of her upcoming documentary Fay’s Journey.

After vowing never to visit Poland again, Sussman returned to her home country to perform a number of concerts to “revive Jewish heritage” for future generations.

Sussman teamed up with filmmaker Judy Menczel and co-producer Lawrence Jackson for the documentary, which she hopes will be released soon. “I never wanted to set foot in Poland, but Jewish culture and revival is really important, and counteracting anti-Semitism is very important,” Sussman said in her session. “You survive for a reason, to make a difference in this world.”

Misrachi said the feedback has been “overwhelmingly positive”.

“People are saying the calibre of the speakers was outstanding, the food was really good, which, of course, is an important aspect of any Jewish event,” Misrachi joked.

He thanked all the volunteers who made the day possible, in particular co-chairs Rachel Lustig and Kitti Papp.

Appealing for the public to support Limmud Fest – a weekend residential Limmud program in November – and next year’s Limmud Oz in Sydney, Misrachi said he welcomed “new faces and enthusiastic Limmudniks to get involved in our events”.

“We had a lot of [first-timers] at this Limmud, and for the first time they realised and appreciated how expansive and inclusive Limmud is, in terms of exposing people to new ideas … and to revel in the joy of Jewish learning and Jewish life.”

To get involved with Limmud Fest and Limmud Oz Sydney 2015, email limmud@shalom.edu.au.