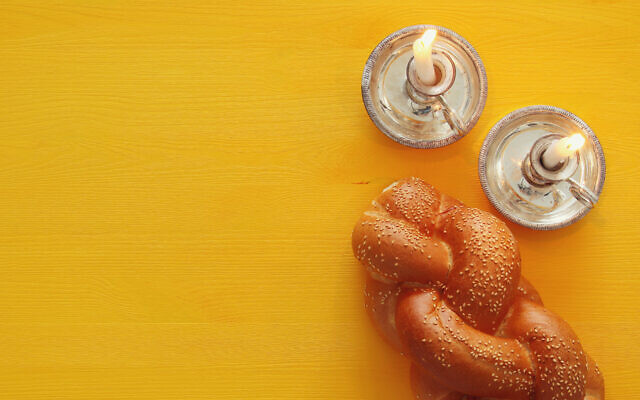 My children’s bedtime routine includes bringing me a book or two to read to them. There is one book which is a favourite called Super Dooper Jezebel (by Tony Ross) about a girl who is perfect and enjoys telling other children how to behave but comes to an unfortunate end.

It got me thinking, everybody makes mistakes, right? It’s human to err. Jewish tradition has always placed righteous people on a pedestal. Such personalities, few and far in between though they may be, are understood to be perfectly tuned in to God and live on a more spiritual plane than the rest of us. This is the reason that they have often served as representatives of the Jewish people.

So how are we, ordinary human beings who are all too accustomed to making mistakes, to derive inspiration and guidance for our everyday blunders? How can we possibly relate to perfect individuals?

In fact, my wife resisted the title of rebbetzin (and still does) when we were appointed as the rabbinic couple of our shule for this very reason. Growing up, the rebbetzins that she knew or learned about were righteous people to whom she wouldn’t dare compare herself.

I found a very inspirational lesson from this week’s Torah portion of Eikev that can encourage us to learn from and relate to Aaron, the High Priest.

Moses recalls how his brother Aaron played an active and central role in one of the worst sins in the history of the Jewish people, the making of the Golden Calf. “Hashem became very angry with Aaron to destroy him …” (Devarim 9:20).

The sin of the Golden Calf occurred just 40 days after the giving of the Torah at Mount Sinai. From one of the highest points to one of the lowest, this was their greatest fall. How could Aaron have had anything to do with it? How could this exemplary tzaddik have had any involvement in an act of national idol-worship?

Compounding this question even further, Aaron was only made the High Priest after the sin of the Golden Calf.

During the Temple times, synagogues and prayer were less integral to Jewish ritual, as worship was primarily focused in the Temple and sacrifices offered there. The High Priest was at the centre of Jewish religious life.

What’s more, an integral part of the role of the High Priest was to pray on behalf of the Jewish people and secure forgiveness. In what position was Aaron to seek forgiveness for the rest of the people? Wasn’t his reputation tarnished by the sin of the Golden Calf? Perhaps an absolutely pure individual who had no history of involvement with idol-worship, like Moses, should fulfil that role?

First, let’s address Aaron’s role in the tragedy of the Golden Calf. Due to unfortunate miscalculations in Moses’ estimated time of arrival back down from Mount Sinai, the Jewish people began to worry. The hours ticked by and the sun began to set and there was no sign of their leader.

A small group called for the creation of a new deity. Hur, Moses’ nephew, protested and a mob murdered him. The Jewish people turned to Aaron as the deputy leader and, shockingly, Aaron did not refuse. Not only did he not protest like his nephew Hur, but he volunteered to help.

In fact, Aaron was stalling for time and deployed multiple tactics to do so. He was sure that he could slow down the process, hoping that before the Golden Calf was ready, Moses would be back. Tragically, he had miscalculated the frenzy and the idol was served before Moses came down.

To address the second question, we need to understand the differences between Moses and Aaron. Moses was a man of God. Aaron was a man of the people. Moses prioritised truth above all else and Aaron prioritised peace. This translated into different styles of leadership. Moses was intensely holy and kept the physical world at arm’s length. Aaron, in contrast, was uniquely warm, friendly and approachable.

Aaron was the type of person who a Jew in distress could knock on his door in the middle of the night to pour out his troubles. Aaron would resolve disputes between couples and between friends. He would deal with every individual with compassion, sensitivity and empathy.

Rashi points out that in the Torah’s account of these two great leaders’ deaths the absence of one word alludes to a subtle, yet essential difference between them. In both accounts, Israel weeps for their lost leaders, but in the story of Aaron’s account it adds the word “kol” – the “entire” house of Israel wept, both men and women.

Aaron was human, and this was his strength. When people saw him, they saw someone they could emulate and draw inspiration from, rather than a model of unattainable perfection. This is what made Aaron qualified to be the High Priest. He was a living example that someone like him, who had brushed with sin, albeit with noble intentions, could still dedicate his life to the sacred ideals of the Torah and never give up hope of achieving them.

Aaron was an effective leader because when people looked at him they could relate to him and say that if he reached the high spiritual level where he is today, so can we. Perfection isn’t achieved at birth but by overcoming one’s personal struggles and challenges.